Since she came to Berlin in 1988, Simone Mangos has endeavoured to systematically reflect upon the history of Germany and to find ways and means to incorporate its unique ordinariness into her artistic work. The very essence of working in Germany as a non-German artist, as well as a growing awareness that neither the German public nor the German artists themselves will ever come to terms with their own past, inspired her to seek her own route into the past.

The concept of "Ordinary Germans", as it has been introduced and tested by historians in the English-speaking world, has acquired a remarkably strong foundation. Ever since Christopher Browning published his Ordinary Men: Reserve Police Battalion 101 and the Final Solution in Poland (1992), Holocaust scholarship has tried to analyse the attitudes, motivations and delusions of ordinary German citizens, who in one way or another must have been informed about the extermination of European Jewry under Nazi rule. The debate about Daniel Goldhagen's Hitler's Willing Executioners: Ordinary Germans and the Holocaust (1996), and indeed the question of how profoundly monocausal and "common" the whole nefarious logistics behind the Holocaust must have been, has also, as a by-product, consolidated the many symbolic characteristics that distinguish the Germans both as a nation and as a people. Eric Johnson's Nazi Terror: The Gestapo, Jews, and Ordinary Germans (2000) once again emphasized the unmistakable and almost universal banality that came with National Socialism, in demonstrating that though explicit wilfulness was rampant in many instances, it was especially German cowardice, apathy and routine obedience that made the implementation of Nazi politics possible.

Since she came to Berlin in 1988, Simone Mangos has endeavoured to systematically reflect upon the history of Germany and to find ways and means to incorporate its unique ordinariness into her artistic work. The very essence of working in Germany as a non-German artist, the perception of a people and a nation from an outsider's viewpoint, as well as a growing awareness that neither the German public nor the German artists themselves will ever come to terms with their own past, inchoate and contradictory as their diverse Deutschlandbilder necessarily are, inspired her to seek her own route into the past and to persist in finding the pictures that document both its uniqueness and its abhorring normality.

Recent work on the history and the vicissitudes of the so-called German Democratic Republic has confirmed Mangos in the idea that the Germans cannot necessarily be identified with the limited time-frame and the merry men of a single regime. As the picture of the DDR the Germans present to themselves becomes ever more one-sided, limited and even cabaretesque (cf. Wolfgang Becker's recent movie Goodbye Lenin), Mangos has embarked on a circumstantial project that seeks to analyse the continuity of totalitarian constructs and concepts under two German dictatorships, by again turning the attention to the very everyday instances that unintentionally witness a past and its people.

At its first presentation in Sydney, Ordinary Germans brings to the surface the objects as they have been found, excavated, saved, seen and (partly) conceptually recreated. As an intellectual and artistic enterprise, the exhibition is also, on a deeper stratum, an exercise in ideological archeology and microstoria.

Simone Mangos works in installation, sculpture and photography. She first exhibited with Roslyn Oxley9 Gallery in the late 1980s. Since 1988, Mangos has lived in Berlin and in that time she has exhibited principally in Europe. Over her career of almost twenty years, Mangos has been included in many important exhibitions including the current internationally touring Kunstraum Deutschland (premiered in Tel Aviv), the Australian Bicentennial Perspecta in 1987 and the Biennale of Sydney in 1990 (curated by Rene Block). In 2002 Mangos was included in a residency program at the British School in Rome. Mangos' work is held by the Art Gallery of New South Wales, Queensland Art Gallery and many museum and corporate collections in Europe and America. 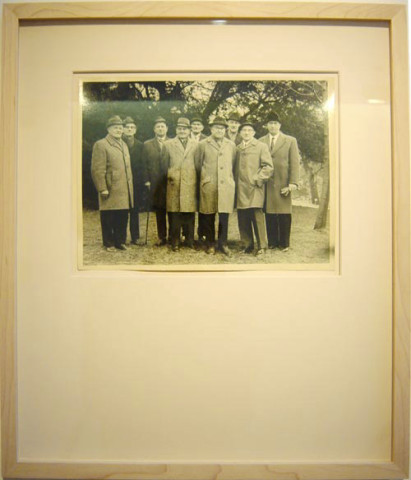 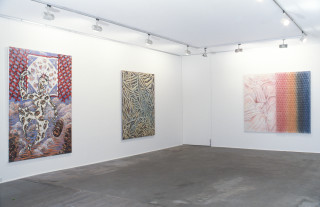