Daze of being Wild 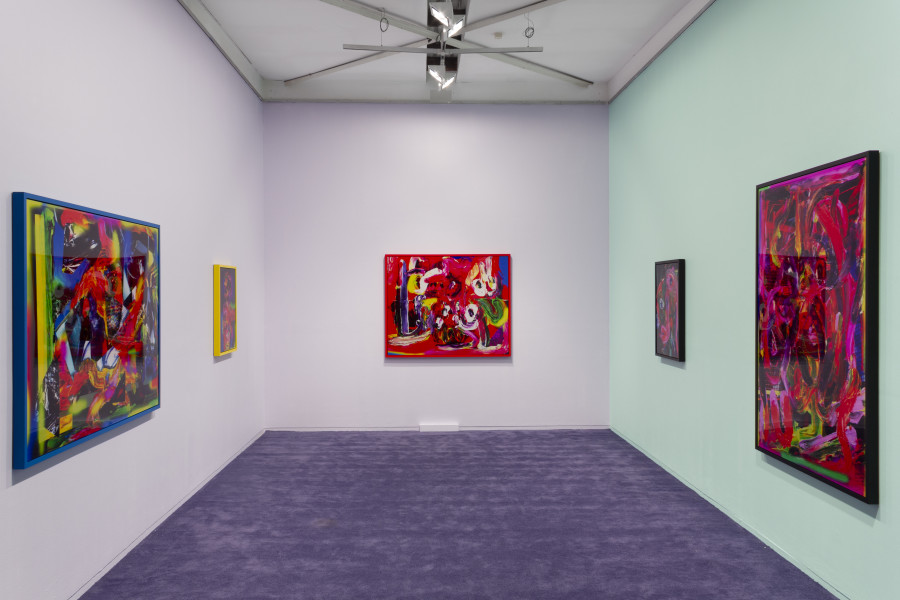 These are paintings about painting – a colour drunk re-imagining of the last sixty years of art, steeped in technology, nodding and winking at Modernism's various attempts to reinvent itself.

TV Moore’s new body of work Daze of being Wild is a series of high impact abstract images. These are paintings about painting – a colour drunk re-imagining of the last sixty years of art, steeped in technology, nodding and winking at Modernism's various attempts to reinvent itself. Patience and waiting can be much about the timing of an explosion; it took a long time for a lot to happen very quickly. After a sabbatical of almost two years away from making work the first of these pictures arrived in TV Moore’s apartment a little over a year ago. It was a figure called Pink Gumby, The Duke Of Urbino, After Liberace, youthful and exuberant in its mirth.  In posture it resembled both Piero della Francesca’s Duke of Urbino and Lina Bryans’ The Babe is Wise. In palette and reverence for technology, it felt more like a David Hockney. Somewhere in here, TV Moore had found a new way to make pictures. They are neither photographs nor paintings in the conventional sense, but a new kind of picture built in equal parts from history and technology. The stability of the Modern tradition clashes with a fervent future-driven stride to create a new fold of imagistic experience.

When the sort of post-war abstraction that informs these works first started appearing in the 1950s, the French critic Michel Tapié described it as "un art autre" – Art of Another Kind. He saw an art based on the irrational, on a rejection of everything that came before. What TV Moore does is not a rejection but an orgiastic critique, feeding high art through finger painting, spiking the colours, bringing the other kind in. Guston scurries around in the back of one picture; Frank Stella slashes the foreground of another. Willem de Kooning is never far from view.

You need to get intimate with the pictures in the flesh to be properly understood. What they are – painting or photograph – is not immediately clear. In the end, however, they are best appreciated as three-dimensional objects. Floating in hand-finished frames, trapped behind perspex, they are remarkably tactile. These pictures are as intelligent as they are fun. They have, like the best of TV Moore's work, a laughing decoy that obscures complex questions about preciousness and relevance. They tell jokes before they mug you.

TV Moore holds a Master of Fine Arts from Calarts, Los Angeles. He has been exhibiting internationally since 2003. Group exhibitions include Volume One: MCA Collection, Museum of Contemporary Art, Sydney, 2012 Tell me Tell me at the Museum of Contemporary Art (2011) and the National Museum of Art, Seoul, Korea (2012); New Psychedelia at the University of Queensland Art Museum (2011); The Regions at The Australian Centre for Contemporary Art, Melbourne (2011); The Trickster at the Gyeonggi Museum of Modern Art, Korea (2010); Mortality at the Australian Centre for Contemporary Art, Melbourne (2010);Kaldor Public Art Projects ‘Move: The Exhibition’ at the Gallery Of Modern Art, Brisbane (2010), Rising Tide: Film & Video works from the MCA Collection at the Museum of Contemporary Art, Sydney (2009); Video Swell Sydney at the Art Gallery of New South Wales, Sydney (2009); The 16th Biennale of Sydney (2008); The Busan Biennale (2008); The Inaugural Turin Triennale T1 - The Pantagruel Syndrome at the Castello Di Rivoli, curated by Carolyn Christov-Bakargiev and Francesco Bonami (2005); City Dwelling Demons at the Contemporary Art space Osaka (2005). His 16th Biennale of Sydney work is now in the permanent collections on Cockatoo Islans. He has been awarded a Location One studio fellowship in New York for 2013.  He was the winner of the 2009 Anne Landa Award at the Art Gallery of New South Wales. He was the recipient of the prestigious Samstag International Visual Art Scholarship as well as the Don Lucas Art Fellowship USA. Daze of Being Wild is TV Moore’s sixth solo exhibition with Roslyn Oxley9 Gallery 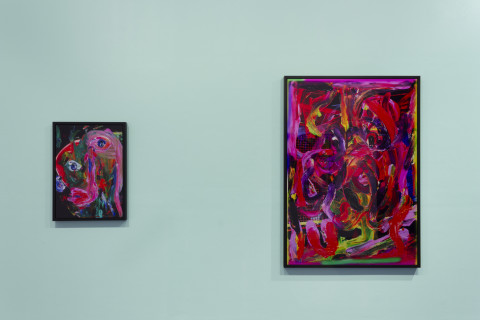 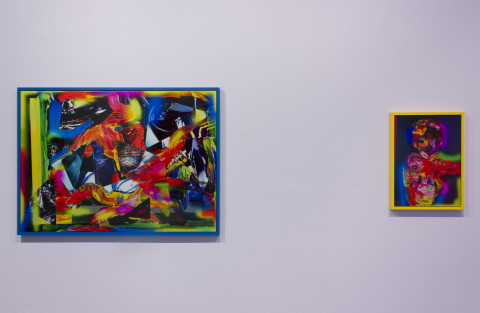 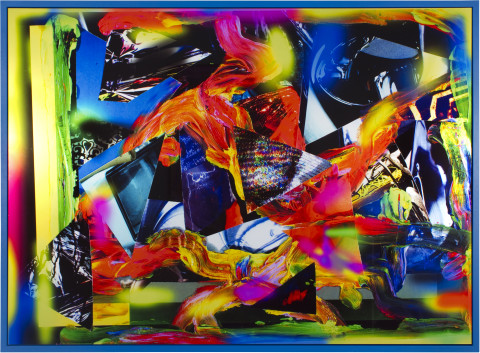 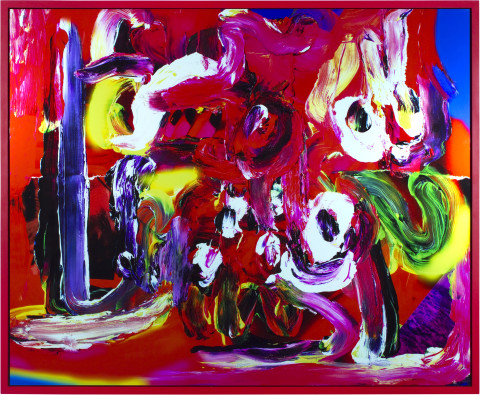 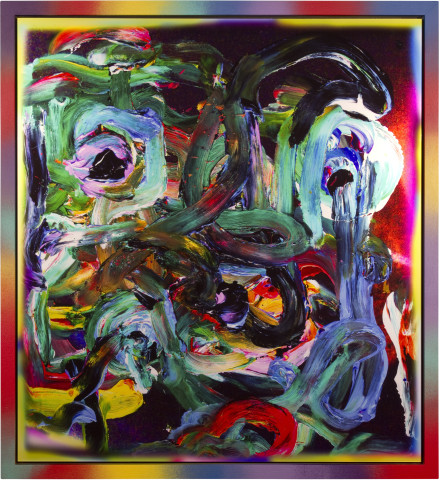 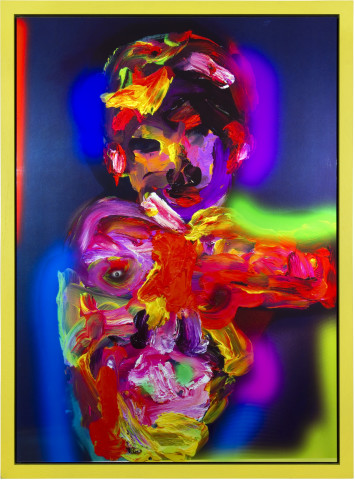 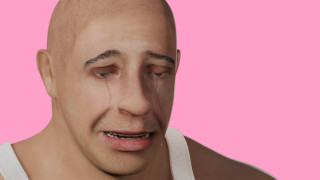 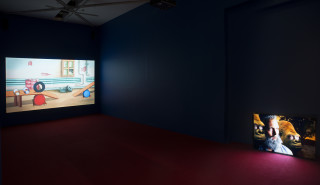 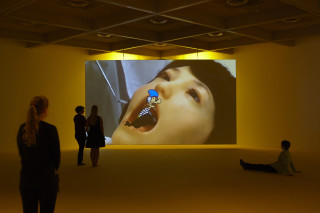 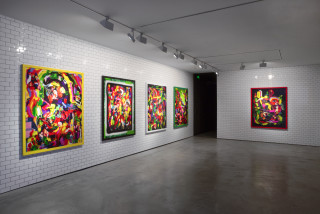 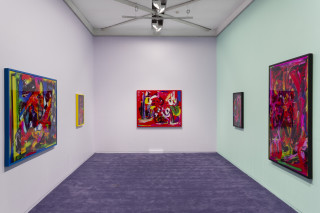 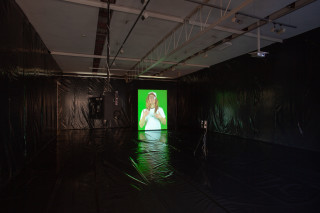 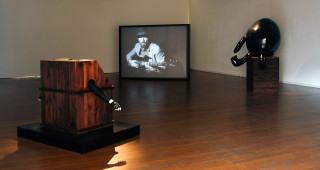 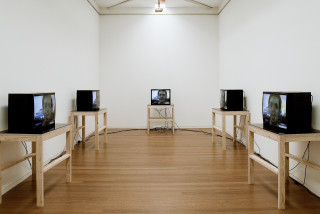 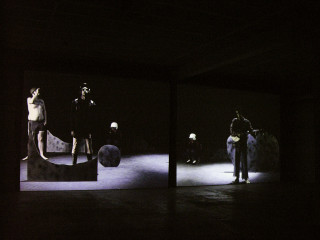