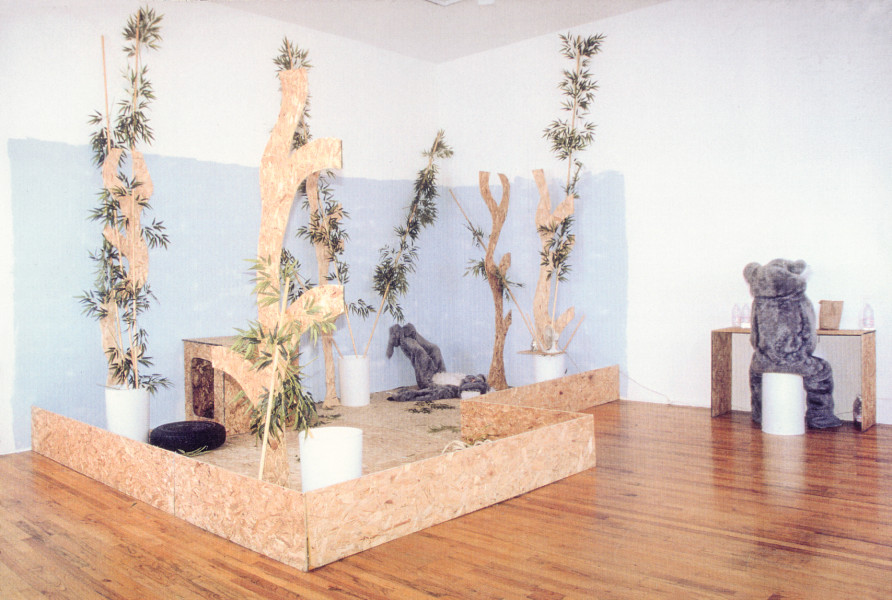 Kathy Temin first gained recognition for Pet Corner, a performance project staged as part of the group exhibition Wish You Luck at MoMA PS1, New York, in 1998. For the work, Temin recruited non-union actors to perform as a pair of mating koalas. Of the 14 actors who auditioned, only one was Australian and none had seen a koala in person; the performers had to rely on their ideas of the animal's habits to embody a way of being that was completely foreign to them. 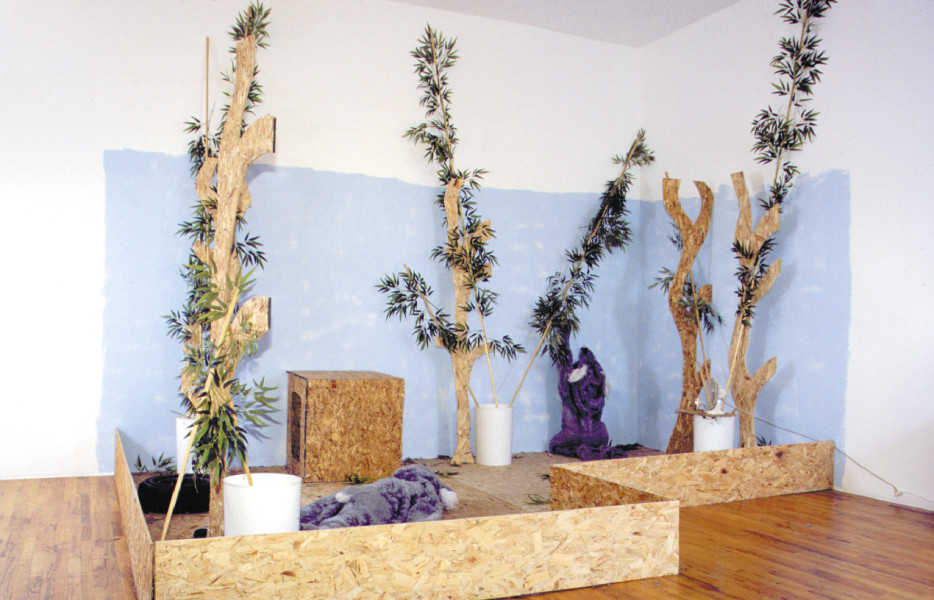