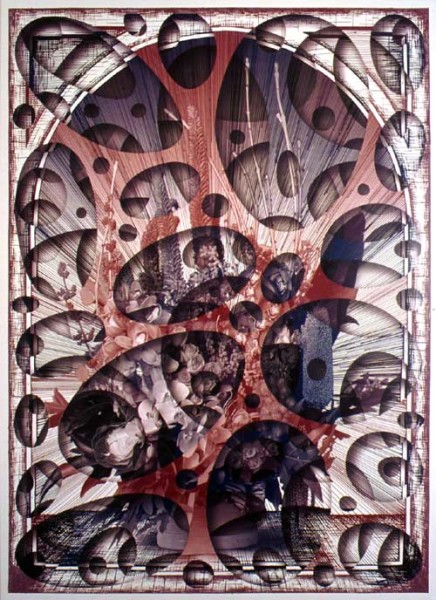 Camp is code for a world of appearance in which everything counts: an artist, and the art, has to look good and talk better: and everything is imbued with a healthy dose of irony. The King of Camp was Warhol his avatar Koons, Carsley is in train. And all play with kitsch.

According to the man on BBC 1, the voice of record, the recent flooding in Germany and Central Europe was the worst in a hundred years. He could have said, if historical accuracy was at stake: the worst flooding in Europe since the Allies bombed the Rhine and Ruhr valleys. Such is the fiction of history and the [deliberate] brevity of cultural memory.

Meissen the famous manufacturer of Meissener Porzellan, from which the name of Gary Carsley's work is derived, has also been affected. In fact their museum and plant have been at risk of ruin, but are saved. Meanwhile, the factory has pressed a memorial medal to raise funds to assist with the rebuilding of their hometown, Meissen. The medal depicts the skyline in bas-relief being lapped by waves and is embossed with the text: HELFT. Meissen, are best known for delicate porcelain figurines, thimbles, trinket boxes, sticking-pins, collected by European aristocracy since the mid-eighteenth century. Yet, they have also been responsible for memorial relief, set into facades of famous buildings, or the bases of statuary, marking German culture's embodying heroes: Goethe, Schiller, Bach.

If this reading is object-specific, cleaves to the particularity of the work, it's because Carsley begs for it. His practice is in fact a cry for HELP: he wants the world to pay close attention to detail. Reverse Meissen and Trompe L'oeil are very detailed indeed.

The strategy is Camp. Camp according to Susan Sontag's definition of the word; dandyisme emboldened by 'high-seriousness.' It's an aesthetic philosophy with an eye for detail. Camp is code for a world of appearance in which everything counts: an artist, and the art, has to look good and talk better: and everything is imbued with a healthy dose of irony. The King of Camp was Warhol his avatar Koons, Carsley is in train. And all play with kitsch.

Kitsch is the rictus grin of art. It's dandyism stripped of high-mindedness, the victory of attitude over content, Thanatos defeating Eros. It is a dance with death. (Warhol was also the King of Kitsch think of his fascination with the electric chair, car crashes, Kennedy funeral). Carsley toes this line in an earlier work, a version of Eva Hesse's palindrome, rendered as furniture Eros/Rose/SORE/Sero.

Art therefore is kitsch's antagonist. It re-injects the concept. Reverse Meissen injects porcelain frippery with the spirit of Goethe, and mines the irony that German culture can support each end of the aesthetic and anesthetic scale: figurines and philosophers. (Philosophy and Fascism, per se). Embodied in the act is a devout wish that contemporary Australian culture could, similarly, support polar opposites. With this in mind the wreaths, each work is a multi-layered rendering of a bouquet of flowers, are memorials for forgotten philosophers: or those who remain obscure.

In Carsley's architectural installation The Inverted Belvedere enacted in 2001 in the abandoned men's toilets underneath Taylor's Square, using similar multi-layered constructions one couldn't help but think of Plato's Cave. The site, one of the last vestiges of Sydney's haute colonial architecture, was imbued with a heavy sense of shadowing. Shadowing of the men who passed through the portals of the toilets, at the height of its fame as public architecture and infamy as cruising zone. There was a definite sense that Carsley, in concert with the audience, could make the shadows real and return the architecture and legacy of visitors to life: to make the philosopher's projection, of shadows on the wall, real. The titling of the Trompe L'oeil works in this show extends Carsley's fascination with [Plato's] "tricks of the eye."

Flowers are an important motif in Gary Carsley's work. They refer directly to our most basic, Shakespearean, assumptions about beauty. Yet, they can turn on us. Witness the transformation of love-through-lesion in the Hesse text. Similarly, Mapplethorpe's photographs are redolent with potential tragedy. Flowers can also be implicated in the cycle of kitsch: remember Koons's porcelain bouquets. Carsley has spent years hand-cutting and folding metal roses to signify incarceration and pain.

This concept of flora, the layering of Carsley's images, and their European referent, suggest the fragrant remembrance of Marcel Proust. From the yellow Hawthorn along the Meseglise Way, the climbing rose outside Odette's apartment, to the constellate mixing of flora in the description of the tryst between the tailor Jupien and the Baron de Charlus uf0be who is the greatest dandy of literature. (There is even a recurring recollection of the damp smell of a public lavatory that Marcel visited with his nanny as a young man—recalling Inverted Belvedere).

The final unravelling of the grande-narrative is set with a view through a window, obscured by a large bouquet of flowers. It triggers Proust's recollection of: life as statuary; the eclipsing of history; the exhaustion of his caste; and realisation that few, if any, would heed the detail and layering of his labour.

Gary Carsley has exhibited widely in both Australia and Europe for almost twenty years. Public holdings of his work in Australia include the National Gallery of Australia, Canberra and the National Gallery of Victoria, Melbourne. His work is also held in the prestigious Stedelijk Museum of Modern Art, Amsterdam. Corporate collections include M.T.V., New York and News Corp, London. Trompe-l'Oeil will be Gary Carsley's fourth solo exhibition with Roslyn Oxley9 Gallery.

Gary Carsley will talk about his exhibition Trompe-l'Oeil at Roslyn Oxley9 Gallery at 3pm Saturday August 31.
The wines at the opening of Gary Carsley's Trompe-l'Oeil will be sponsored by Brown Brothers Wines. 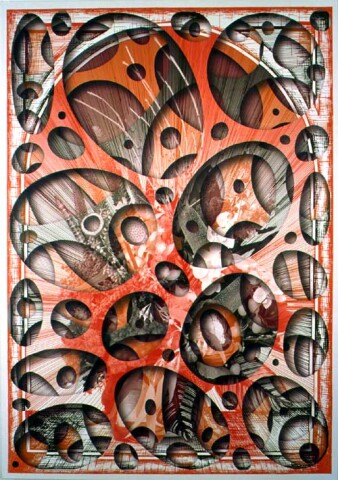 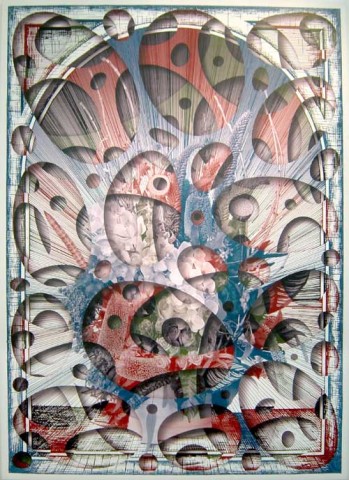 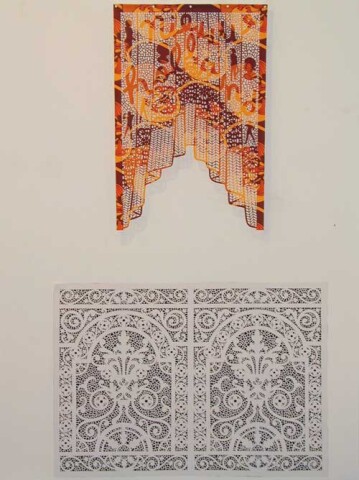 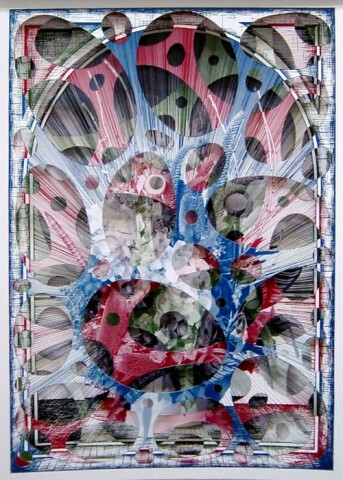 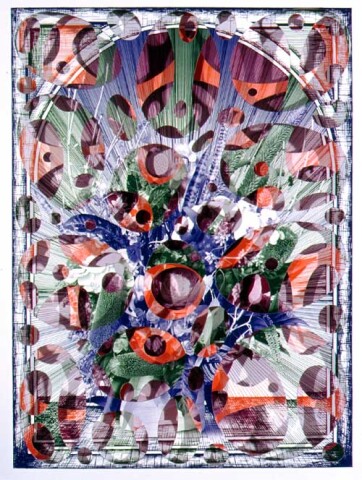 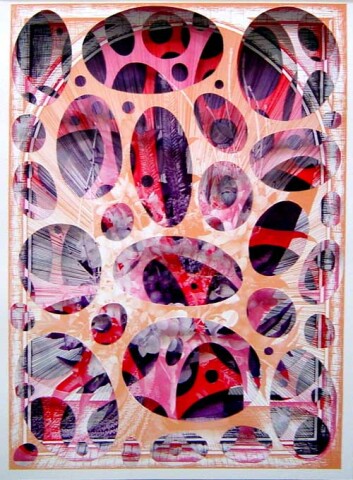 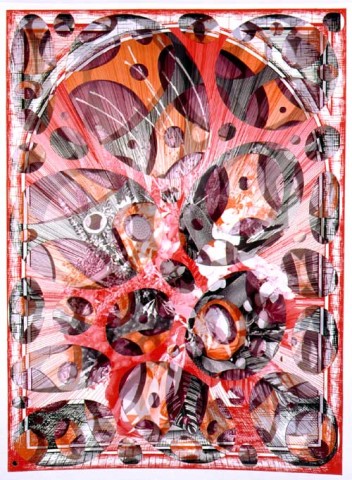 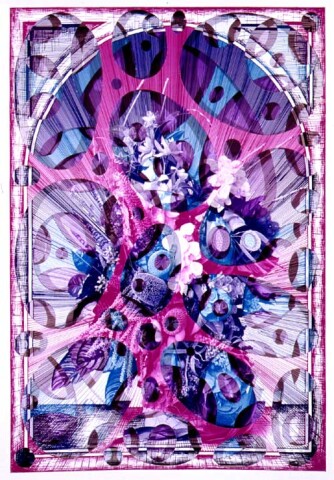 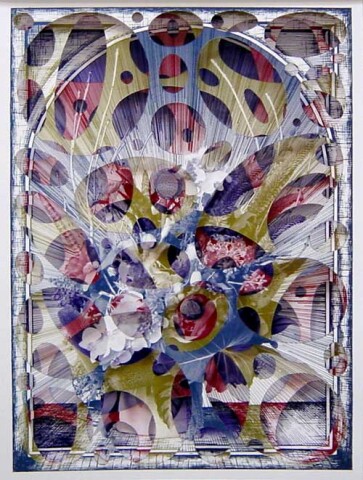 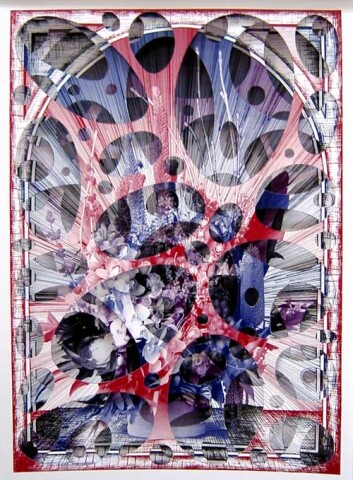 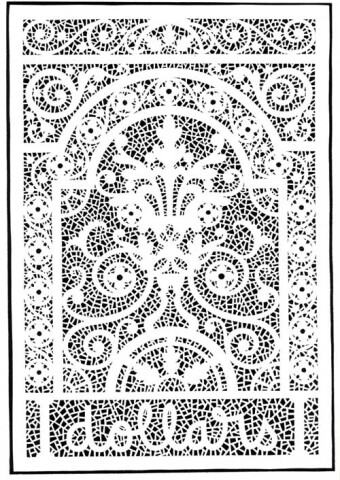 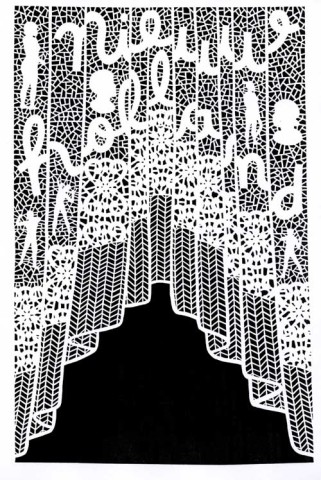 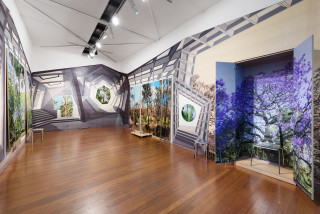 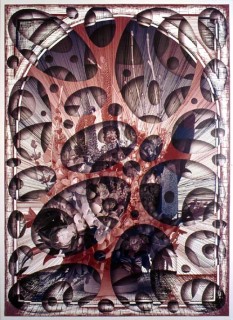 Gary Carsley Ceaseless explanation plus other tales I have pulled
Roslyn Oxley9 Gallery, 1986