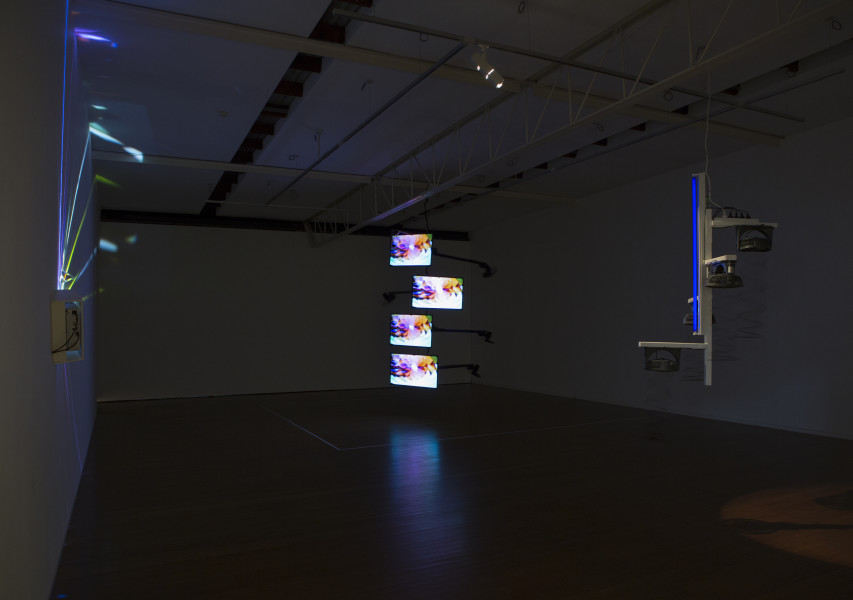 Composed of quotidian, consumer products such as TV screens, fluorescent lights, household fans and knitting wool, the works are reflective of the artist’s ongoing interrogation into the determining influences of contemporary technologies upon human perception.

Manning’s dynamic assemblages are known not only for their playful composition of distinct and often unlikely materials, but also for their artful deployment of optical phenomena. Physical properties and interactions of light - as the source of both natural and artistic visual spectacle - are harnessed through Manning’s experimental orchestration of refracted parts.

This kinetic sculpture is complemented by Manning’s alluring Dichroic filter piece (wall/screen) (2015). This mounted work “rakes” projected light through a cluster of Dichroic filters, which serve to direct and reflect elements of the colour spectrum. Utilising the material employed within the optical mechanics of colour projection, the fragmented play of light in Dichroic filter piece (wall/screen) dissembles the electronic image, undermining the perceived authority of prescriptive screen technology.

A mobile of LCD divertissements, The Travelling Brain (2015) commands the viewer’s attention. Prominent beams orbit independently from one another, as networked screens are fed live imagery in response to the work’s oscillations. Filmed through a delicately suspended crystal, the hypnotic video-feedback system echoes over fours screens, seductively glinting and flickering with vibrant jewel colours. A system of impulses travelling through disjointed sculptural space, this metaphorical cerebrum sustains itself as both consumer and producer of images. 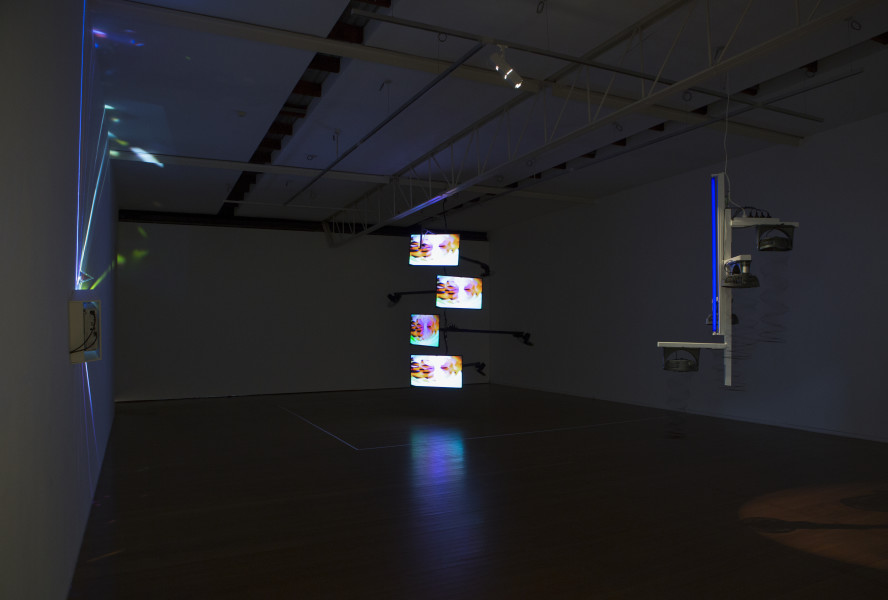 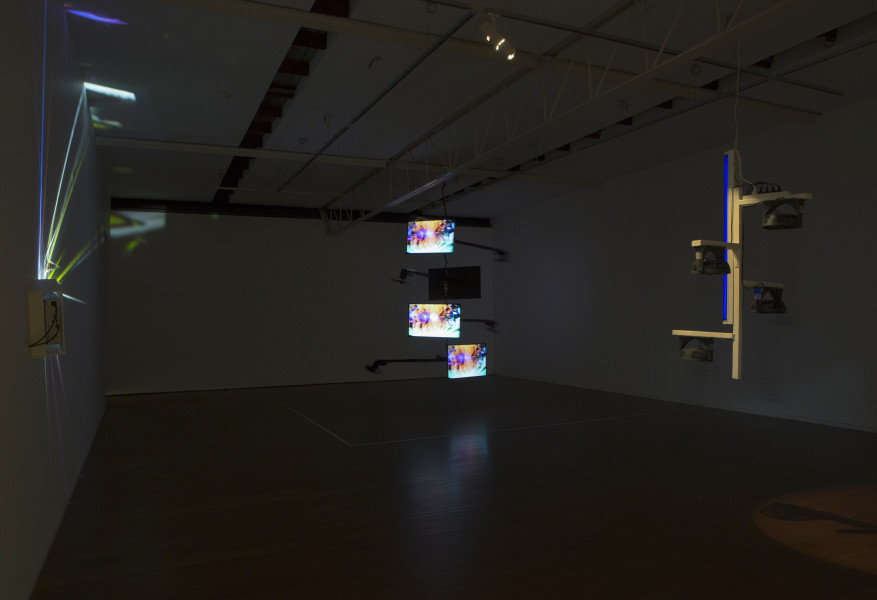 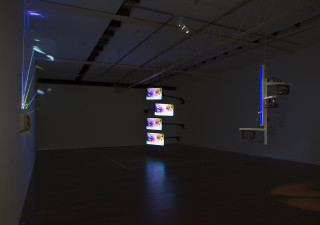