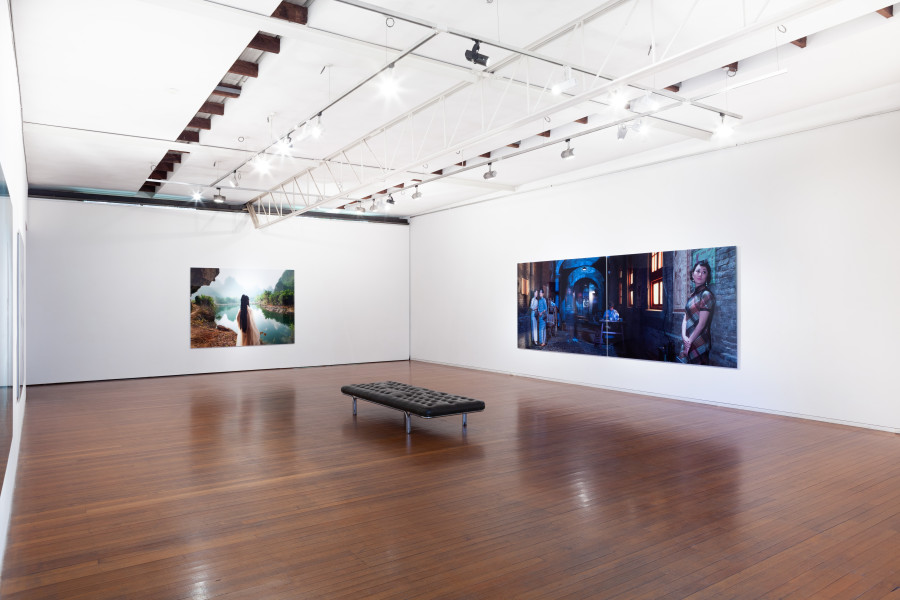 Ten Thousand Waves presents five large-scale photographs and two lightboxes related to Isaac Julien’s 9-screen film installation of the same name shot on location in China. The works poetically weave together stories that link China’s ancient past and present. They explore the movement of people across countries and continents and meditates on unfinished journeys. Filmed in the ravishing and remote Guangxi province and at the famous Shanghai Film Studios, Ten Thousand Waves combines fact, fiction and film essay genres to create a meditation on global human migrations.

The original inspiration for Ten Thousand Waves was the Morecambe Bay tragedy of 2004, in which 23 Chinese cockle-pickers died in Northern England. In response to this event, Julien commissioned the poet Wang Ping to write Small Boats a poem that is recited in the film. In successive years, Julien has spent time in China slowly coming to understand the country and developing relationships that have enabled him to undertake the rich and multifaceted work. Through conversations with academics, curators and artists, Julien uncovered a symbolic body of material to create a work that explores modern and traditional Chinese values and superstitions. These are encapsulated in a fable from Fujian Province (where the Morecambe Bay cockle-pickers originated) which relates the story of sixteenth-century fishermen lost and in danger at sea. At the heart of the legend is the goddess figure who leads the fishermen to safety.

Following ideas surrounding death, spiritual displacement and the uniquely Chinese connection with “ghosts” or “lost souls”, the works link the Shanghai of the past and present, symbolising the Chinese transition towards modernity, aspiration and affluence. Julien employs the visual language of ghost stories, with recurrent figures and images appearing and disappearing. Mazu’s spectral figure traverses time and space, serving as a guide through the interlocking strands of the work. Mirroring the goddess of the fable, a ghostly protagonist (Zhao Tao) leads us through the world of Shanghai cinema to a restaging by Julien of scenes from the classic Chinese film The Goddess (1934), and finally to the streets of Modern and Old Shanghai.

Isaac Julien is a British artist and filmmaker. His work draws from and comments on film, dance, photography, music, theatre, painting and sculpture, to create a unique poetic visual language in audio visual film installations. Julien is represented in museum and private collections throughout the world, including the Tate, London; the Museum of Modern Art, New York; Centre Pompidou, Paris; the Guggenheim Museum, New York; the Hirshhorn Museum and Sculpture Garden, Washington DC; Moderna Museet, Stockholm; and the Brandhorst Museum, Munich. His early work, ‘Looking for Langston’ (1989) won several awards including the Teddy Award at the Berlin International Film Festival. In 1991 his debut feature film, ‘Young Soul Rebels’ won the Semaine de la Critique prize at the Cannes Film Festival. Julien was nominated for the Turner Prize in 2001 for his films ‘The Long Road to Mazatlán’ (1999) and ‘Vagabondia’ (2000). In the same year, he received the Eugene McDermott Award from MIT in Massachusetts, USA: other recipients include artist Bill Viola. His acclaimed 5-screen installation, ‘WESTERN UNION: small boats’ (2007) has been shown at Metro Pictures, New York; Galería Helga de Alvear, Madrid; Centre for Contemporary Arts, Warsaw; and also opened the new Museum Brandhorst in Munich in 2009. In 2007 he made ‘Cast No Shadow’ – a collaboration with Russell Maliphant – at Sadler’s Wells, London and Brooklyn Academy of Music, New York as part of PERFORMAO7. In 2008, Julien collaborated with Tilda Swinton on a biopic about Derek Jarman simply entitled ‘Derek’. The film received a Special Teddy at the Berlin Film Festival; the Documentary Prize at the 34th Seattle International Film Festival and Best Documentary at the Milan International Lesbian and Gay Film Festival. Isaac Julien’s 9-screen film installation ‘Ten Thousand Waves’ premiered at the Biennale of Sydney in May. His iconic 3-screen film installation ‘Baltimore’ was included in the exhibition ‘Centre Pompidou Video Art 1965-200’5 at the Museum of Contemporary Art, Sydney in 2006. Isaac Julien lives and works in London. ‘Ten Thousand Waves’ will be his second solo exhibition at Roslyn Oxley9 Gallery. 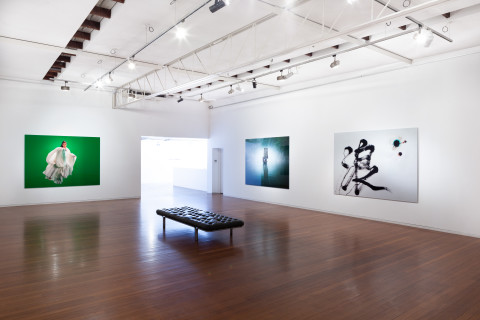 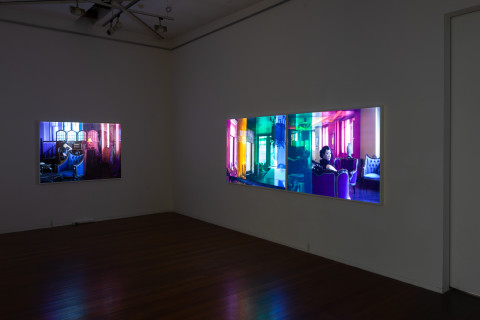 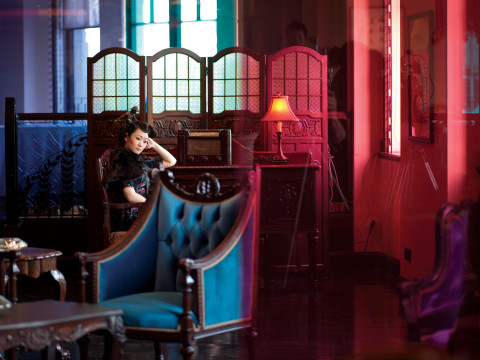 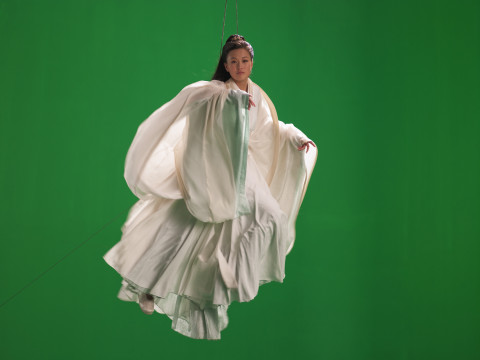 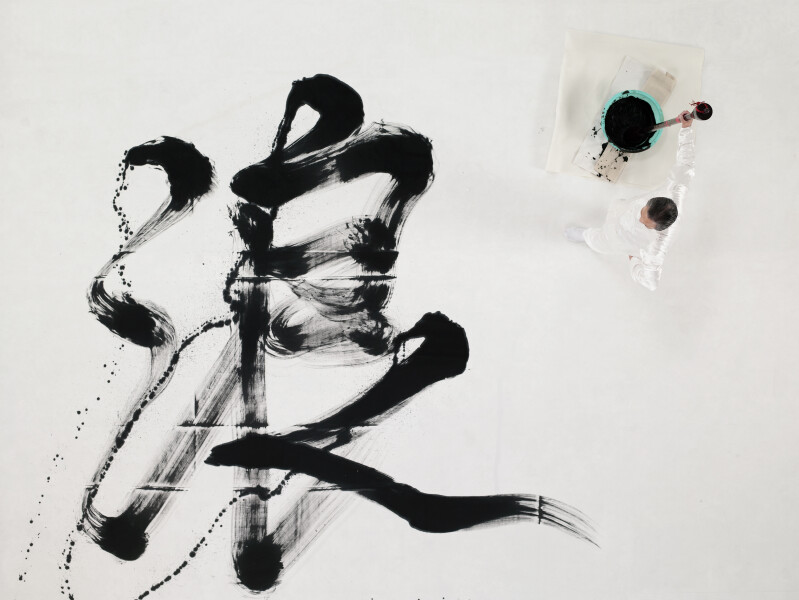 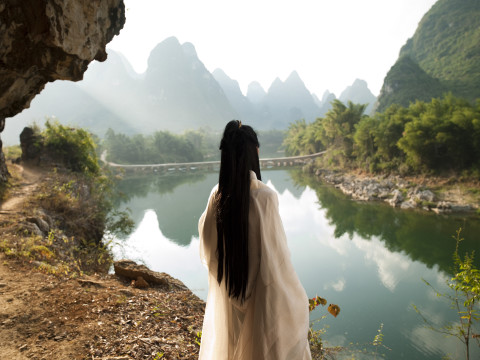 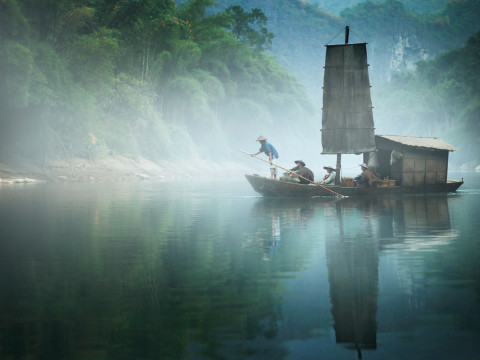 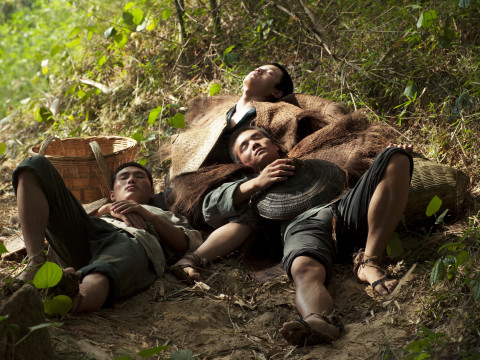 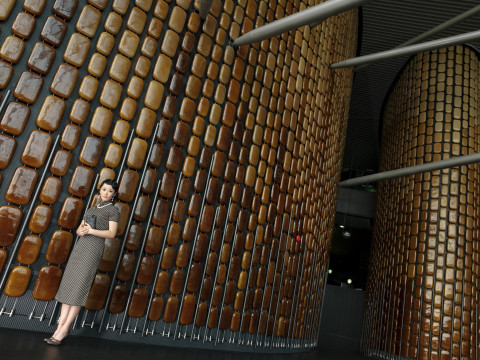 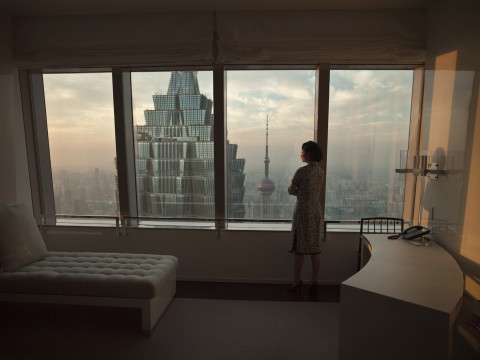 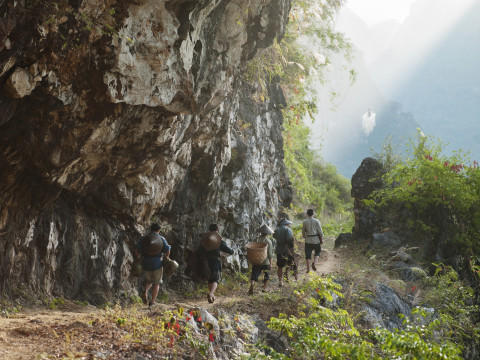 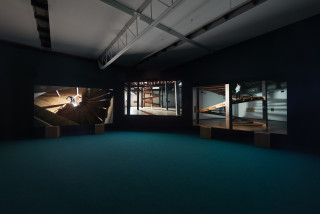 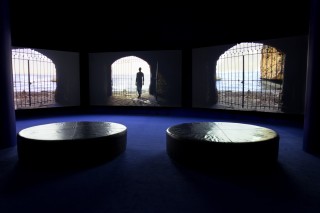 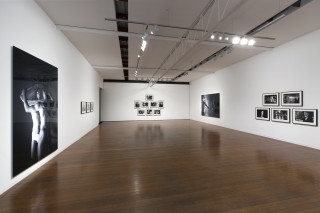 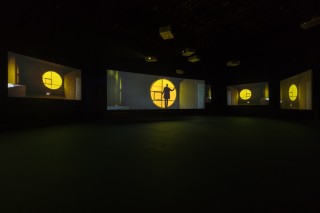 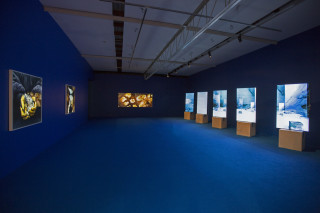 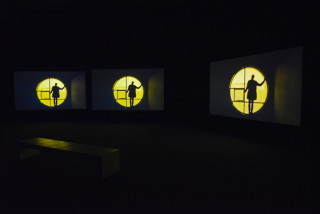 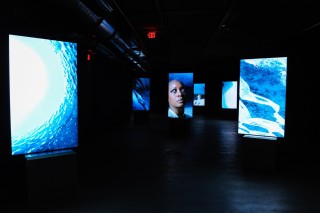 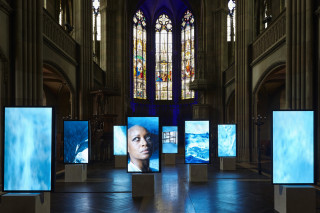 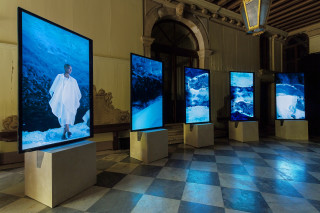 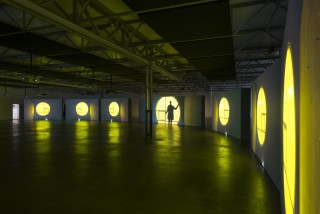 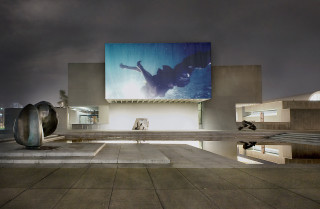 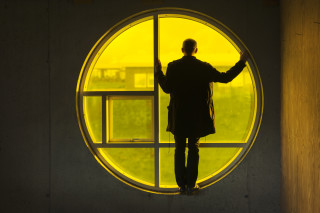 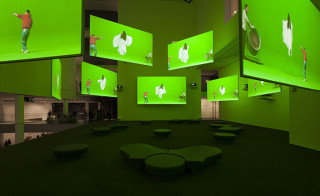 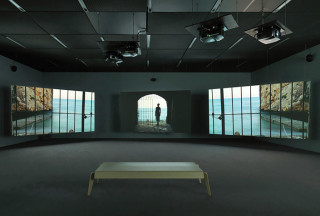 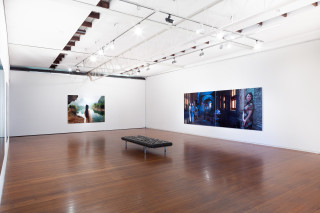 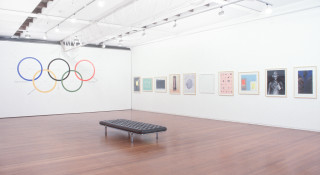