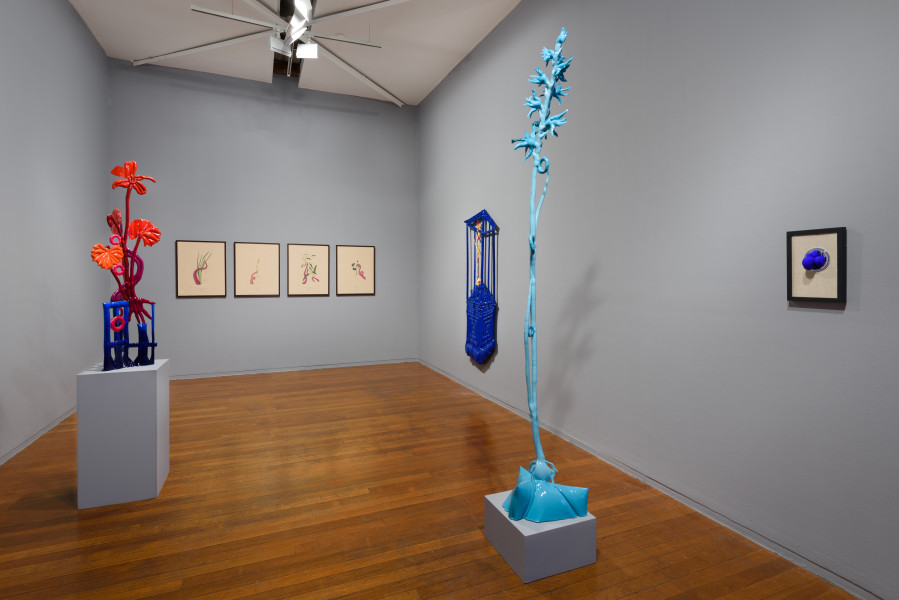 We begin this story as voyeurs to Rothwell’s botanical theatre – an enticing array of sumptuous sculptures, works on paper and animation – the beautiful and the bizarre. With eyes wide open we traverse time, land and sea.

We begin this story as voyeurs to Caroline Rothwell’s botanical theatre – an enticing array of sumptuous sculptures, works on paper and animation – the beautiful and the bizarre. With eyes wide open we traverse time, land and sea.

Caroline Rothwell’s latest exhibition, Splice, at Roslyn Oxley9 Gallery, takes the moment of first contact in Botany Bay, Australia to embark on a voyage of exploration into time past. Rothwell poetically ‘splices’ this historic moment with our contemporary consciousness, creating sculptures and works on paper that enable us to think about the colonising imperative of recent centuries and our compulsion to master natural forces. With sculptures that border on the surreal and the anthropomorphic, Rothwell pushes us to consider our own response to such issues.

When exotic animals and unknown flora & fauna were first discovered and documented by European artists and explorers in 17th and 18th centuries, a lush language of printed imagery evolved. Joseph Banks and his contemporaries transformed drawings of specimens into exquisite engravings, tokens of exploration that provided a visual record to new worlds that for many Europeans seemed imaginary or magical.

Bringing back over 1300 unrecorded species, Banks commissioned over 700 engravings between 1772 and 1784 to form the Florilegium, produced by the British Museum to document the botanical treasures from Cook’s First Voyage.

In Untitled 335, 317, 72 and 7 (2019), Rothwell modifies works from the Florilegium by taking a scalpel to these delicate forms, slicing the image to entwine a pink tongue, hand painted in watercolour, amongst the foliage. With the precision of a surgeon, the artist carves up the past and leaves it wide open. The English pastoral idyll is interrupted.

What compels an artist take a scalpel to such a perfect artefact of history, unfolds as we move around and across the space. With sinuous form the tongue advances and serpent-like slithers across the space, multiplying - interrupting the beauty, allowing us to question the narratives history presents us with. In Splice, we are cajoled, in the most poetic way, to question what humans have done to this earth since the Enlightenment era.

Coated in the liquid shimmer of shiny gloss paint, Rothwell’s sculptures are otherworldly and fantastical, embodying a sense of wonder, that first point of discovery, exotic and collectible. Symbolic of imperial voracity, the tongue writhes and twists amongst Rothwell’s sculptures, three of which incorporate the botanical species from the works on paper.

With an apparent disregard to what exists before, in Spade (2019) the greedy tongue ascends a garden shovel to dig the earth, to expand and to build. In Blue Cabinet (2019), a multi-coloured plant based on the species depicted in Untitled 317 (2019), is contained within a glossy blue cabinet: perhaps a metaphor for the quest to control indigeneity, or for the human desire to assert power over its organic environment. The use of “Untitled” for the works on paper acknowledges the colonial imperative to rename land and species, allowing one to think about indigenous methods for disseminating knowledge and the multiplicity of different cultural modes for recording and retelling history.

Parallel to the voyages of discovery, Europe transformed its architectural landscape into a glittering epoch. The Baroque and Rococo periods looked back to the Classical Age for ideal images of beauty and reinterpreted these in the most decorative of ways. The more extreme and lavish the display of ornamentation, the more power the empire seemed to portray. They created a world that literally shone in ostentation, infinite scrolls that emulated nature’s splendour. In Carbon emission 1, (2019), Rothwell animates a stunning baroque cartouche, as one of her gas emission paintings softly breathes; its curvilinear tendrils mimicking shells and fronds of exotic plants. A corporeal energy exudes from it as a furling leaf exhales from the top and a seething body-like branch twists and turns at its base.

The Enlightenment task of classifying, collecting and recording was an attempt to find new parameters of definition to solve and understand the world. Maps were plotted, a history was written, and a collective, yet one-sided, memory evolved. The year of the 250th anniversary of Cook’s arrival in Australia is a timely reminder to continue exploring these past ‘truths’, and, with the help of Rothwell’s Splice, we harness the open-eyed sense of wonder to continue challenging our past and to accept we cannot always ‘know’ and comprehend the complexity of all cultures and all lands.

Caroline Rothwell has been represented by Roslyn Oxley9 Gallery, Sydney since 2014. 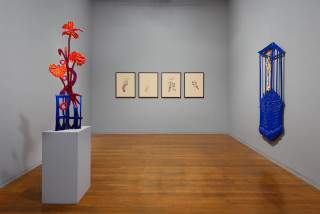 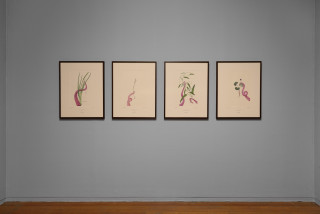 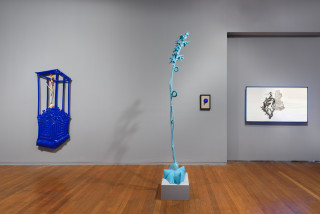 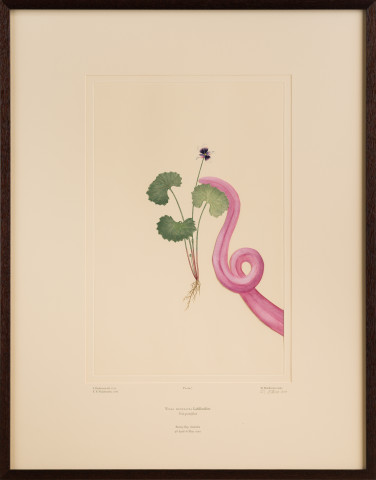 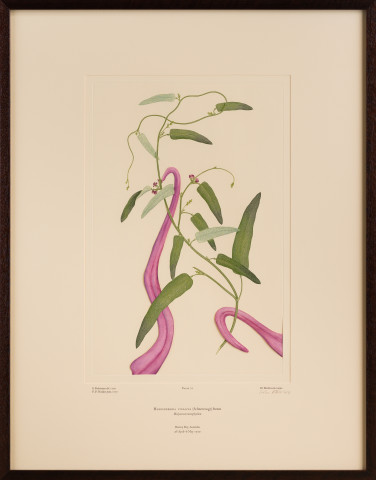 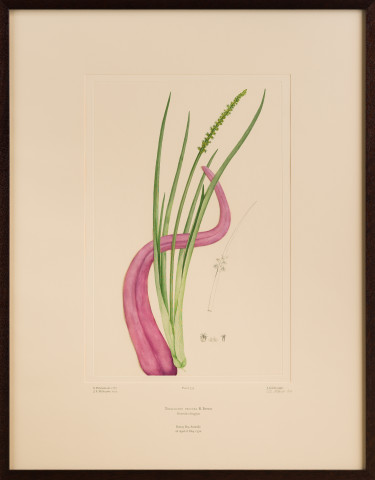 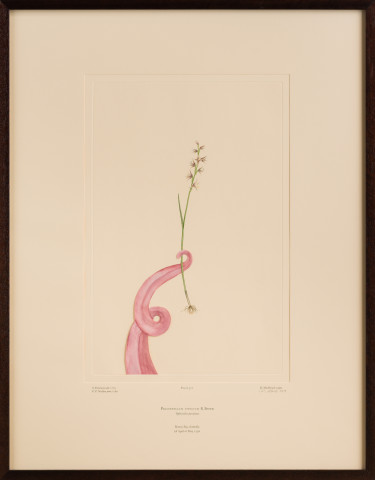 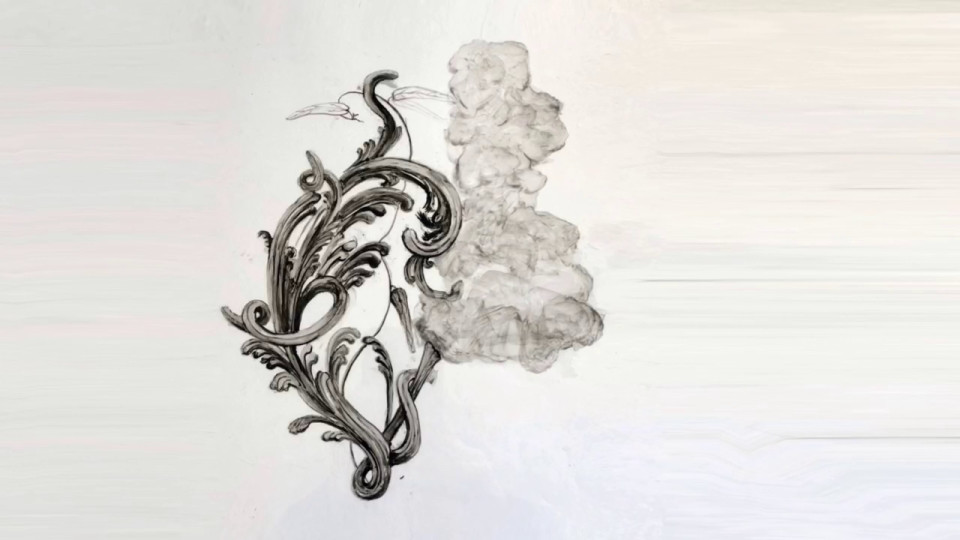 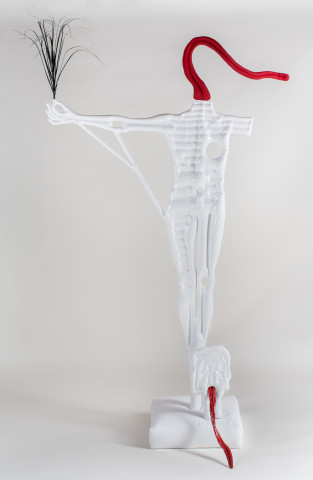 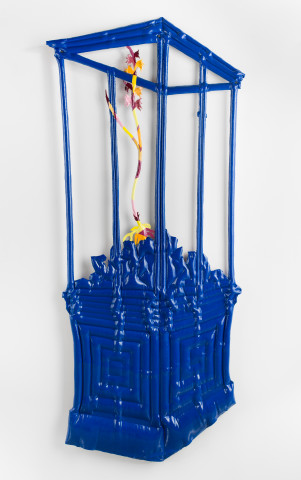 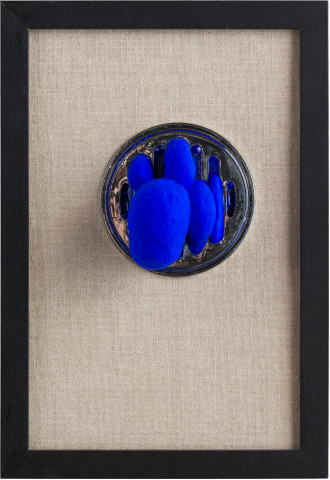 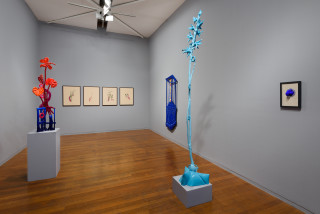 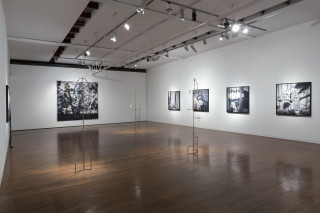 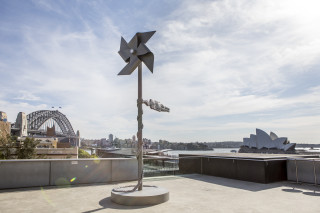 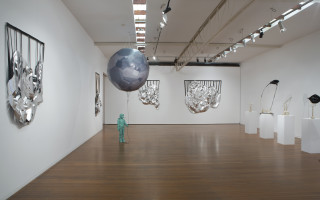