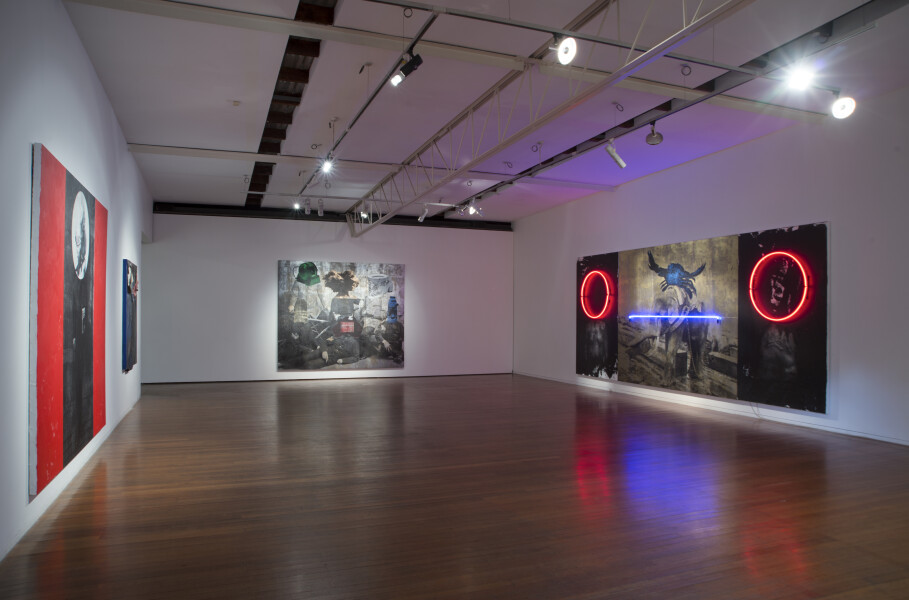 Space & Time is a moody immersive group of works incorporating neon, screen-print, collage, sculpture, photography and painting. This is the first time Brook Andrew has actively presented a group of works that span these mediums, together with images from his personal and other archives.

Space & Time is a moody immersive group of works incorporating neon, screen-print, collage, sculpture, photography and painting.  This is the first time Brook Andrew has actively presented a group of works that span these mediums, together with images from his personal and other archives like the Museum of Anthropology and Archaeology, Cambridge in the UK, and the Museum of Applied Arts and Sciences in Sydney.

Brook Andrew’s practice harnesses alternate narratives to assemble new directions of understanding historical legacies of colonialism and modernist histories. The juxtaposition of an elephant from the Bay of Bengal during an expedition by William Henry Crane c.1891 – 1903, with a 1930’s post card image of a mud-crab from the Northern Territory, Australia, also highlights the artists interest in power dynamics, the absurd and surreal. Striking swathes of abstract colour act as formalist components to accompany the convergence of these image events.

Titles like Earth and Guardians of the Galaxy – the motherhood number hint at the artists’ further interest in science-fiction and mysticism. Highlighting fictionalised space between truth and reality, time and interstellar space, the viewer is drawn into an environment of curiosity and entagled entrancement.

Brook Andrew examines dominant Western narratives, specifically relating to colonialism, placing Australia at the centre of a global inquisition. Apart from drawing inspiration from vernacular objects and the archive Andrew travels internationally to work with communities and private and public collections. Creating interdisciplinary works and immersive installations Andrew presents viewers with alternative choices for interpreting the world, both individually and collectively, by intervening, expanding and re-framing history and our inheritance.

Most recently Andrew has been awarded a residency at the Musée du quai Branly, Paris as a Photography Residencies Laureate, investigating and making new work surrounding the relationship between the colonial photographer and the sitter. He has been awarded a prestigious three-year Federal Government Australian Research Council grant for 2016-2018. This project titled Representation, Remembrance and the Monument is designed to respond to the repeated high-level calls for a national memorial to Aboriginal loss. 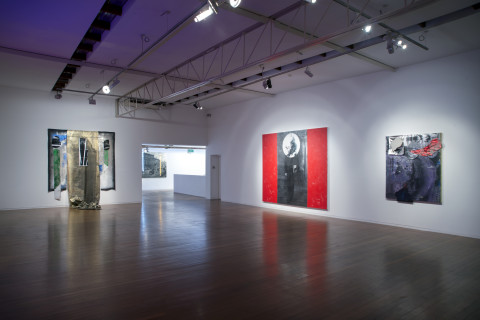 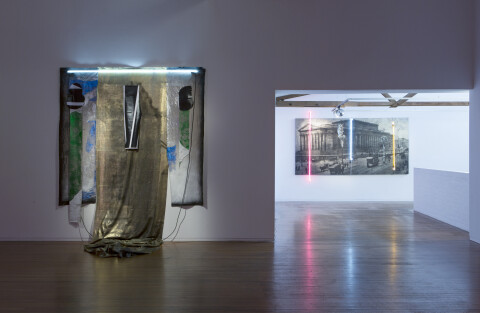 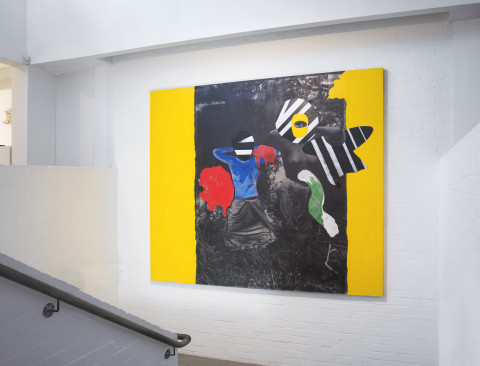 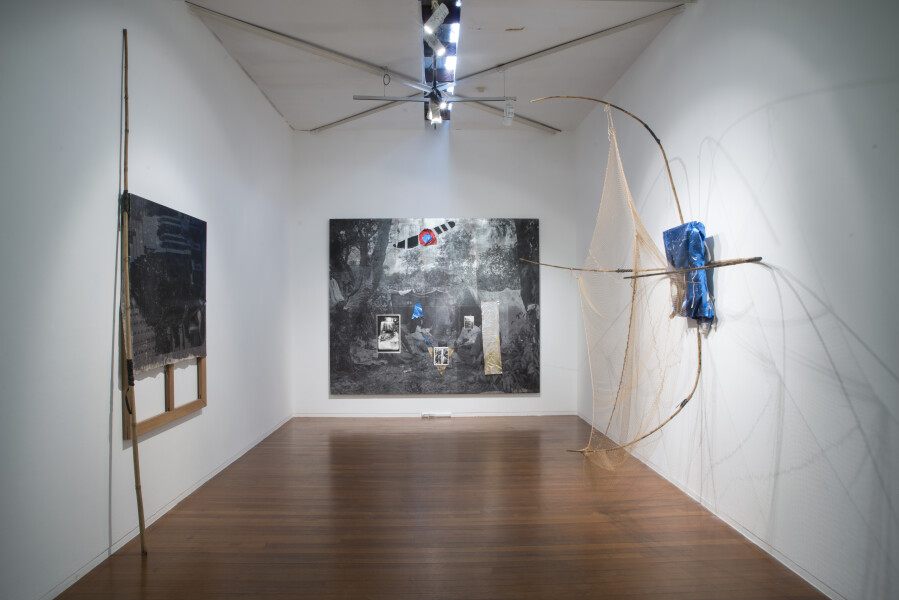 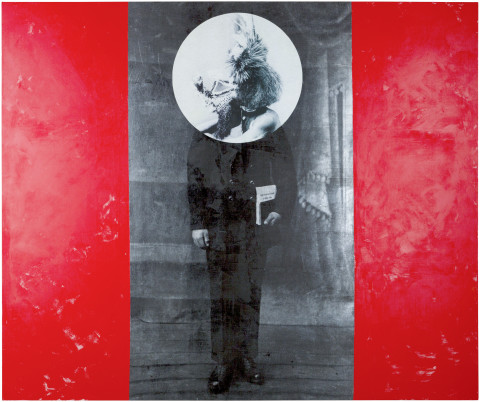 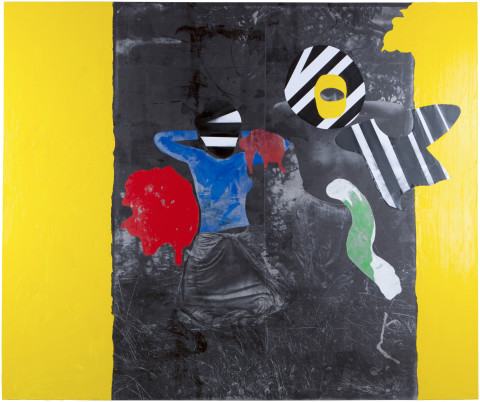 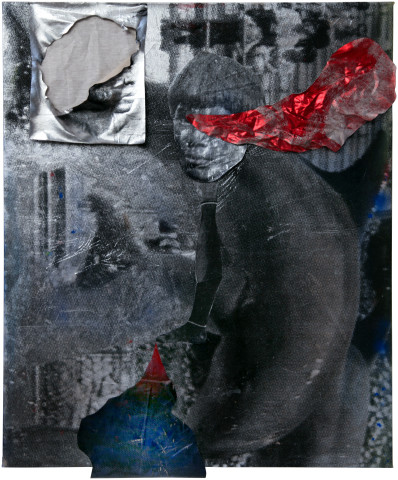 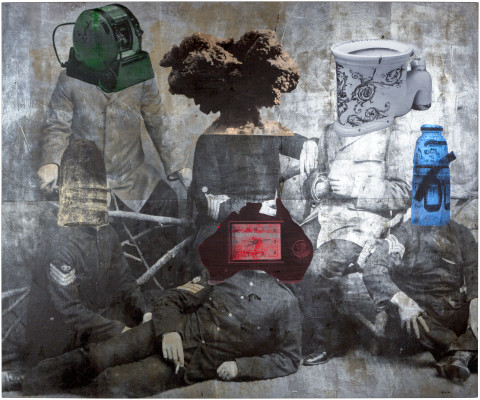 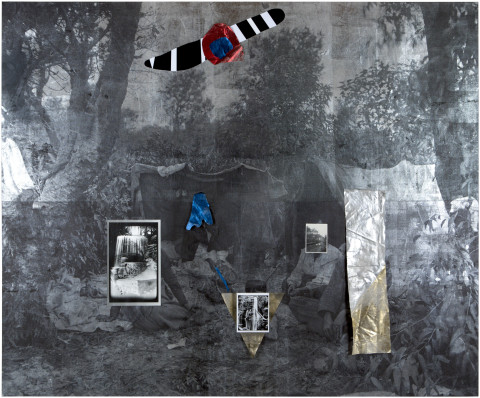 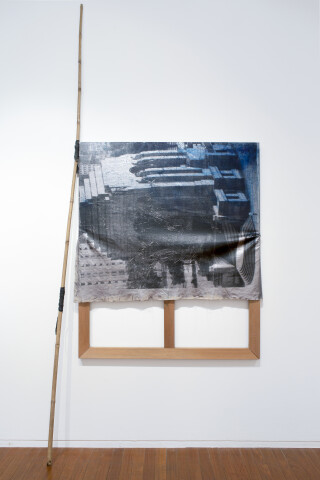 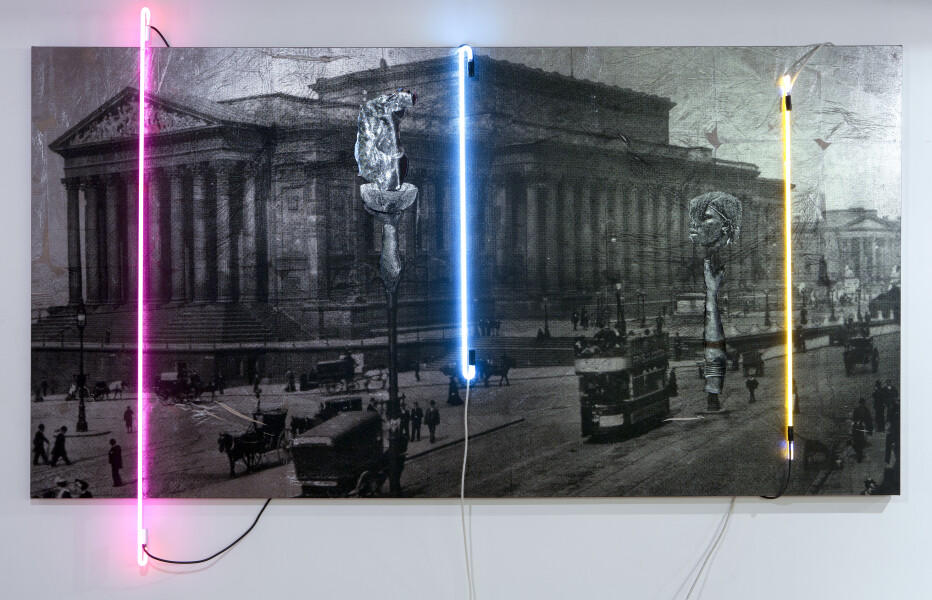 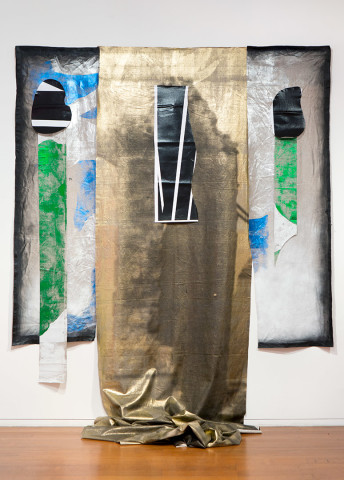 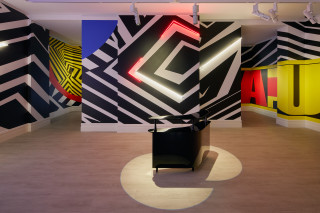 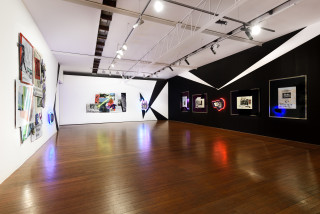 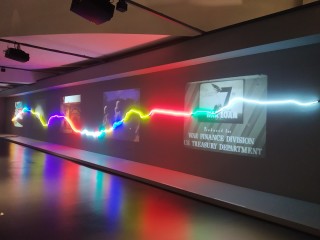 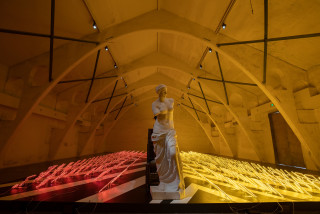 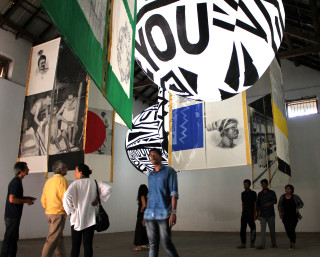 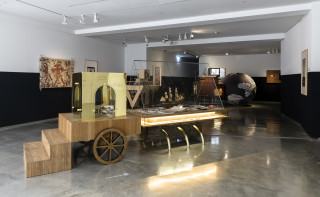 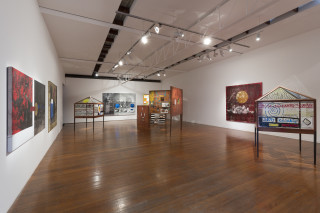 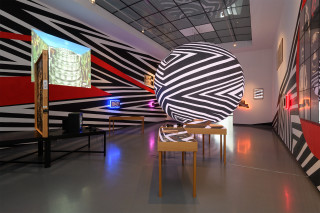 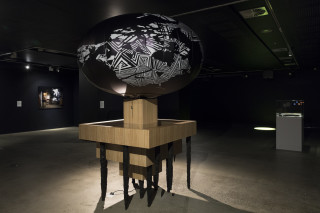 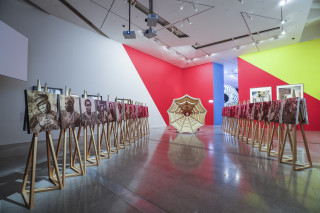 Brook Andrew The Right to Offend is Sacred
National Gallery of Victoria, Melbourne, 2017 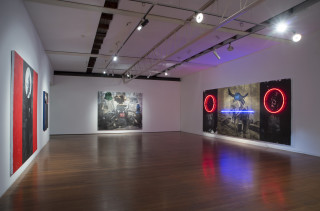 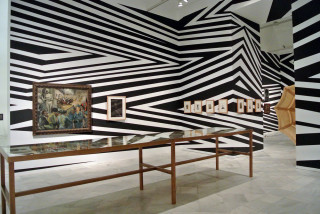 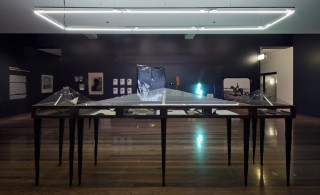 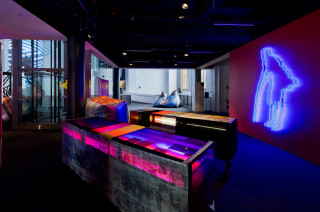 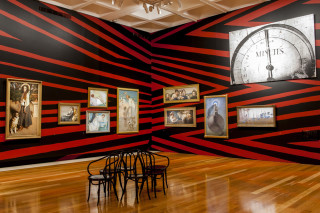 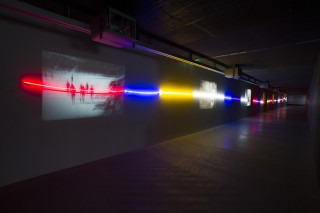 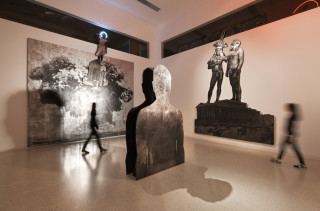