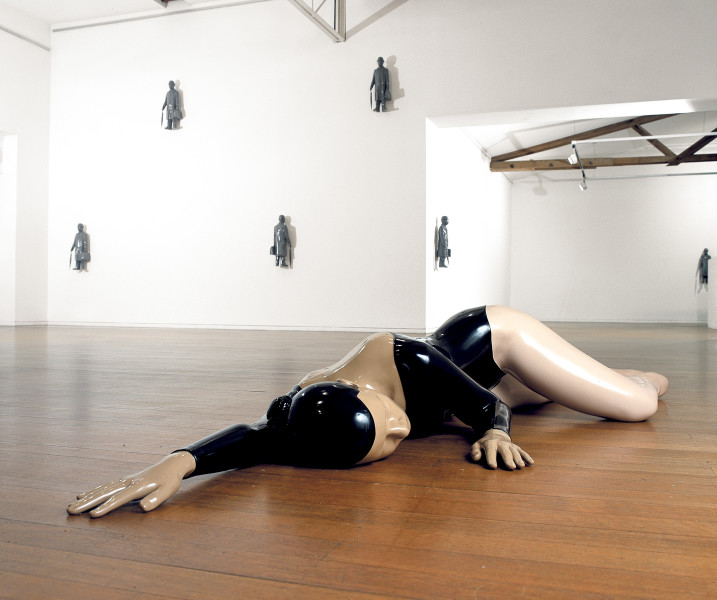 Roslyn Oxley9 Gallery is excited to announce its first exhibition of the work of prominent young New Zealand artist, Michael Parekowhai. Installed in the large gallery, the exhibition consists of three different types of figurative sculpture each of which powerfully activates the space surrounding it and each of which provokes a strong response in the viewer that cannot easily be accounted for in terms of the abstract physical attributes of the object.

Roslyn Oxley9 Gallery is excited to announce its first exhibition of the work of prominent young New Zealand artist, Michael Parekowhai. Installed in the large gallery, the exhibition consists of three different types of figurative sculpture each of which powerfully activates the space surrounding it and each of which provokes a strong response in the viewer that cannot easily be accounted for in terms of the abstract physical attributes of the object. Indeed it is a signature characteristic of Parekowhai's work that it accommodates a number of interpretations, each distinct from the other. This is not an incidental feature i.e. not simply something that Parekowhai's work shares with all good art. Multiplicity of interpretation is perhaps its primary conceptual grounding, the common thread in a practice that visually shifts quite radically. The co-existence of different true accounts of each work operates like a constellation of coordinates positioning the work before us. We occupy one viewpoint at any one time unable to grasp the entire system at once. To maintain the equilibrium of the system, to recognize the grace, force and gravity of Parekowhai's work, we have to keep moving. Parekowhai has us on the run. The plural identities of each object have us outnumbered.

Arriving in the gallery, climbing the stairs and turning around to enter the main room, there is a mounting physical presence. Something is quietly imposing upon space that is normally unoccupied. Initially it appears quite high up, about the walls above head-height. It develops into a pattern, more-or-less regular. The white walls of the gallery are studded with small monochrome human figures, uniformly gloss grey. Together they create a wallpaper of sorts that is three-dimensional, activating spatially the routinely flat superfice of the wall. These figures emphasise at once the broad expanse of the wall and the open space as such that attends it. They indicate demonstratively that invisible thing which connects the viewing subject to the limits of the space they occupy, rendering it palpable. Shifting focus away from the magnetically phenomenological character of the work, we notice that the attire of these small male figures is somewhat peculiar: long coat, bowler hat, umbrella and briefcase. These characters are blandly and dutifully bureaucratic, reminiscent of the surrealist RenÃ© Magritteâ€™s famous painting in which an urban sky is filled with similar floating figures. Entitled Rainbow Servant Dreaming (2005), they are miniature portraits of expressionlessness and monotony that encroach upon and emphasise our habitual and mindful inhabiting of space by borrowing a trick from the master of surreal effects. They are little guardians, sometimes watchful, sometimes not.

Kapa Haka (2003), the title of the largest and the earliest work in the exhibition, is positioned at the periphery of the gallery space and provides a clue armed with which we might approach this body of Parekowhaiâ€™s work. It is a large male figure standing with arms crossed across his chest. He wears black trousers, a white shirt and black tie â€“ a generic uniform of sorts. Made from fibreglass and automotive paint, like Rainbow Servant Dreaming, the surface of the object has a uniform gloss. The robust scale, reduced form, colouring and surface of the sculpture â€“ those attributes which tie it and the other works in the exhibition to a tradition of minimalism - together with the inscrutable expression of the countenance when considered as a portrait of a (sentient, thinking, willing) human being, holds the viewer at a definite distance. In a very solid way, this object shiftlessly holds its ground. Impenetrable. Keeping us at bay. â€˜Kapa Hakaâ€™ is the name for the performing arts in traditional Maori culture. This guy is a security guard. Heâ€™s performing. Heâ€™s â€˜doing his jobâ€™. And it turns out that this human barrier is a portrait of the artistâ€™s brother, caught in the very unfamilial, anaesthetised act of carrying out unskilled work. Work for which the main pre-requisite is physical scale. Scale that speaks of race.

The large wooden floor of the gallery opens up between the walls. It is a space to move around. On the left hand side of the room, lying down, is a life-size female figure. She is a ballerina, dressed in leotard, wearing satin slippers. Her surface and materials are like that of the Kapa Haka work but the effect of her presence in the gallery is very different to the larger, upright sculpture. The sight and surprise of finding this smaller, feminine figure alone and exposed on the floor provokes empathy and concern. We hope sheâ€™s ok and approach her cautiously to find that she is lying peacefully and unguardedly. But this human portrait has faltered in our expectation. In the dancehall-like space of the gallery, the ballerina - epitomy of grace, deportment and control â€“ is not performing. Her eyes are closed, oblivious to us. The Song of the Frog - title of this work - charges the gallery space with quietness, heightening our awareness of our own presence.

Michael Parekowhai has been exhibiting since the early 1990s. His Kapa Haka sculptures, one of which is exhibited in the present exhibition, were first shown in the group exhibition, Paradise Now?, at the Asia Society in New York in 2004. Also in 2004, Parekowhai exhibited a major new work at the Gwanju Biennale in Korea. Other major group exhibitions include 1st Auckland Triennial (2004), The World may be fantastic - Biennale of Sydney (2002), Asia Pacific Triennial, Brisbane (1999), Cultural Safety at the Frankfurter Kunstverein, Frankfurt (1996), The World Over, Stedelijk Museum, Amsterdam (1996); Localities of Desire, Museum of Contemporary Art, Sydney (1994). An important solo exhibition of Parekowhaiâ€™s work, Ten Guitars, was held at the Andy Warhol Museum, Pittsburgh in 2001. His work is held by every major public and corporate collection in New Zealand as well as Queensland Art Gallery, Brisbane, the Art Gallery of New South Wales, Sydney and numerous private and public collections internationally. Rainbow Servant Dreaming is Michael Parekowhaiâ€™s first exhibition with Roslyn Oxley9 Gallery. 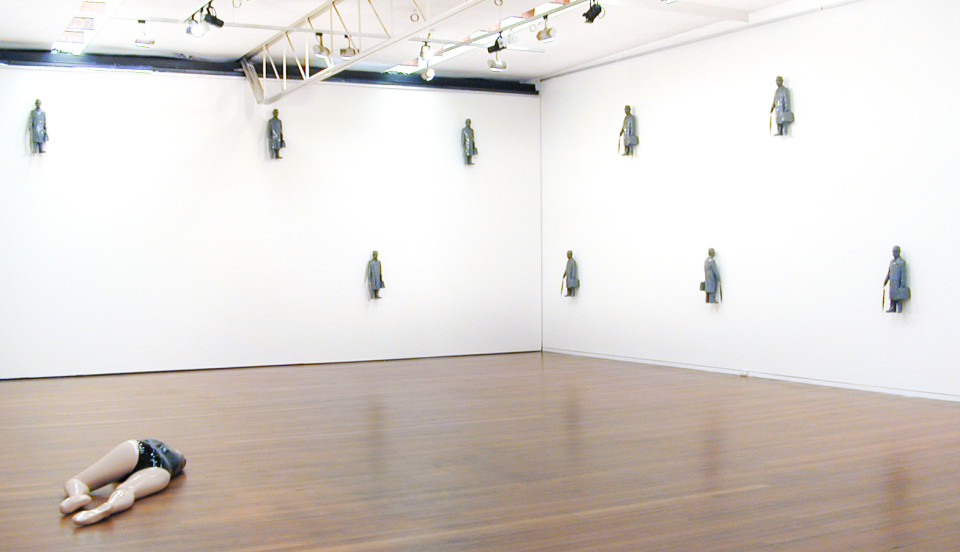 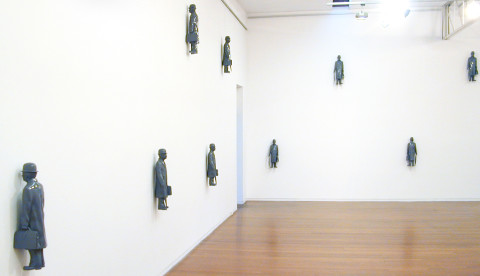 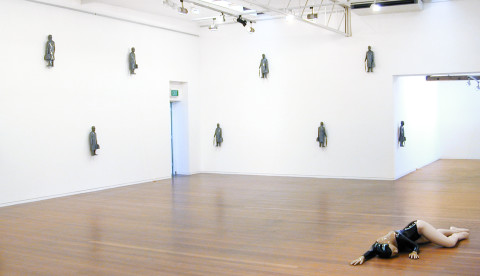 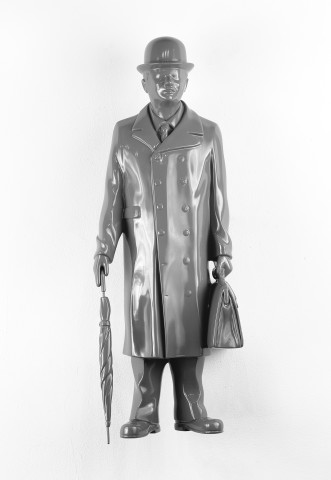 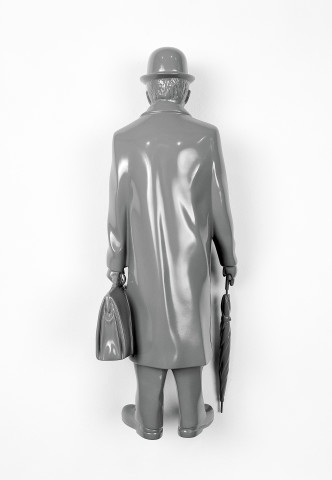 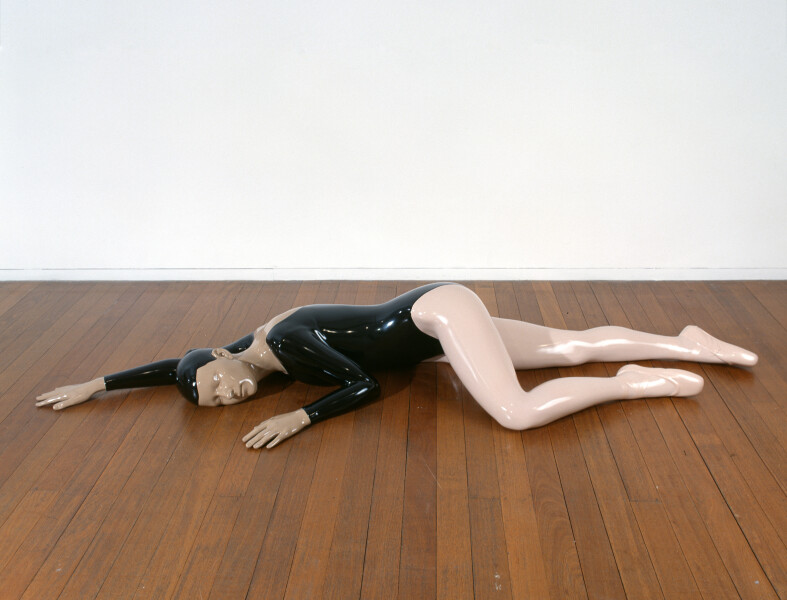 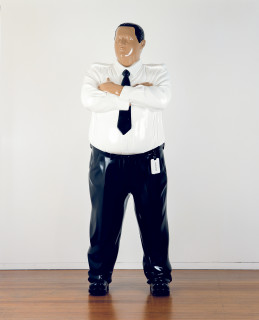 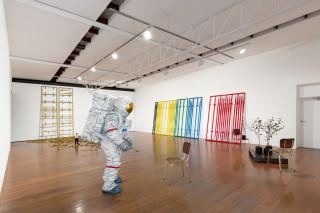 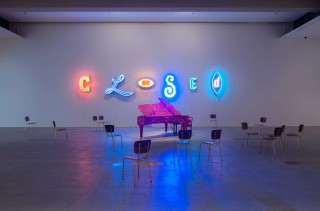 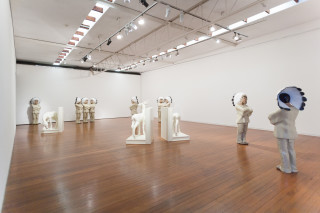 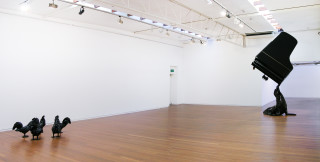 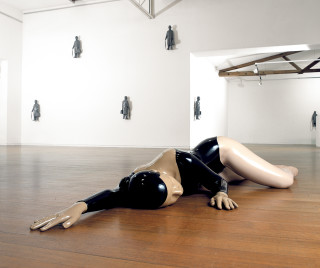