The use of quotation by Davila, the over-accumulated references to known works and the self-referentiality he brings to the discourse of painting, emphasises the historical character of the process and the gestation of artistic creation. Thus he proceeds to reformulate the system of conventions, the institutional and codified character of the signs he treats.

The use of quotation by Davila, the over-accumulated references to known works and the self-referentiality he brings to the discourse of painting, emphasises the historical character of the process and the gestation of artistic creation. Thus he proceeds to reformulate the system of conventions, the institutional and codified character of the signs he treats. This system is in charge of normalising the historical models of perception or consciousness which each artist sets out to transform.

Here Davila affirms that every production of art is based on, and exceeds all the previous ones. The sum of experience inherited from all these productions produces a diachronic relationship between the artwork and its body of practices. The new work is constructed from knowledge of preceding works, works which it convokes in its interior in a dialogical play of interproductive forces. Each work necessitates a rereading and reinterpretation of the series to which it belongs, its given 'tradition'. This is a series which it disintegrates and reintegrates in the course of its production: it is driven by the impulse to reformulate the material and meaning, the language and identity of this series.
Such is the rule of artistic creation which Davila poses in his systematic use of quotation, as a device for deconstructing the language of the artwork. This is why few of his images are unprecedented or original.

The whole process of quotation implies the forging of an unforeseeable unity, from the various statements and fragments of a decomposed unity, into a new field of enunciation. In the passage from one materiality to another in the translation of one support into another, new contextual pressures are applied to the quoted statement in question, whose contours are redefined and whose meaning is reoriented in a new and unprecedented direction.

Davila modifies his quoted material in a number of ways. To begin with, by repainting fragments from the tradition of Fine Art in the primitive manner of popular realism, he remodels them and renovates the stylistic stress given to their respective modes of expression. Here his offhand brushwork, the unfinished surface damages the copy and debases the model by a vulgar reinterpretation of the keys.

But perhaps his main transformation proceeds from placing these statements in a sequence that is not only figurative but narrative as well. This new narrative sequence connects figures both from the History of Art and from his own imagination, uniting them within an irrational, phantasmatic, erotic and delirious order of motivations. All the quoted fragments are relocated in his pictures as narrative elements addressed to a sexual phantasy. This narrative tells the story, metonymically, of a desire; the storyline is held together and staged by the force of the unconscious. The syntagmatic disjunction and conjunction occurring at the level of the pictorial narrative, a syntagm articulated by the conversion of images into fictional motifs, is libidinally charged. Desire explodes in the syntactic disarticulation of quoted statements.

—Extract from 'LOVE IN QUOTES' by Nelly Richard 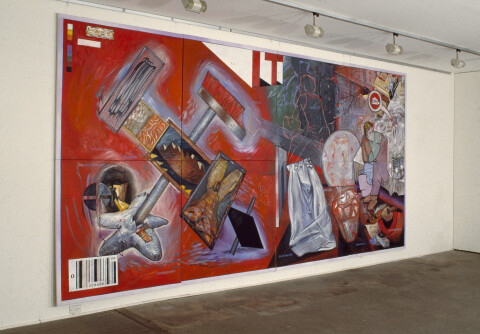 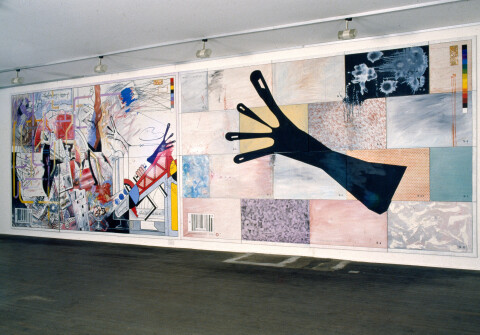 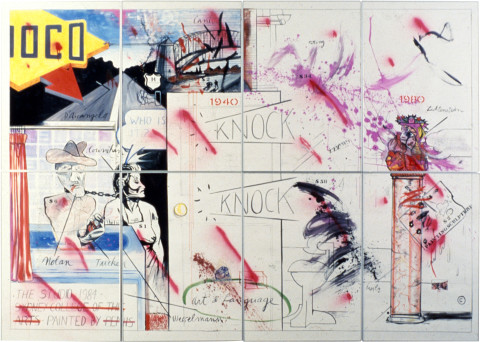 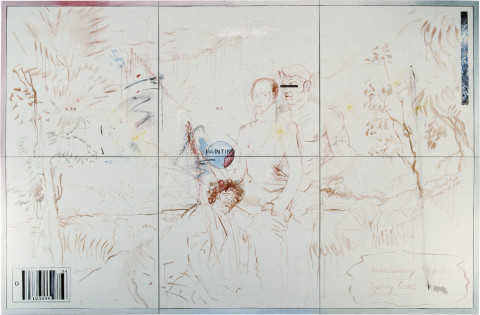 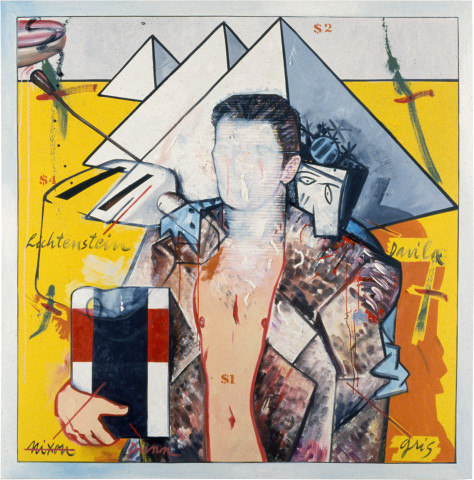 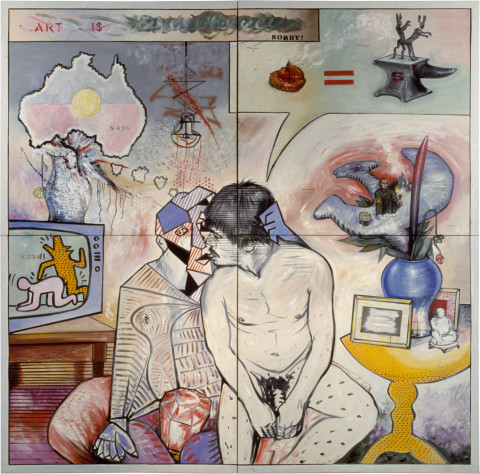 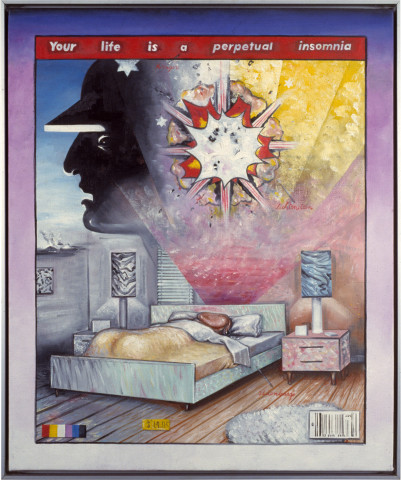 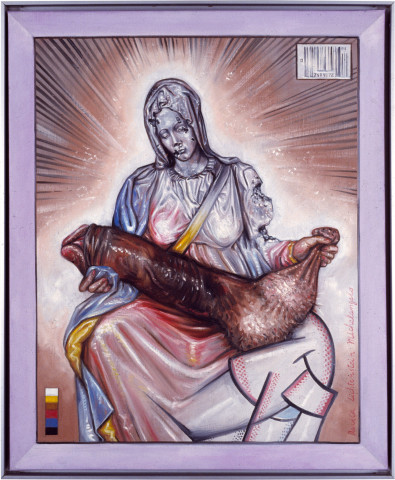 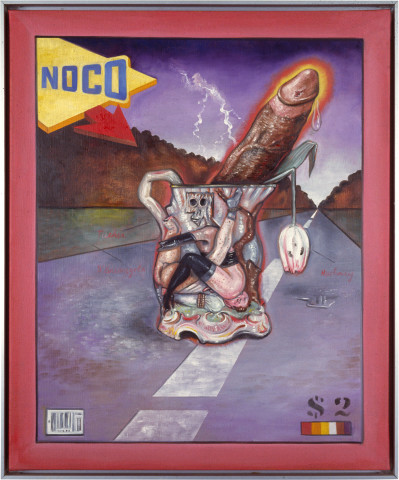 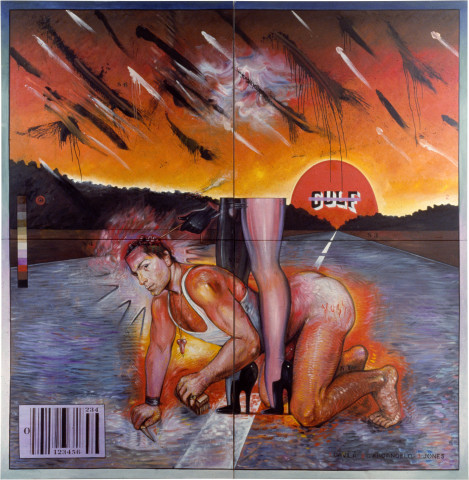 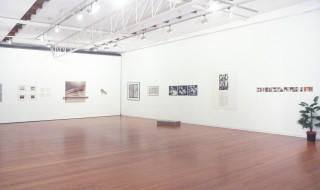 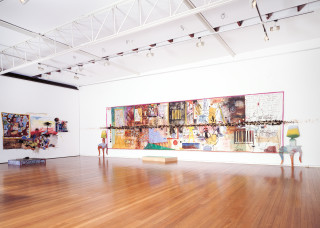 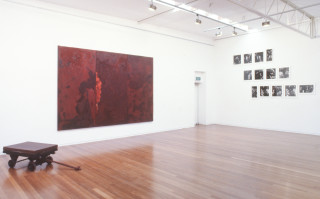 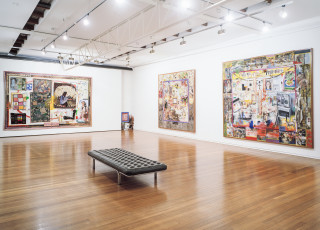 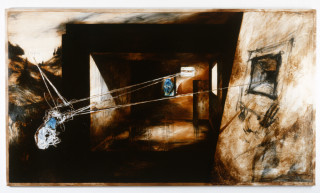 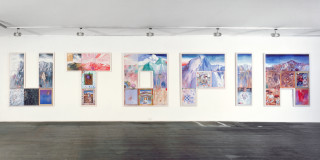 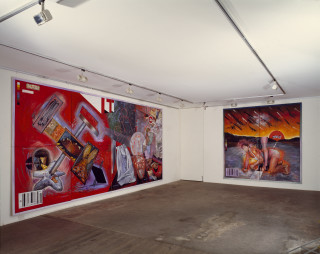 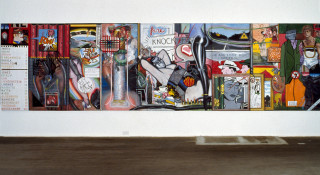