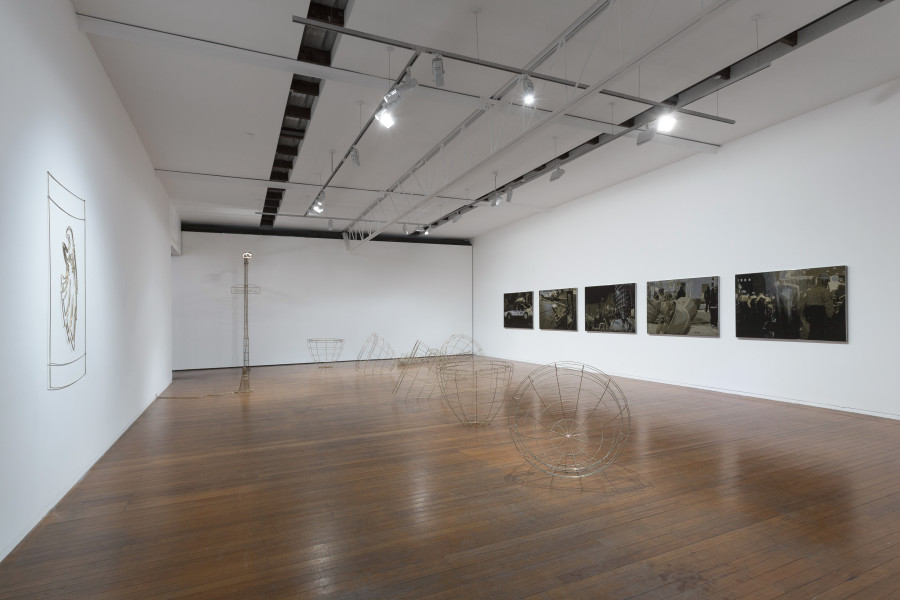 What is compelling about Dawson’s work is the paradox, in a slick, hi-def, 3D-printed world, of presence-in-reduction: he simultaneously pushes sculpture forward while keeping it rooted in the workshop. It is not about hiding the seams, but reveling in them.

I've got my friends in the world…

“Why are you always in Camden?” my mother asked me. I’m not. But every time I updated Facebook in Philadelphia, my post was tagged as “Near Camden, NJ.” Any proud Philadelphian will respond coldly: We certainly are not Camden.

Marley Dawson is a master of assemblage and kinesis, in a kind of reverse magic. If we define magic as the power of apparently influencing events by using mysterious or supernatural forces, Dawson has, in his body of work to date, given us a revelation of a different kind: a pulling-back-of-the-curtain on transformations of objects (a painting slowly spinning; a smoke ring puffed across the air; an eternal bike skid donut; a Sisyphean brick lifted and dropped, lifted and dropped). What is compelling about Dawson’s work is the paradox, in a slick, hi-def, 3D-printed world, of presence-in-reduction: he simultaneously pushes sculpture forward while keeping it rooted in the workshop. It is not about hiding the seams, but reveling in them.

There has always been something uniquely Australian about Dawson’s practice: dirtbikes, sheds, power tools, DIY, but with ambition and scale. In this country we can build for the sake of building, and from the beginning, his practice has seemed to ask this urgent question: Why not build? We have the space, we have the tools. We have the peoplepower. What makes this Australian mission more potent, even more fascinating, is it being cross-pollinated by the artist spending an extended period living and working in the United States, in two of the most layered cities in the country, Washington, D.C and Philadelphia. The latter city, and specifically its historic 2018 Super Bowl victory, is the subject of this exhibition.

Philly pride stands alone. The proud definition-by-difference of We certainly are not Camden is notable because Camden, NJ (while in competition with places like the leadened-toxic-water-sogged Flint, MI) is anecdotally known for being the worst city in America. Separated only by a bridge from Philly and sharing a common history as anchors of the Pennsylvania Railroad, there are scale and demographic differences, but like any neighbour’s house, it throws into relief for Philadelphians that we are not them, because we are us.

The general feeling is that, about being Philadelphians, Philadelphians are fanatics. Or, to put it more correctly, Phanatics. Well-known as the greatest mascot in all of American professional sports, the story goes that a large, furry, green bipedal flightless bird with an extendable tongue fell in love with baseball forty years ago (perhaps remotely from the Galapagos Islands, his official place of origin) and became the mascot for the Philadelphia Phillies major league baseball team. But this guy is not just kissing babies and doing funny calisthenics at home plate during the seventh-inning stretch. The most-sued mascot in history (according to a 2002 Cardozo Law Review article) one newspaper report put it thusly: “The Phillie Phanatic is armed, dangerous and known to have an affinity for violence.” Recently, he shot a female fan in the face with a hot dog gun, the allegedly well-intentioned bazooka blast hitting the woman “like a ton of bricks”. In 2012, another fan filed suit when the Phanatic flung her into a pool while she was sitting on a lounge chair at her sister’s wedding. Explanations as to what the Phanatic was doing at a private wedding and how he gained the strength to deadlift a lounge chair with a human on it and hurl it into a nearby pool have been lost to the dustbin of Philly history.

Dawson knows the power of power, and the power of sports – he’s used baseball bat blanks and race tracks to stage his art. Which brings us, in very Philly fashion, from art (represented, say, by the excellent Philadelphia Museum of Art) right back to sports (represented, say, by Rocky Balboa triumphantly ascending the seventy-two stone steps that run up to the Museum). It also brings us back to birds: the Philadelphia Eagles (or “Iggles” in the local tongue) NFL team. The stadium of the team that was once clad in Kelly Green and now in a more sinister Midnight Green has been nicknamed the Nest of Death, and its devout fanbase has been described in moralizing terms as having a “long history of despicable behaviour” (a fan once punched a police horse). In 1968, fed-up fans of a hapless team stuck in a snow-covered stadium pelted snowballs (iceballs, really) at a teenager dressed up as Santa, carrying a sack full of damp towels (the booked Santa was stranded in snowbound transportation). “They’re not just booing Santa Claus;” he later reflected, “they’re booing everything.” In the mid-90s, the volume of fan ‘incidents’ was so great that a group of local councilmen set up a courtroom inside the stadium to swiftly deal with offenders. This boisterous following had, until this year, not been matched by on-field success.

February 5, 2018. The 52nd Super Bowl: Philadelphia Eagles 41 – New England Patriots 33. A relentless game, narrative-rich: five-time champion Pats and the ageless Quarterback Tom Brady going against an Eagles team led by the backup QB Nick Foles, who two summers previous had contemplated moving on from pro football (this hard-luck tale just makes him more Philly’s guy). The highest-scoring title game since 1995; yardage records smashed; first Super Bowl title ever, first NFL championship in 58 years. “Not so much a difference in quality as a difference in nerve”, the commentary went. An iconic game for NFL, sure, but for the city? Well, asked what the title meant to the city of Philadelphia, Eagles owner Jeffrey Lurie said, “If there’s a word, (it’s) called ‘everything’.”

After the win, chaotic joy was unleashed. The City authorities thought they were ready for Philly sports fans’ infamous penchant for public shows of emotion – they greased the light poles to try to stop climbers. WE DON’T WANT YOU TO ASCEND was the message laid out in thick goops of Crisco cooking grease. But who’s gonna stop Balboa going up those steps? “Philly’s post-Super Bowl ‘celebration’ was really a riot” one headline stated, but ‘A rose is a rose is a rose’, as Gertrude Stein once said. It is what it is.[1] One bystander remarked to the Philadelphia Inquirer “It seems to be under control in that the city hasn’t burned to the ground yet. I think they’re handling it pretty well.” The report goes as follows: Department store windows smashed. Ritz-Carlton Hotel awning collapses with more than a dozen people on it. Cars flipped over. Cars set ablaze. Three people fell to the ground from light poles and lost consciousness. One Eagles fan could be seen eating horse manure off a street as a crowd of people gathered around him to cheer him on. People yelling “Everything is free,” while looting a Sunoco gas station. “Damn it, Philly we are better than this” said one tweet. Maybe it should have said: Philly, we are this. And Everything Can Be Free.

Dawson has taken the symbols of this uprising and rendered them as ghostly outlines and woven memories of this fevered time. For the Crisco grease barrel, Dawson removes the corporate image plane of the drum and shows a memorial skeleton, vestigial, emptied out not only of its goo but of quotidian signifiers, and elevated to a monument, albeit a fallen one, like a dead cannon in the now-flowering fields outside Paaschendale in West Flanders. We see a fallen traffic light, maybe the city’s most basic machine of the control of movement of its citizens – WE WILL TELL YOU WHEN TO GO AND WHEN TO STOP. Fittingly, Dawson the master woodworker fells it like a tree. It is said that because trees existed in pre-historic times eons before the evolution of bacteria that eats wood and thus rots it, fallen trees would pile up and up all over the globe, never decaying. Maybe one day, all traffic lights will look like this.

Fuck Tom Brady. To understand this game, you have to understand the teams. If the New England Patriots were a person, they would be a Koch Brother wearing a Darth Vader helmet. They are the evil empire, with their relentless master Head Coach Bellichek, their history of spying and deflating footballs – anything for a competitive edge – their Trump-buddy owner, and their QB, possibly the best ever, and getting better with every robotic year. Tom Brady is so insane about his performance that his trademarked TB12 diet means he doesn’t eat nightshade vegetables such as peppers, tomatoes, and eggplants, lest they detract for some spurious reason from his pure physical peak. When he treats himself to a dessert, it is mashed avocado “icecream”. The Philly Cheesesteak, the dish bestowed with the name of the city at the heart of the American Revolution, the birthplace of the Declaration of Independence, is a signature mix of beef and artificial cheese slop, onions optional. Trump won Pennsylvania in 2016, sealing victory, but Philly voted 6-to-1 for his opponent. The city refuses to rest.

Terry Smith once told me in the 1990s that the moment he knew Manhattan (Philly’s number one Big Brother, casting a long shadow) had changed was when the flowerbeds appeared on the streets. In the Super Bowl celebrations, Philly’s urban planter pots were tipped over, dirt spilled onto the streets. Seen here as Dawson’s sculptures, they remind us of a dark cousin to New York’s new $200 million public artwork The Vessel, which takes a similar form, and is 154 flights of stairs to nowhere. Pure aesthetic, nestled in the shiny new spectacular late-capitalism of the Hudson Yards development, if you rise to the top you will either look at the glassy facades of law firms and investment banks, hiding the older city to the east, or turn the other way to look west across the Hudson at New Jersey, far enough to appear as a hazy non-threatening expanse. But keep going in that general direction, turn south and you find Camden, then cross the bridge and there, as always, is Philly. Dawson has spoken about a haunting being ever-present in Philly: an on-edge sense that something bad is about to happen in the City of Brotherly Love (as Neil Young sang it in his own haunting voice). This is always going to be the way when you have the singular mix of American pain and American joy in one place. Insane civic pride can erupt, but the hoarse cheers settle and rest, for years, to quiet, as one great American poet (The Boss) noted in The Streets of Philadelphia: At night I could hear the blood in my veins, it was just as black and whispering as the rain.


[1] Credit should, however, be given to the sub-headline’s postulation that “If the crowd were majority black, the world would’ve responded very differently”.
— 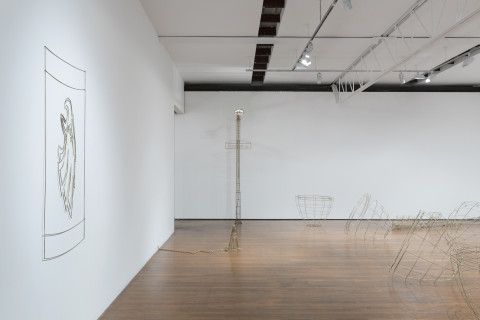 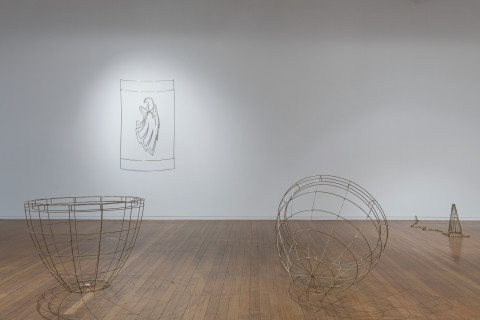 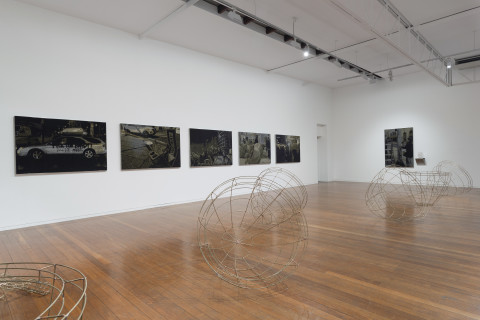 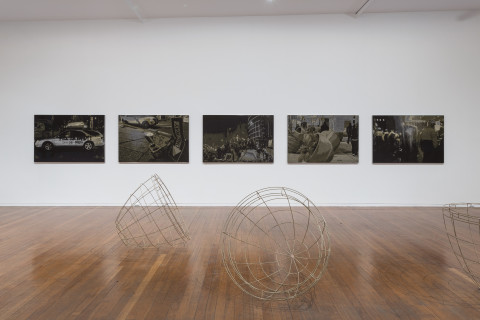 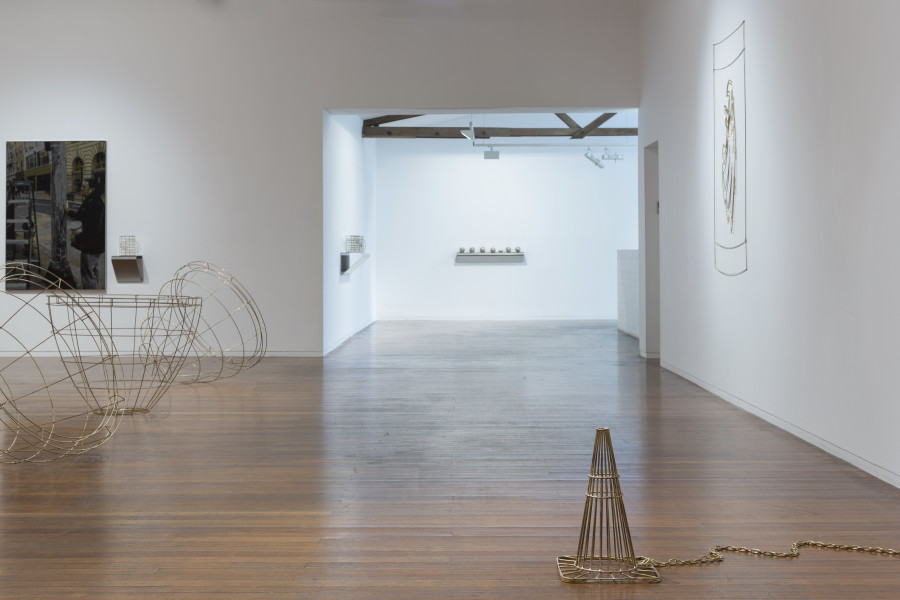 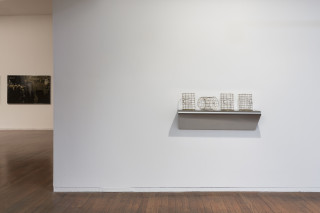 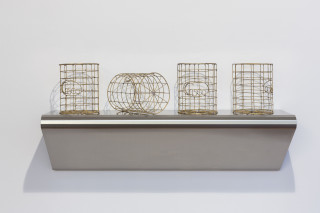 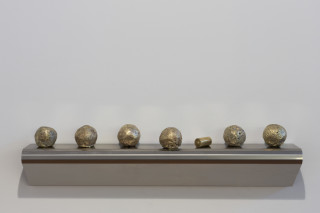 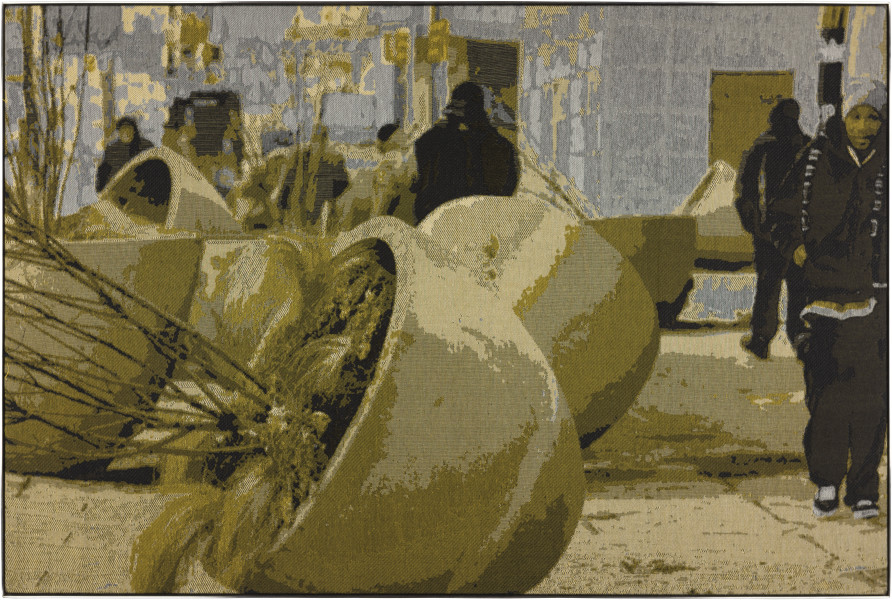 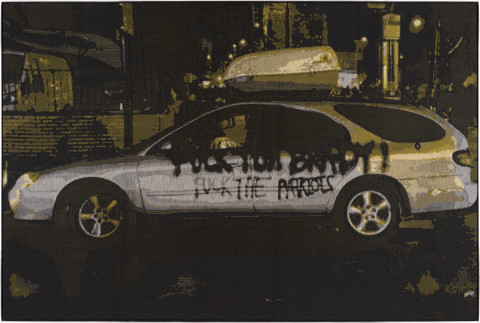 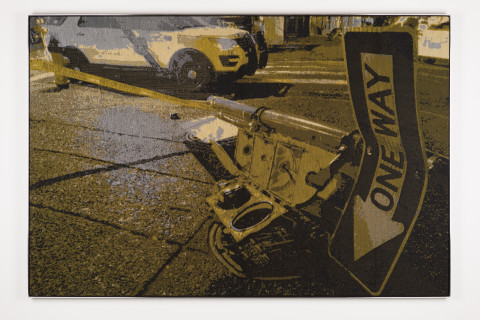 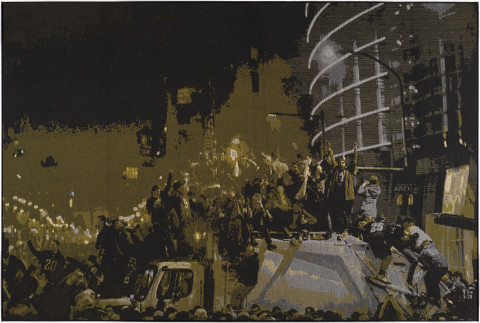 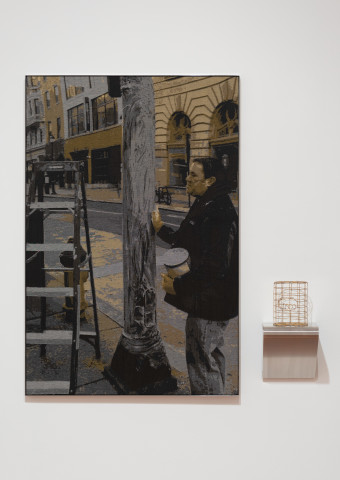 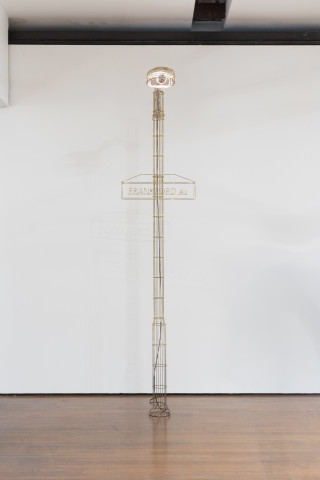 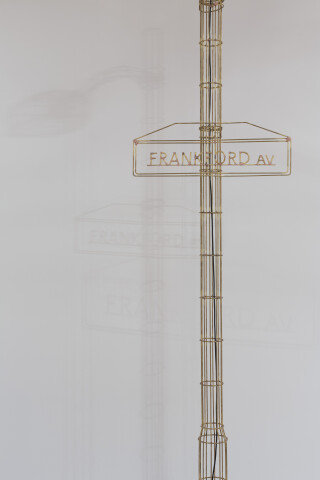 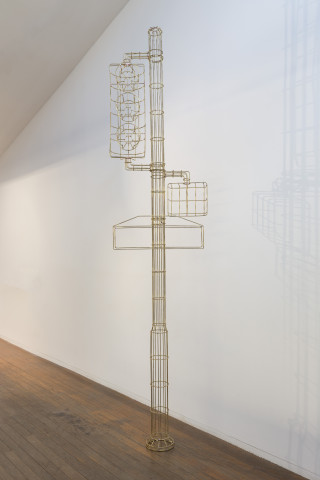 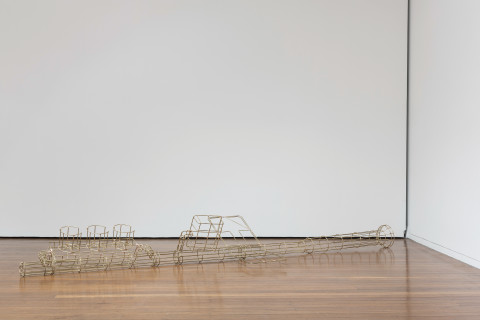 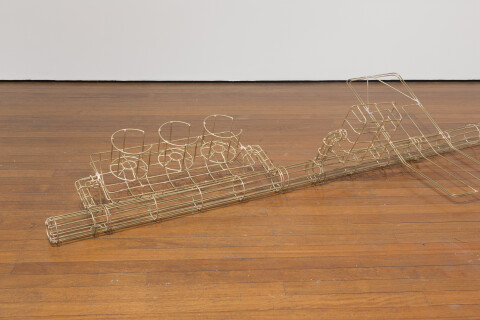 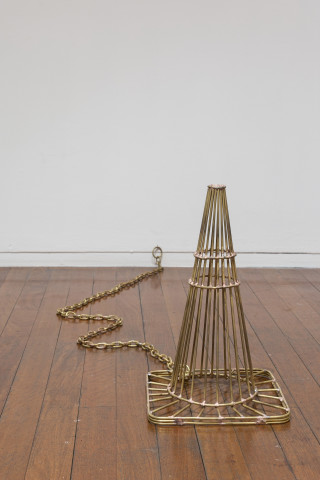 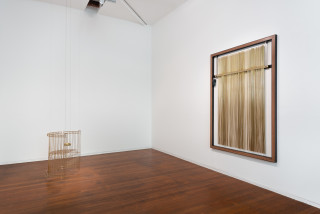 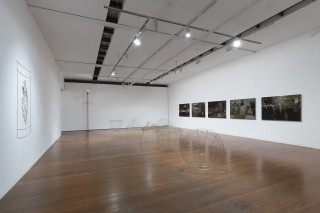 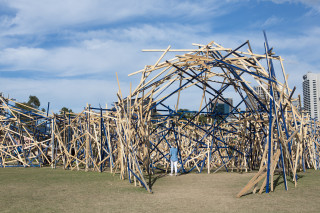 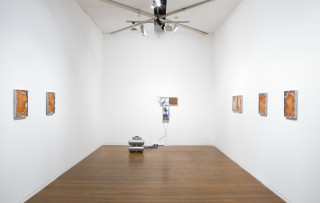 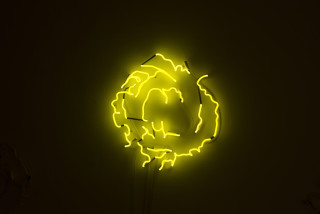