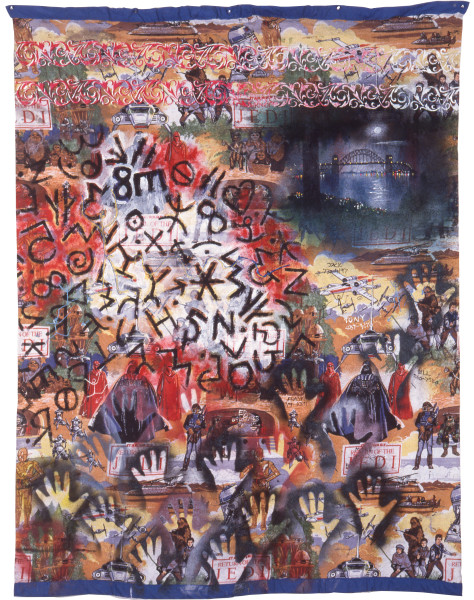 New York has a special relation to history - it's the oldest place in the world because it's been in the 20th century the longest. It's a city like a gear-shift, a box for different speeds. Prehistoric and postmodernist, it gives you the latest in telecommunications and the oldest in voodoo. Black-white-yellow-brown, everybody's on the streets: the young man strutting like a wind-up colonel; the crazy, turbaned drag-queen speaking in tongues. The grey-haired old lady who inches along with a cane and thanks Hilter for burning the Jews; the big black man who dances with a shoe on his head and sings 'Glory to Wagumba the Highest'. The Puerto Rican who moves quickly through the crowd trailing a leather jacket, 'only 10 dollars'.

New York's too amazing to be left to the Americans. David McDiarmid is someone who thrives in this plural, chancy, mobile environment. And his work - with its mesmerizing intricacy of surface and subsurface - is erudite and streetwise enough to get by.

Music is the oxygen of the people in that city, and McDiarmid's paintings are all song titles. Liquid and percolating rhythm tracks, lush Africanized melodies, or luminously syncopated salsas, provide metaphors for the action in these works. Certainly the borders between dancing, music, painting and writing are much more fluid in the underground sub-culture there.

Writing, in New York, means graffiti. McDiarmid's principle influence. His cover-the-earth energy conveying speech, noise, motion, love, pain, power, paranoia and upfulness, comes from the graffiti tags that cover the interior of trains in the subways. Covering maps and ads, graffiti pays no heed to borders, spreads right over obstacles making walls of different angles, doors, openings - anything that will support inscriptions which pursue themselves. They are emblems, totems, warrior blazons, tribal self-celebrations.

David McDiarmid's acrylic on cotton (often using the pattern of bedsheets as found material) combines Caribbean NeoHooDoo with inner city exoticism. There's the magic of names (Julio, Luis, Carlos, Hector) and the talismanic power of picture-letters (A,E,I,O,U) - the head of an ox that became an A, a house, a shelter; there are tattoos (LOVE/HATE) and phone-numbers and knives. There are primitive stick-figures, equal signs, infinity signs, hex signs. There are hearts, arrows, spirals and homo-erotic figures that mark nothing but intensity: marks for another, they form a want, a desire, a hunger, a craving for another, an appeal to another. There are marks contrived in secret places, recalling simultaneously a malignant bush in Mali and a cheap porn theatre on the Lower East Side. There are signs scrawled while lost in the dark funhouse of paranoia (Fear, Insecurity, Pride).

It's Mondrian's Broadway Boogie Woogie meets East Village Funk. In these works David McDiarmid invites the School of Paris to the block party. In these works it is clear the city has woven a rhythm into his blood stream, and laid a beat on his nervous system.

And you just can't miss, with a beat like this. 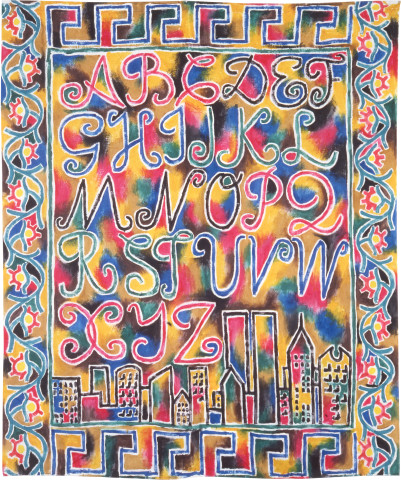 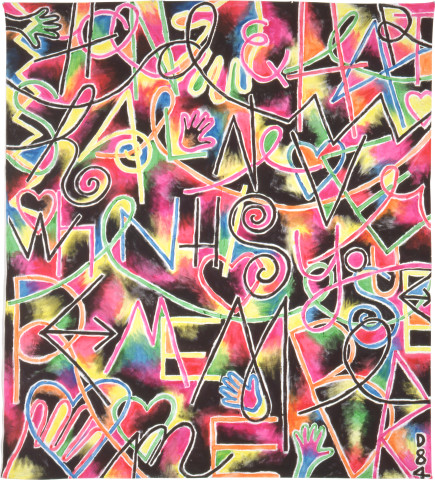 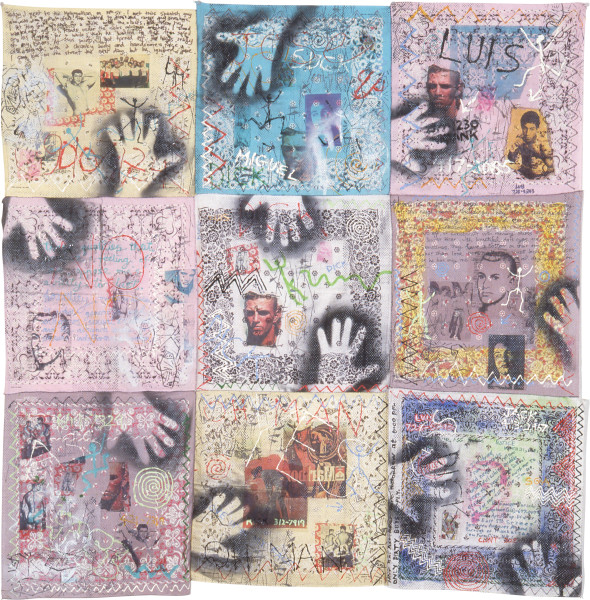 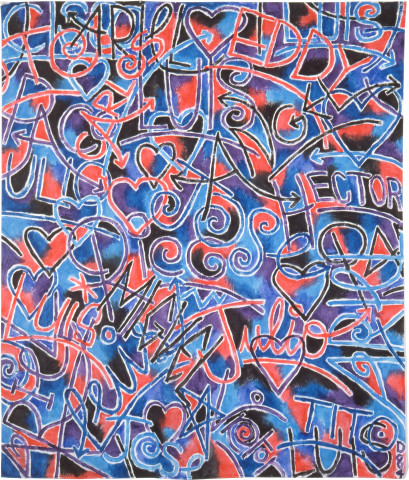 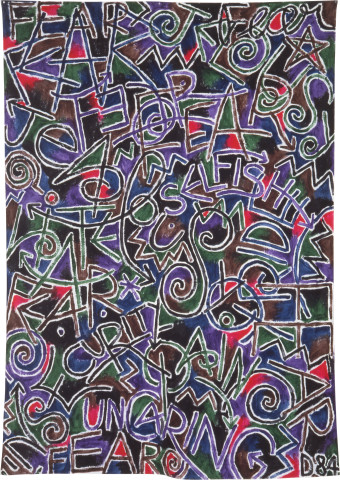 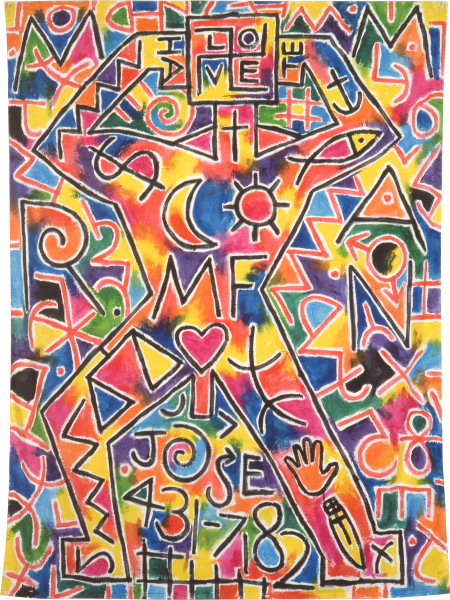 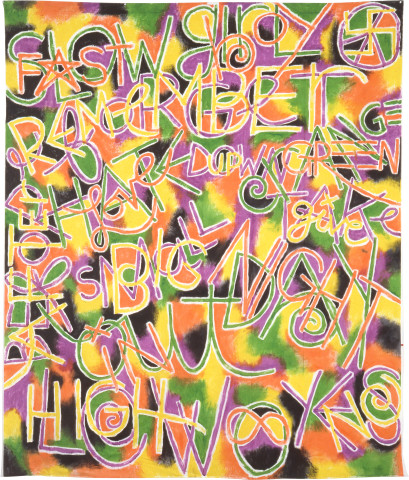 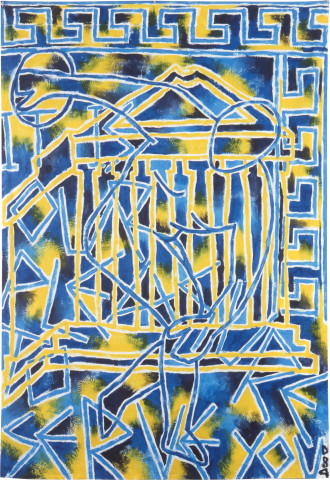