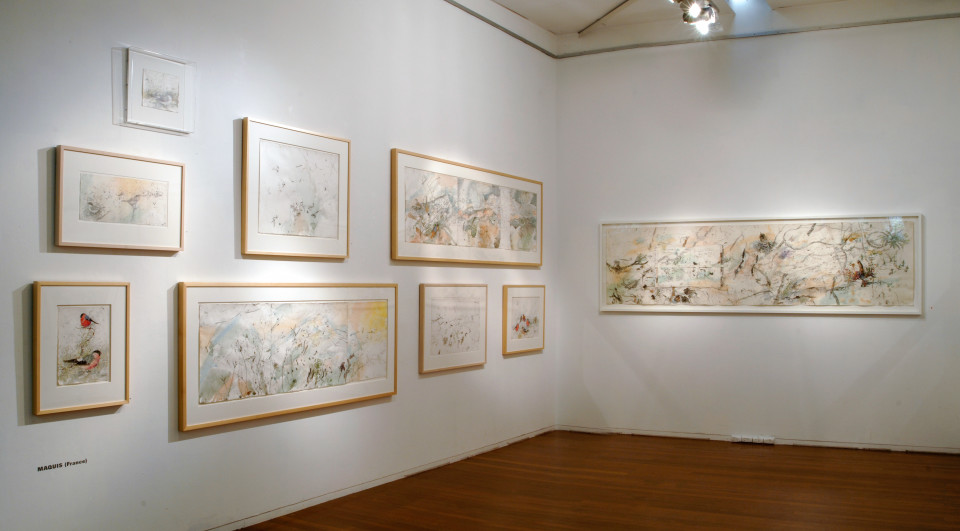 The famous paragraph about a 'tangled bank' with which Charles Darwin ends The Origin of Species was based on a particular patch of ground in Kent which still remains there today, still enjoyed by the descendants of the same birds, insects and worms which he described. This exhibition is about two other patches of scrub—one I found in the sandhills of the West Victorian Mallee, the other on the slopes of Mont Sainte-Victoire in Provence.

The famous paragraph about a 'tangled bank' with which Charles Darwin ends The Origin of Species was based on a particular patch of ground in Kent which still remains there today, still enjoyed by the descendants of the same birds, insects and worms which he described. This exhibition is about two other patches of scrub - one I found in the sandhills of the West Victorian Mallee, the other on the slopes of Mont Sainte-Victoire in Provence.

These drawings and paintings were done after high-temperature bush fires had passed though—both in the Murray Sunset country; and almost as a result of wishful thinking, near Aix en Provence, five days after I arrived there. Very felicitous!—because I have always found that the period when a burnt-almost-to-nothing landscape is reborn and regenerates in a miraculous way, can provide a wonderful window through which to see the inner workings of a place. And this time in the course of documenting these processes, I often sensed the most eerie connections and correspondences between the two widely separated tracts of ground.

I knew the basic scientific stuff—and that old Darwin had described how regions of similar climate and geophysical conditions could evolve similar plant and animal forms. And I have always been moved by the great imaginative power of Darwin's 'great idea'—and how, as he put it later in that paragraph—there is a grandeur in this view of life...that whilst this planet has gone circling on according to the fixed law of gravity, from so simple a beginning endless forms most beautiful and wonderful have been, and are being evolved.

Well, I had understood these things intellectually but these months in the Mallee and the Maquis gave me something more. While spending days experiencing and drawing the actual life in those tangled banks and ecosystems I had a number of elusive glimpses and strange intuitions into the nature of time and the living world. For instance deep in a tangle of needlebush near my home in the Whipstick forest I heard some phrases in the song of a White-throated Gerygone which had an eerie correspondence with some of those I had heard coming from the throat of a Fauvette grisette hidden in a hawthorn tree on the side of Mont Sainte-Victoire. And when I saw the birds themselves they were so similar in essence and behaviour they could almost have been the same species. And that is the mystery; they were almost identical and yet had evolved for sixty million years, over deep time—far apart.

Or again, I found correspondences and convergencies between the forms and even the scents of a Mediterranean Erica heath species near Aix, and an Epacrid heath species near Nhill - almost identical and even being pollinated by almost identical moths! They were all obediently following Darwin's ideas about how environment evolves parrallel forms. And going even further - and doing something even Darwin doesn't seem to have written about—evolving so convergently that sometimes they were almost identical except for those hidden genes. Yet... there was something beyond all this - I was having glimpses of something more as I meditated in the space in between these two worlds. And its this ' something more' that I have tried to reveal in this exhibition.

I thought to myself...' What would happen if I had one wall full of paintings of Mallee plants and birds, and then on the opposite wall their counterparts from the Maquis ? What would happen for the viewer standing there in the space in-between ? Would the earth move?

I wondered if the images on those different bits of paper would talk to each other across the room, and if the Gerygone would sing across the room to the Fauvette grisette. Perhaps there could be a sense in which these journeys in deep time, and across vast spaces, could meet in the same place; and became one, in the manner of Baudelaire's, - ‘Comme de longs échos qui de loin se confondent Dans une ténébreuse et profonde unité, Vaste comme la nuit et comme la clarté, Les parfums, les couleurs et les sons se repondent.’ And I must explain that these drawings were made in a rather an odd way. - usually it is the artist who travels and makes the drawings - here it is the actual sheets of paper which have made part of their journey without the artist. Many of them I released in the landscape and then left them to be blown by the winds across the sandhills and the scrub. They have had their own experience of the land; and the dark skeletal trees have conspired with wind, rain and sunlight to draw and mark them with strange calligraphies; and fold and curl them into a variety of sculptural forms. They have become 'ventifacts'. Later I captured most of them where they had come to rest or roost in tangled banks or sand dune hollows. Others I never found. They must still be travelling through distant woods of pine or oak, or far into the Murray Sunset Wilderness.

I collected some of them weeks or months later—and I then became yet another agent of change as I added more calligraphies and drawings of the birds and plants of the Mallee and the Maquis. When in France I liked to think that the way the landscape kind of drew itself within and around my folded and implicate paper surfaces might relate to the way Cezanne found ways of painting the inside/outness of these very same land forms. Often as I drew in the creases of rock stratas or in the folds or flanks of the mountain I felt he was watching and wondering what I was doing. Knowing how often he had railed at the damage being done to his beloved landscape I might have told him that I was thinking of describing these drawings as 'inventories'. Both in the Maquis and the Mallee countless species are being lost at an ever increasing rate; and it may be that some time in the future these art works may be seen as a kind of inventory of what used to be, and what will soon be seen no more.

—
In 2005 John Wolseley (b.1938) was made an Honorary Doctor of Science by Macquarie University and was also awarded the Visual Art Emeritus Award by the Australia Council. His work has been included in many group exhibitions and can currently be seen in The Ecologies Project at Monash University Museum of Art. In 2006 an exhibition of his and Tony Clark’s paintings, entitled A Bird in the Hand, was held at LaTrobe University Visual Arts Centre Gallery and the Art Gallery of New South Wales. He was included in 2004 – Australian Art Now at Federation Square – National Gallery of Victoria in 2004. A major monograph, John Wolseley: Land Marks by Sasha Grishin was published in 1998 by Craftsman House and a second, expanded edition was published in 2006. John Wolseley is represented in all state galleries and numerous public and private collections both in Australia and internationally. Natural Selection:MALLEE/MAQUIS is his fourth solo exhibition with Roslyn Oxley9 Gallery. 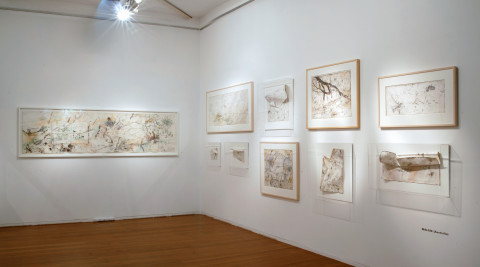 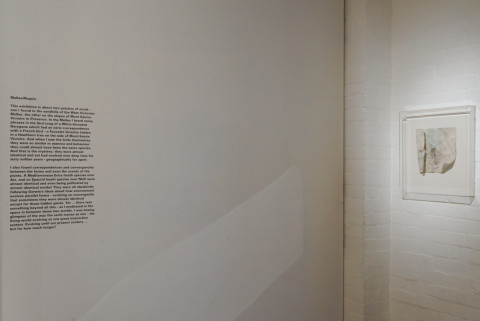 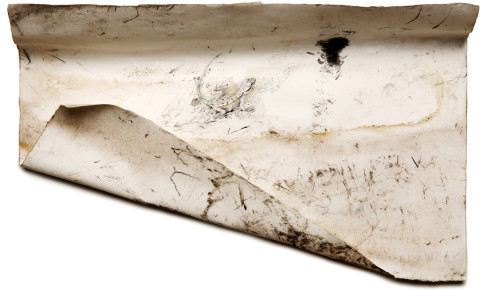 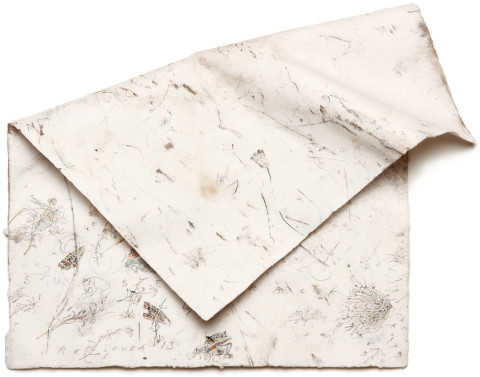 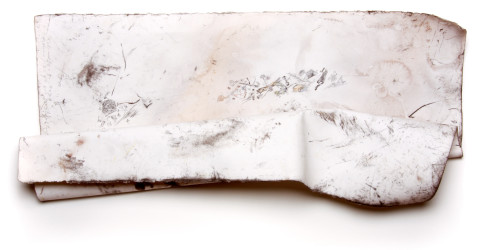 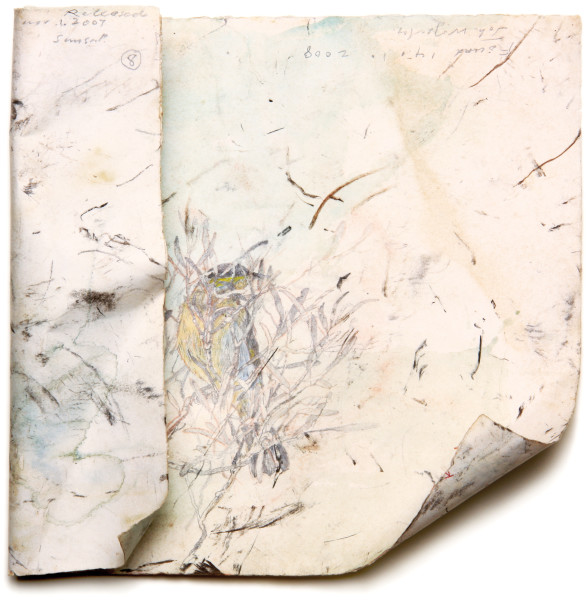 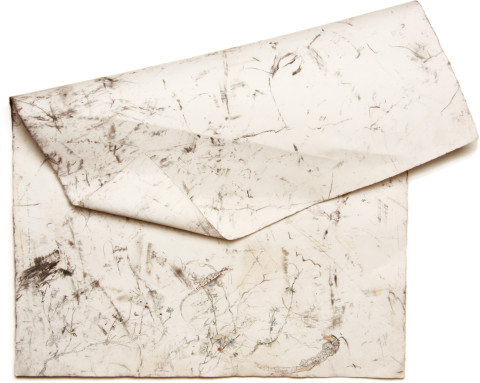 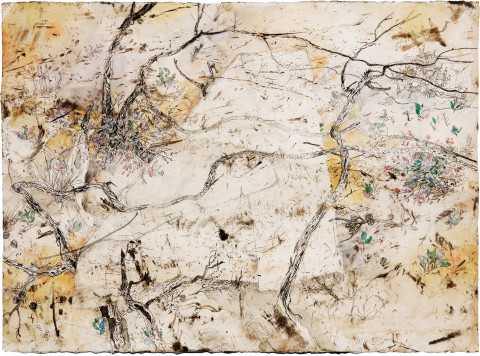 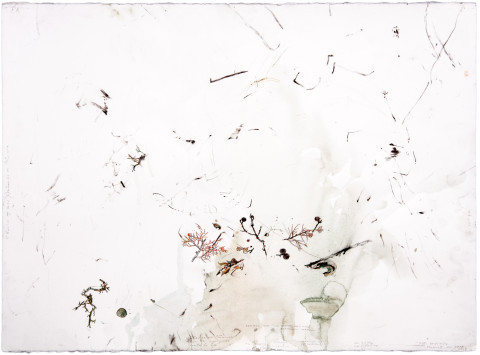 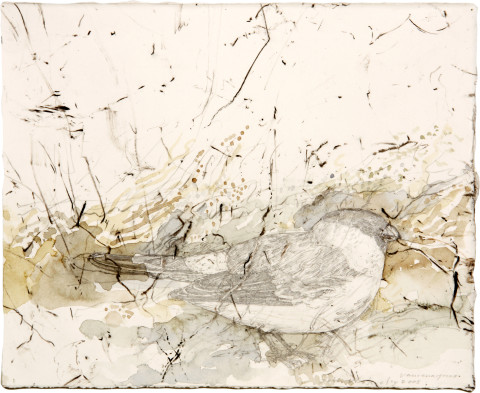 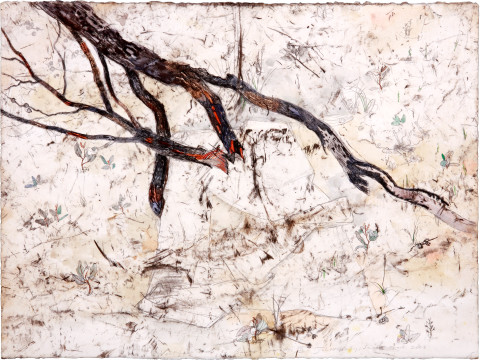 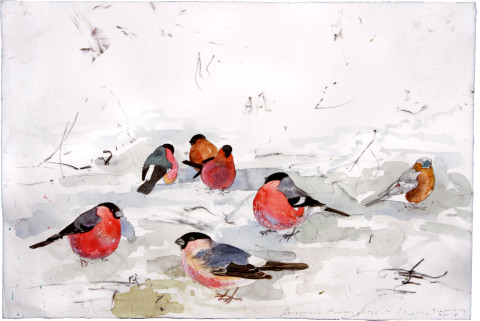 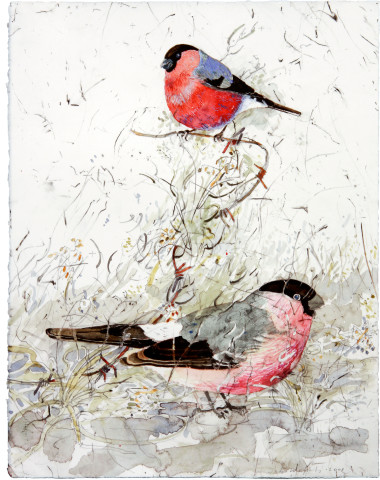 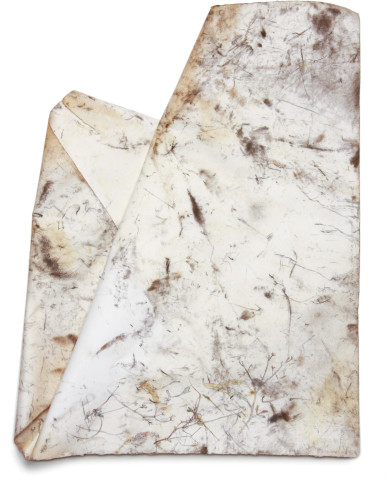 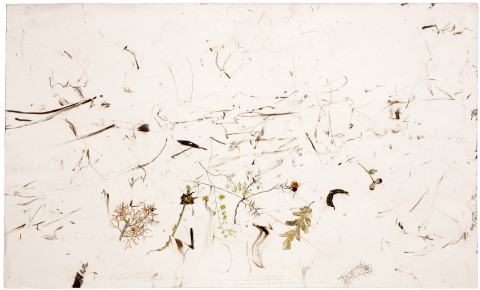 9. An Inventory of the Plants of the Maquis, no.1, 2008
juniper charcoal, graphite and watercolour on paper
57 x 77 cm
enquire 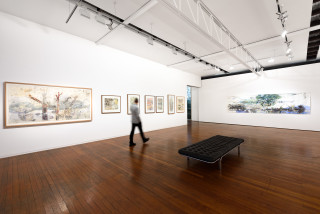 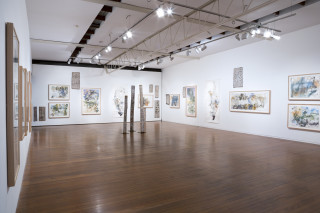 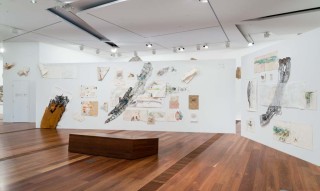 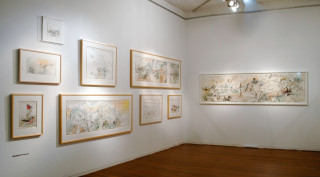 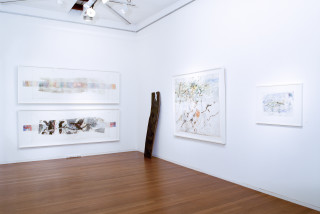 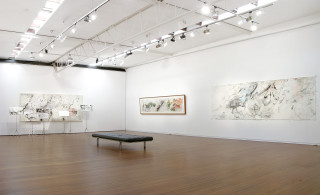 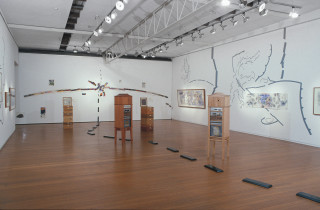 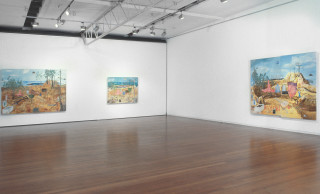