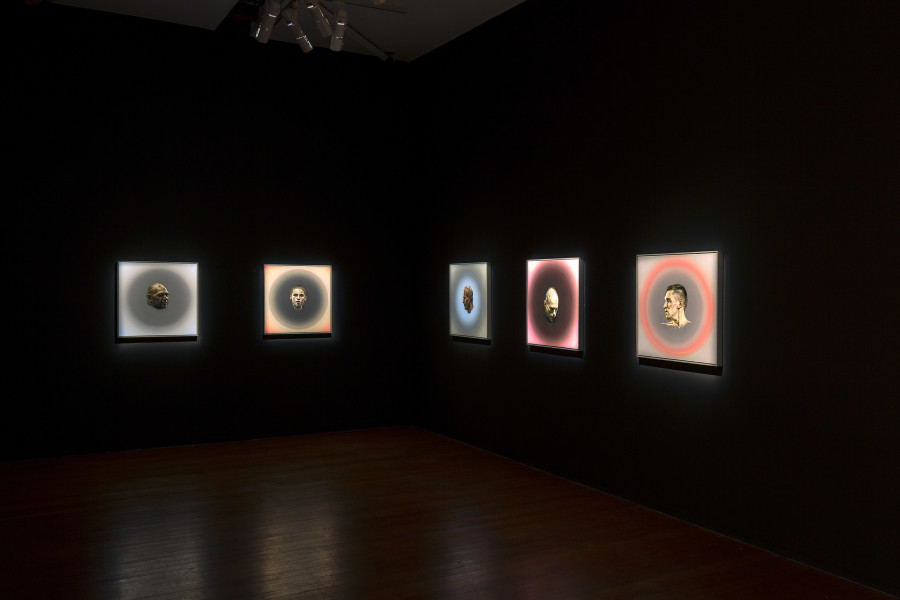 In Louise Hearman's paintings and drawings things are not always as they seem. It is up to us to imagine what is glimmering in the half-light or lurking deep in the shadows, as the artist offers no written clues to the evocative content of her works.

In Louise Hearman's paintings and drawings things are not always as they seem. It is up to us to imagine what is glimmering in the half-light or lurking deep in the shadows, as the artist offers no written clues to the evocative content of her works, which are generally left untitled. An underlying sense of disquiet permeates her images. Like the fragmented memories of dreams or nightmares, they carry the emotional traces of everyday events, but cannot easily be explained in words. Their logic does not belong to the daylight hours, even though their content may sometimes appear quite ordinary.

Drawing for as long as she can remember, Hearman has been exhibiting her work since the 1980s. Over her career, her paintings have been compared with those of Spanish artist Francisco Goya (1746-1828).1 Her work has also attracted references to the art-historical movements of romanticism, symbolism and surrealism, and, in terms of her subject matter, to the American writer Edgar Allan Poe (1809-1849).2 Despite these historical comparisons, her art is very much of today. Her personal vision echoes the charged atmospheres and anxieties of contemporary life, capturing its frequent schisms and aberrations, as well as its moments of sublime beauty.

Hearman collects imagery for her paintings by closely observing and photographing her everyday experiences. The inspiration for her works often arises while she is outside walking her dog in Melbourne's distinctive early morning light, but she prefers to paint inside her studio, where she can control the lighting and conditions. Hearman's single-minded attentiveness to light and its almost magical power to transform our perception of the world, as well as her technical ability to render its effects in paint, are central to the mysterious images she creates. Working predominantly at a small scale in oil on masonite, she produces figurative compositions made up of realistic depictions of everyday forms. Plants, animals and children feature prominently, often in surreal juxtapositions and conveying that elusive quality known as the uncanny, which only arises when the familiar becomes strange.

Her landscapes are often set at the edges of suburbia and tend to have a creeping uneasiness, like images of a crime scene, where the physical reminders of trauma have long been removed, but a psychic disturbance remains. Her portraits are similarly enigmatic, often featuring a group of subjects she has called 'her secret people', who she says can be real or imaginary but always possess 'a particular kind of look'3—staring unflinchingly towards us or with their eyes closed. In other works, people are depicted with their heads turned away, light transforming the air around their hair and skin into globes, auras and halos. The backs of people's heads endlessly fascinate the artist, and her works draw our attention to these evocative shapes, with their unknowable expressions and infinite potential.

The power of Hearman's pictures lies in the way they move us emotionally: while we may never comprehend exactly what we are seeing, we can feel their impact in our body and mind. Her paintings and drawings remind us of the capacity of traditional media to affect and stimulate. By combining commonplace imagery with highly personal visions of the unknown and the unknowable, they hint at the compelling non-verbal nature of our thoughts and imaginings.4

Louise Hearman is well known for her dark dream-like paintings that are often said to have a cinematic quality, and like film stills they capture transient moments of imaginary time. Melbourne landscapes feature prominently in Hearman’s work—often the edges of suburbia captured at twilight or sunset—and incorporate otherworldly forms that imbue them with a supernatural quality. Hearman collects imagery for her paintings by photographing things she notices in her daily life. She mentally recombines these photographs with other images to create unsettling compositions that transform the ordinary into the strange. With great technical skill and rapid brushwork, she focuses intently on capturing particular qualities of light in her subjects and conveying moments of intense radiance and darkness. These disquieting images are reminiscent of fleeting sensory impressions, like something glimpsed but not quite seen, caught at the moment just before conscious apprehension. By combining commonplace imagery with personal visions of the unknown and the unknowable, Hearman hints at the wonders of the universe and the compelling nature of our nonverbal thoughts. 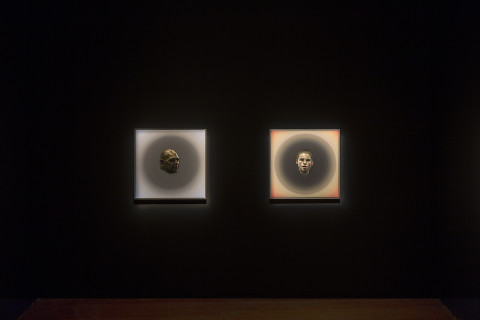 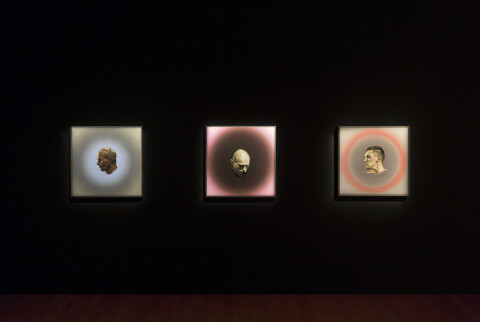 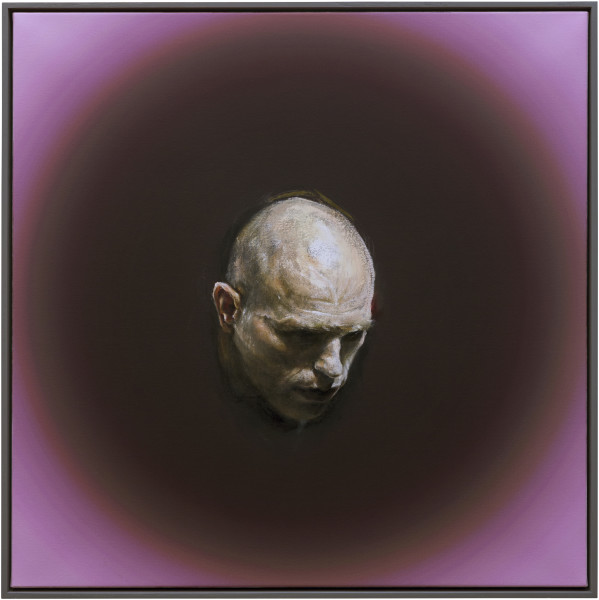 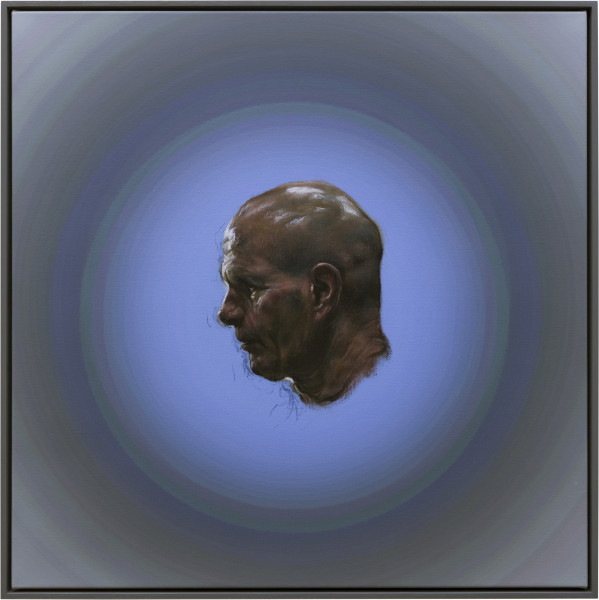 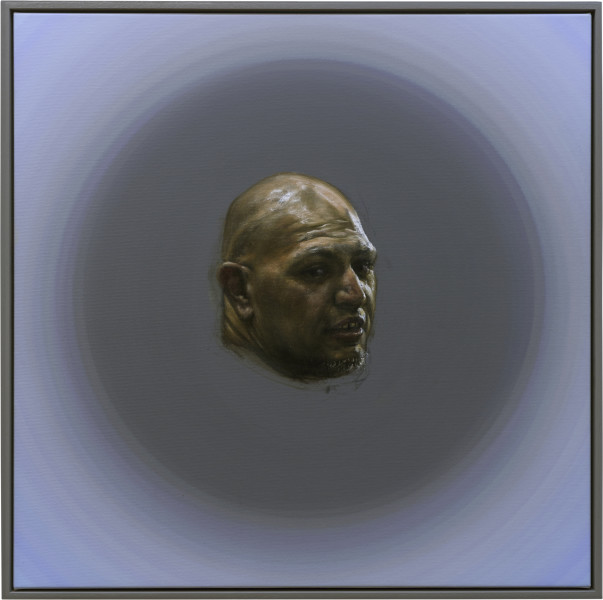 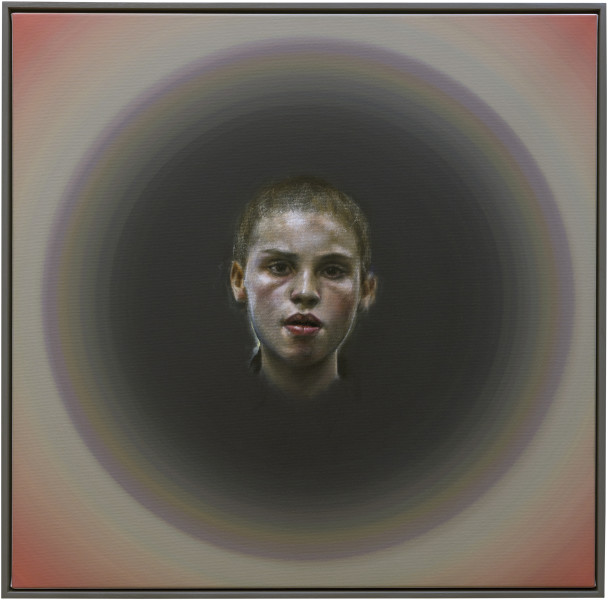 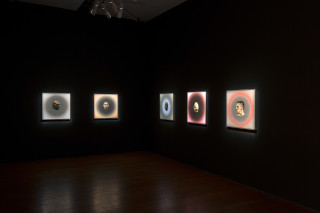 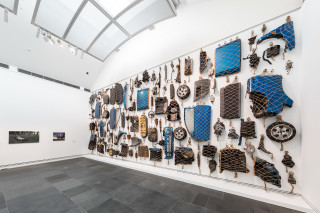 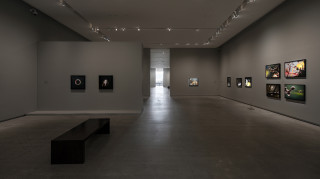 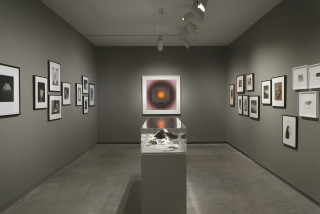 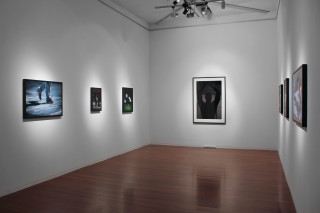 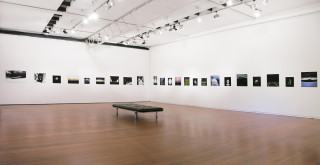 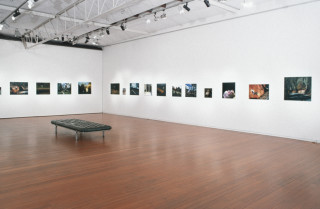