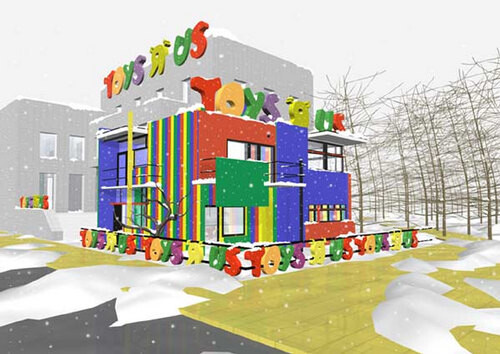 Local +/or General is a collaborative effort between Callum Morton and the Melbourne-based group UDL (Sean Elstob, Nick Hubicki, Callum Morton and Tim Wid). Eight large digital prints show iconic modernist private homes that have been transformed into a series of public retail and restaurant franchises, in a collision of two different lifestyles.

Local +/or General is a collaborative effort between Callum Morton and the Melbourne-based group UDL (Sean Elstob, Nick Hubicki, Callum Morton and Tim Wid). Eight large digital prints show iconic modernist private homes that have been transformed into a series of public retail and restaurant franchises, in a collision of two different lifestyles. The images are constructed with a combination of computer software applications (Auto Cad, 3-D Studio Max, Illustrator and Photoshop), the generic, standardised tools of contemporary design. UDL have created a modern, model convenience village rendered in cold clarity. In the surrounding landscapes even disorder and decay—snow drifts, precipitous cliffs and rusting vehicles—is given an aesthetically anaesthetised skin.

Are UDL asking us to imagine a future where modernity is corrupted by its sibling, free trade? Well, to start with, that's not a proposal, its real. Those drinks were mixed at the beginning of the night. And who is ever really surprised by the transformation of the private sphere by the public sphere? Perhaps they are suggesting that this is in fact a desirable future, that the slick veneer of the brand, of the super graphic, is in fact where the rhetoric of modernity continues? This attraction to the aesthetic of hyper-modernity comes at a cost. The persistence of these narratives is, by necessity, violent. It swallows all that we hold dear, even precious good design (and aren't there so many good designs darling!).

What remains curious is the ambiguity of the scenes. The atmosphere that has been constructed around the buildings themselves is uncanny due to the absence of a figure. This is nothing new within the language of architectural documentation. Within that paradigm you never expect people. But in the UDL universe it is as if a mirror has been cast over the architectural image. The world has stopped and where have all the people gone?

… As you turn left off the bridge the headlights of your car fall across the sign leading toward the Old Farnsworth House. It's late and you're tired and hungry. From memory there are no stores for miles. As you turn toward the south, you look across and spot the piercing white geometry of a 7-11 glowing in the night. Holy convenience! When did they put that there? Moments later you are walking hurriedly through the store toward the fridges. You cast your eyes quickly across the interior noticing with brief admiration the sheer scale and range of products. Later, pulling out of the carpark, your Kit Kat hanging out of your mouth, you glance at the store in the rear vision mirror and think, 'They just get better and better.'

According to the UDL, the world has already become an idyllic theme park of free trade. It's a world without history, without boundaries, without …people. Cool!

This is the third show of Callum Morton's work at Roslyn Oxley9 Gallery. 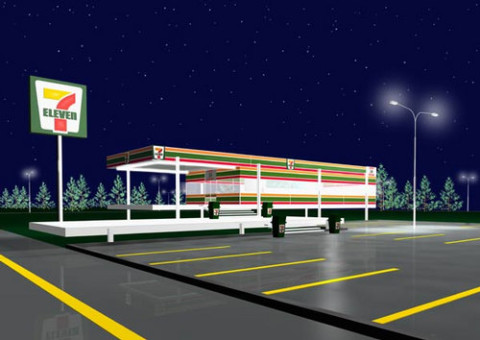 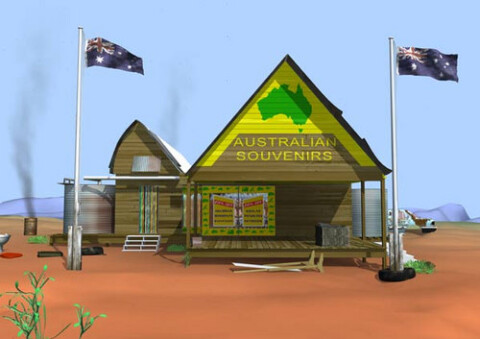 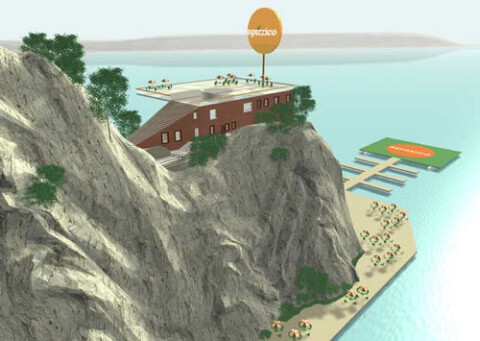 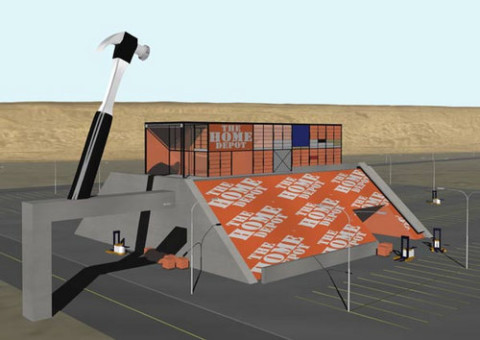 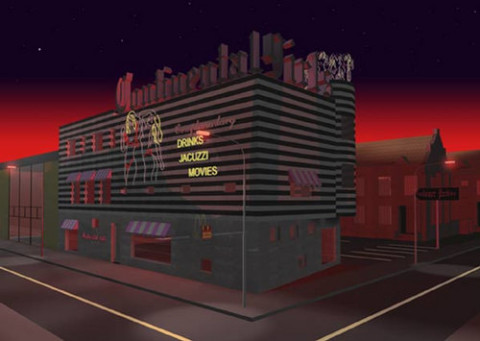 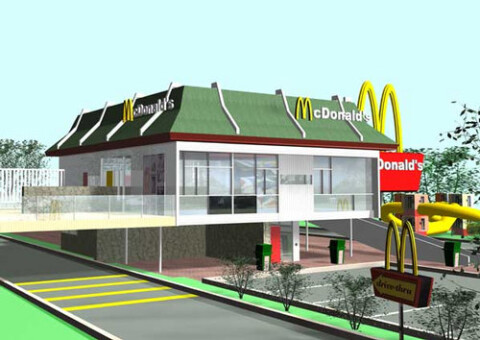 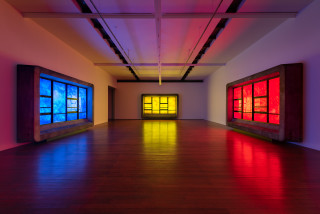 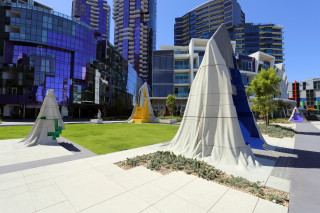 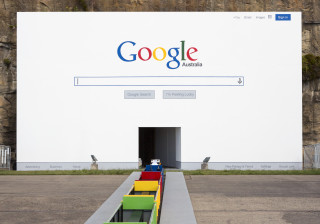 Callum Morton The Other Side
19th Biennale of Sydney, 2014 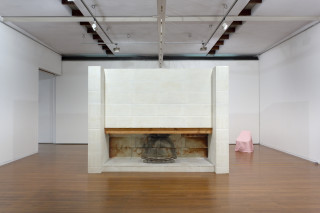 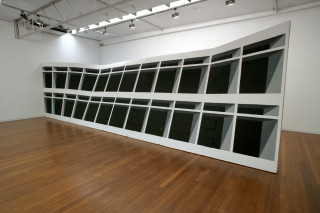 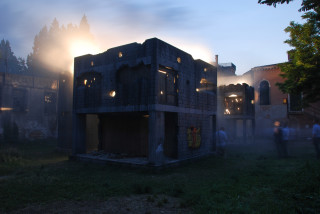 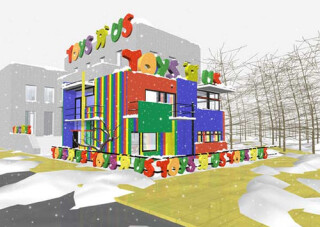 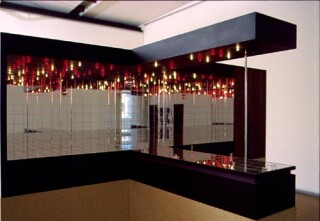 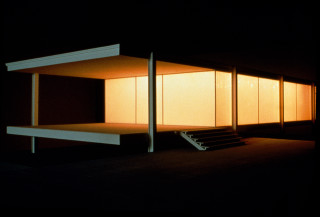 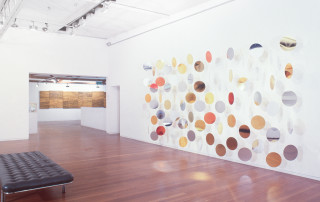