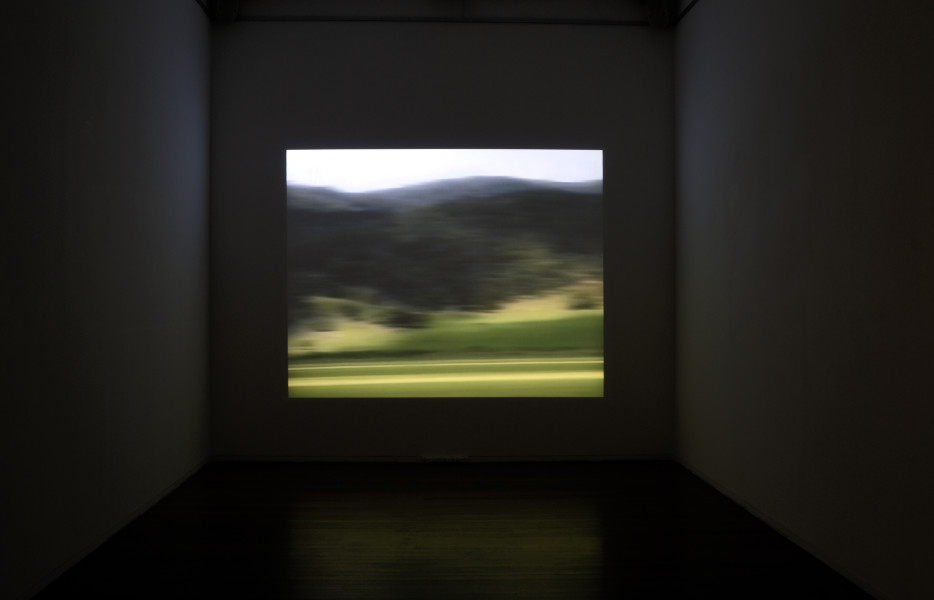 As the video unfolds in its long-take camera style, we are drifting in the landscape and it is, as Leo Charney has eloquently reminded us, the experience of being unable to locate a stable sense of everyday life. In other words, to drift means to experience ‘the empty moment’ of modernity, to sense the inevitability of death.

“There are no rules in painting.”

“What speaks to us in a landscape?“

“If you follow a road, be careful; you’ll have trouble coming back to wide openness.”

“The beautiful is the promise of happiness.”

As a child during the fifties I would visit my mother’s cousins at Goulburn and Canberra by car. Between these two locations I became aware through my parents and relatives talking about this mysterious lake that would ever so often disappear. How is this possible? A lake that would vanish from the face of the earth. Consequently, Lake George has always had a talismanic value for me as a metaphor for creativity.

Landscape as something that emerges from the invisible to the visible. The artist as someone who voyages—irrespective of their art form—between these two essential realms of life and light/vision.

Don’t ask me what is creativity? The artist is in the ‘dark’ as the next person. As D.H.Lawrence once wisely stated ‘Don’t trust the artist, trust the tale.”  Or, in another context, as Jean-Luc Godard once famously said to the late film critic Pauline Kael , “Let us see. Bring in the evidence.”

I have always been attracted to a sense of place. Landscape as lifescape, soundscape, tastescape, and memoryscape. As a genre of art, despite certain current views, that it is a traditionally conservative genre, it need not be. Far from it. For me landscape as always been critical to my biography, culture and thought. Landscape is, as I see and hear it, something that lies, to evoke Jean-Francois Lyotard, ‘beyond the cultivated zone.’ Beyond the law of genre.

As an artist and a writer that is something that has always beckon me to create. The challenge to treat landscape as a ‘siren-call’ to see and hear whatever we may intuit that may lie beyond the horizon of a given place, a genre, and one’s life.

Art and writing , as Margeurite Duras once put it, as being mesmerised by ‘something wild’ that lies beyond the givens of official culture and its doxas. Creating as if in a trance (Stan Brakhage/Robert Desnos). But creating in the belief that one is oblige to treat the past, the present and the future as one continuing dialogue of possibilities. Being alive to our one shared world. Treating the past as part of the present.

The disconnection between image and sound in Lake George (After Mark Rothko) is an echo of a well - known modernist cinematographic idea  made famous in the films of Syberberg, Margeurite Duras, Jean-Luc Godard and Hulliet/Straub, etc.  In fact, the twenty three minute long take of this video work is a direct homage to Hulliet/Straub’s mesmerising ‘landscape” film “Too Early, Too Late” (1982). It is a film that has haunted me for years. The extraordinary poetic long take of Egyptian landscape : a subtle and multifaceted nod to Cezanne’s art.

Think of Cezanne and video and we think of Robert Cahen’s dazzling oeuvre. Landscape beckoning you to break the rules of one’s art form, but paradoxically as that late neo-Dadaist iconoclast Nam June Paik, once quipped to Jean-Paul Fargier , “ in order to break the rules, you must know the rules.”

Once upon a time, to create video meant, to a certain degree, to “transgress” as an artist. Art as act of resistance, art as the only thing that, as Andre Malraux once stated, resists death. That is our cherished illusion : art will save us from the abyss of modernity.  But does it ? ( “Life doesn’t last, art doesn’t last,” Eva Hesse .)

Why art? Why landscape? Why video? And why Mark Rothko? All I know that if I don’t write and make images my life would make less ‘sense’ then it does when I do.

Lake George has always had a magnetic attraction for artists and writers. One could curate a whole show around the lake and its aesthetic, cultural and historical connotations.

Today artists use video as common as a pencil – hence John Baldessari’s prediction in the early 1970s was prescient to say the least. And yet, how many of us, who use the medium are ignorant of its rich complex histories, genres and contexts ?  There is a prevailing sense of de ja vu with the younger artists using the medium today.  To a considerable extent, many of  us who use video in their artworks are cultural amnesiacs. But it is , regrettably, not only with video but with many other art forms.

Recently, in New York, in a well-known Jewish deli our young Afro-American waiter did only not know who was Hebbie Hancock ?  —who won the Grammy award for best album of this year- but he also never heard of Miles Davis or John Coltrane !! In our contemporary art world this is a common problem. Welcome to the “United States of Amnesia” (Philip Rahv)…. Welcome to our global planet. And welcome to the academy.

(Where nearly everyone speaks of ‘creative industries’ and seldom have they met – in a score of years - an artist or visited an art gallery or a museum. Tell me this is not true.)

I don’t wish to end on a negative note…. but sometimes you wonder why we go on creating? Is because that is the only way we can relate to the world?

In some circles it is fashionable to believe that ‘time-based’ art forms are passé. That digital creativity is the only valid form of creativity that there is. I happen to disagree with this view. For me, both analog and digital media are the one continuous ribbon of art-making.

Lake George (After Mark Rothko) is my acknowledgement that to make a ‘landscape’ video work is to create in the belief that one is obliged to look yonder beyond the boundaries of one’s art form to other art forms. To be a ‘go-between’ (passeur) as the late French film critic Serge Daney once put it. To believe in “an antiquity without dates” (Octavio Paz).  To put Cezanne next to Bill Viola, Agnes Martin next to Jean-Marie Straub and Danielle Huillet and see what happens.

As the video unfolds in its long-take camera style, we are drifting in the landscape and it is, as Leo Charney has eloquently reminded us, the experience of being unable to locate a stable sense of everyday life. In other words, to drift means to experience ‘the empty moment’ of modernity, to sense the inevitability of death.

I sincerely believe that in art as in life chance play a big role in our lives : why did Paul Auster, when he was a young struggling writer, ended up in renting out a studio that belong to Rothko before he suicided?

Why did I drifted towards video in the 1970s when it meant to lose some of my cinephilic friends , to cross the proverbial “Rubicon River"?   But let us be clear about this : video is only one art form that I use to create when I feel compel to do so.

As a child I would travel to Tamworth either by car, plane or train.  Landscape was always a part of my childhood ; it is, arguably, one of the essential features of the Greek-Australian diaspora before and after the Second World War. Greeks came to this country and made their living as country café owners and often they would travel by car between these country towns in order to connect to each other.

Dialogics, exile, landscape, memory, time and space : these are some of the critical compass points of the pre-war Greek settler’s life in this country.

I guess, when it is said and done, I am one of those smucks that believes in the beauty of the world and the fragility of life.  I believe that it is okay –contra the political correct rhetoric of the last thirty years - to speak of beauty in art, literature ,and the cinema , as Elaine Scarry persuasively argued in her fine 1999 polemic “On Beauty and the Being Just”, that beauty (after Homer, Plato, Dante, and Proust) animates life, makes it more vivid, and worth living.

Finally, Lake George (After Mark Rothko) is one more instance in my oeuvre to dwell upon , in W.G.Sebald’s fitting expression, “the study of time past and passing.” 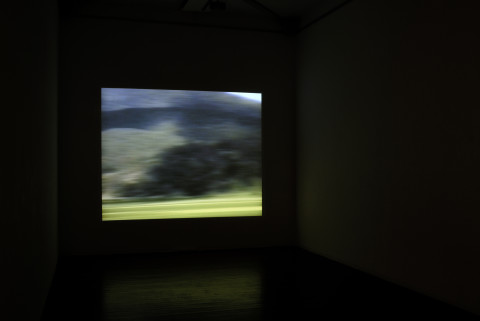 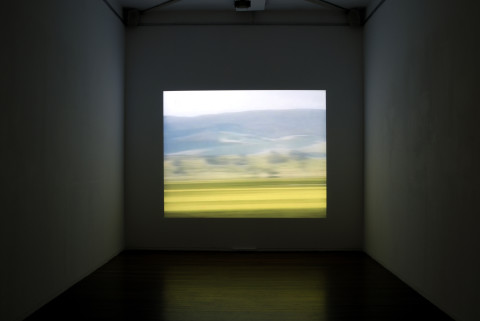 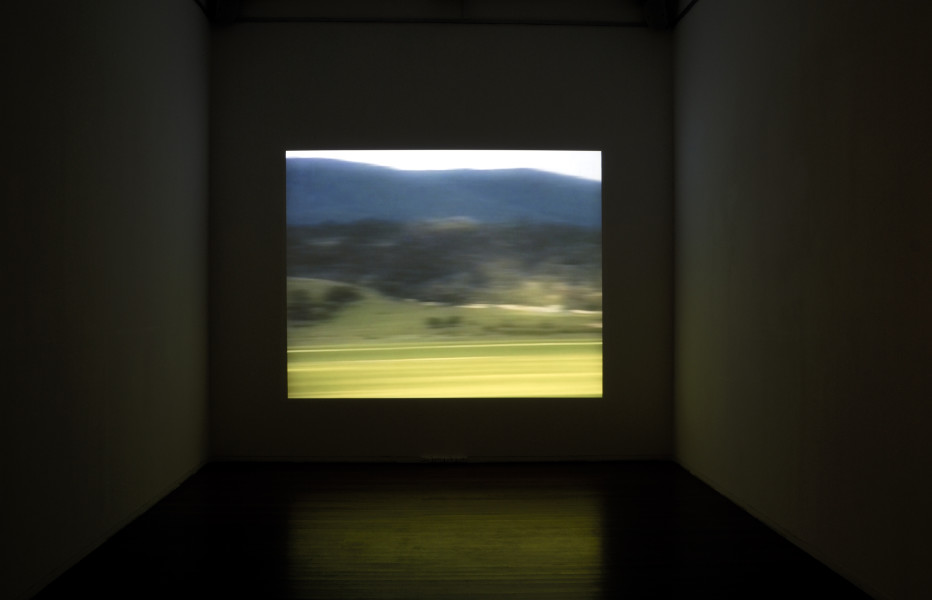 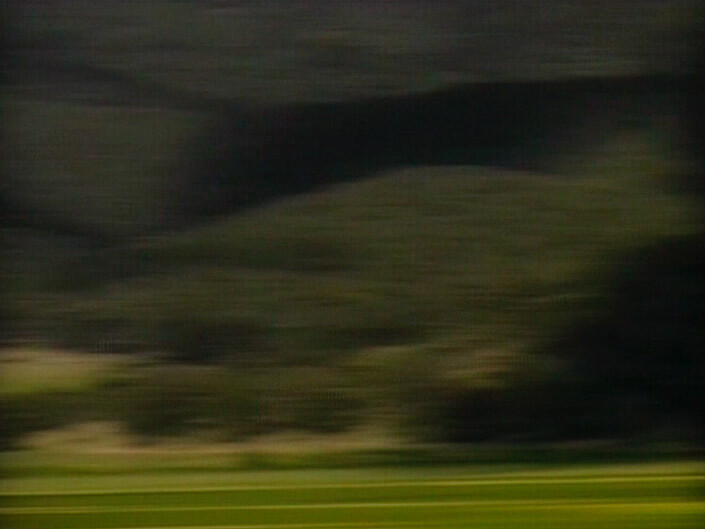 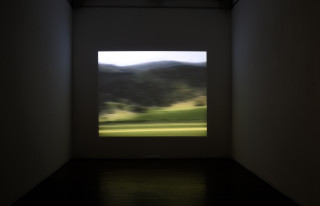