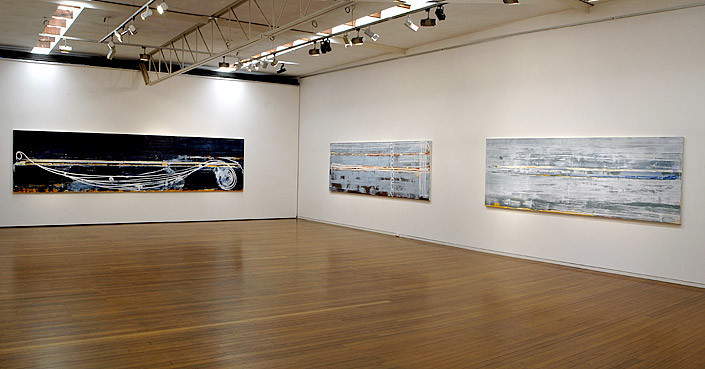 Some of Firth-Smith’s works are like navigation charts, some suggest the figures made from drawing lines between stars in the constellations. At times we seem to be gazing into the heavens, at others we are peering into the depths of the ocean.

Painting today is such a confused and messy business in every part of the world that it is easy to forget how doctrinaire artists were in the early 1970s. Clement Greenberg’s gospel of ever-greater flatness and the rejection of theatricality, continued to exert a powerful influence on those painters who aspired to the condition we now call ‘cutting-edge’.

The young John Firth-Smith was not included in The Field. In Sydney during that era, Firth-Smith didn’t quite fit the stereotype as a painter of Colourfield pictures, Hard-edged or Minimalist abstractions. He wasn’t opposed to these tendencies, indeed, his works showed many stylistic affinities with the prevailing trends. […] Firth-Smith was as obsessed with edges as any aspiring painter in those days, yet he was set apart by a constant concern with the natural world. He wore his influences on his sleeve, occasionally slipping in images of boats that underlined his preoccupation with water and waves. He was an abstract painter, but of an utterly impure kind.

Firth-Smith is comfortable with such metaphors, and could add many others to the list of associations that his work generates. Water is always his base element. He is a yachtsman on weekends, and has nurtured a life-long passion for boats. The impressions he gleans from his excursions on Sydney Harbour and into the Pacific Ocean have filtered back into his paintings for the past three decades. One can hardly ignore the horizon line in his work, an image of the flat, endless vista that confronts the mariner gazing out to sea. Then, there are evocations of moonlight reflected on the waters, or the froth and spume thrown up by a fast-moving boat.

Some of Firth-Smith’s works are like navigation charts, some suggest the figures made from drawing lines between stars in the constellations. At times we seem to be gazing into the heavens, at others we are peering into the depths of the ocean. One cannot be certain whether the rectangular shapes in paintings […], are to be read as solid columns, shimmering beams of light, or slots carved in space. In many pictures there is an alternation between microcosm and macrocosm: we could be looking at the stars, or into a small crystal. A spiral form may be inspired by a photograph of spiral nebulae, but Firth-Smith will also refer to the spirals in shells, the annular rings in a log, or the grain in a swan-off tusk.

“Standing in a boat at night,” he says, “you look down, it’s pitch black, in the depths you see things that look like a comet. This phosphorescence, things moving, it’s a constellation under the ocean, a milky way, a huge trail of diamonds.”[1] The same might be said about one of firth-Smith’s paintings, with the result that one begins to perceive such a bewildering multiplication of references that it makes his work seem more rather than less abstract. Such a thought is perfectly consistent with the artist’s own view that painting is essentially to do with transformation or metamorphosis.

Yet such things are merely the catalysts for Firth-Smith’s creative processes. When he says “I want painting to get beyond the look of things,”[2] he is expressing the fundamental ambition of every abstract artist—to break way from the tyranny of appearances and create an image or an object that has its own indomitable presence. When he says: “It isn’t really the harbour that interests me, it’s the properties of the water itself”[3], he is admitting that visual stimuli almost always have some source in the physical world. In detaching such properties from their origins, the artist opens the door to numerous associations, with the only limit being the capacity of the viewer’s imagination.

Firth-Smith once told an interviewer: “What I’m trying to do is think of some bigger thing, which is that here we all are on a planet which goes round the sun and we’re not here very long.”[4] This ‘bigger thing’ is the same thought that niggles away at every dedicated artist as they ply their trade in the solitude of the studio. Paintings are driven by intimations of morality, constructed from the flotsam and jetsam of experience. The feeling is the same whether it arises on a sunny day in Sydney, or in the Arctic gloom of , the home of Firth-Smith’s ancestors. Most important is the act of construction: the way that the artist shapes his raw materials into something as solid as a wall, but as suggestive as a telescope turned on the night sky. So while Firth-Smith draws inspiration from the things that are close to home, his paintings aim to be both timeless and universal. He is a craftsman, but also a dreamer; a builder who sees each painting as a vessel in which we might sail to the stars. 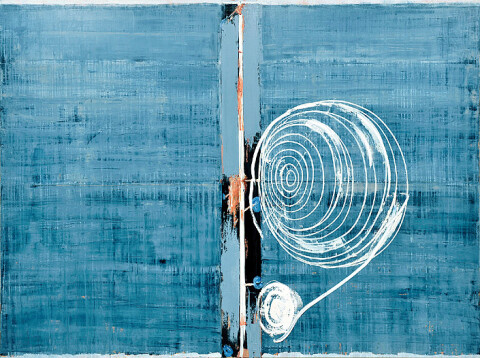 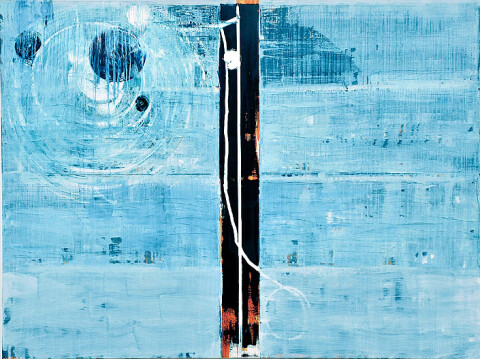 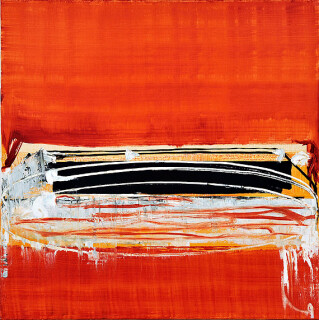 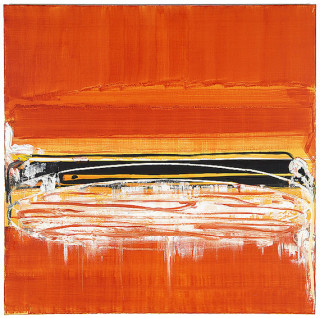 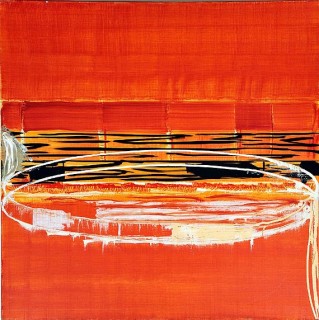 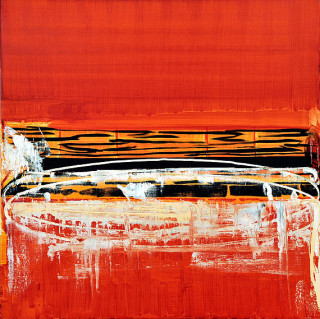 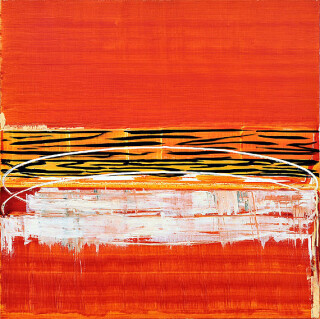 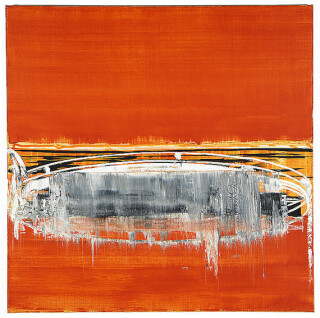 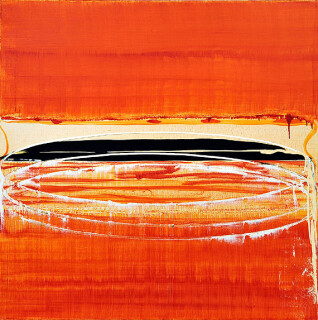 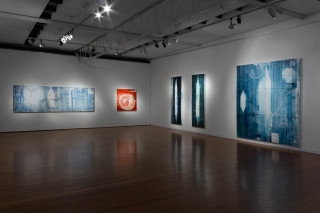 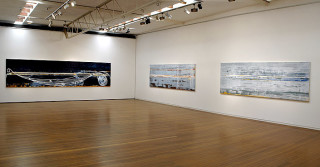 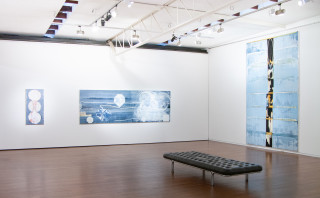 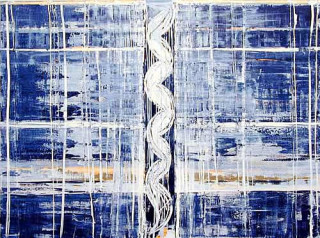