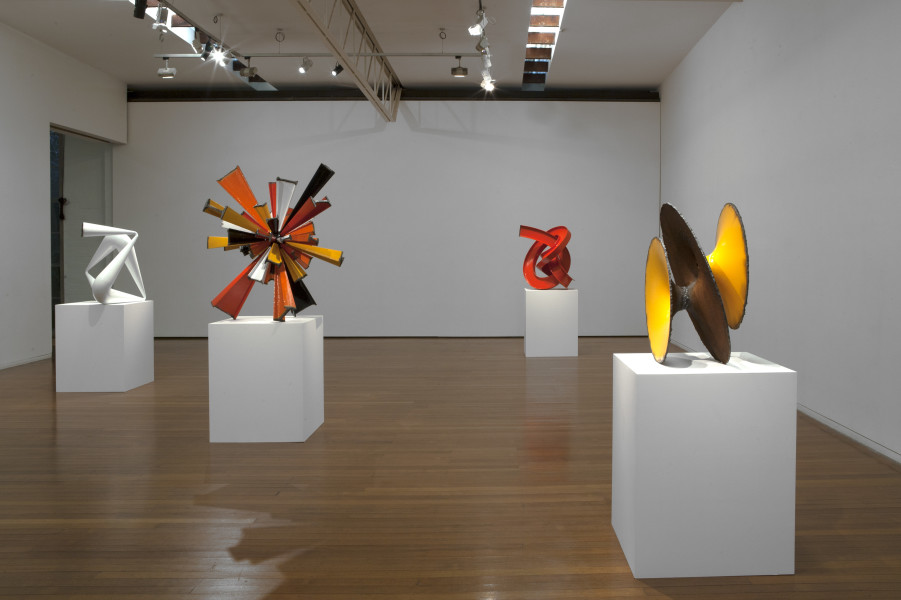 Some of the sculptures take the shape of a lariat knot, or a lasso, pulled tight. They are a visual trap and an insult to orthagonality, mocking everything that an engineer always wishes an I-beam to do. It’s an invented structural failure, disguised as formalism.

Rendered in exaggerated perspective, a foreshortened steel I-beam is a familiar fiction. It is a simple drafting trick made to signify productivity and speed and all the optimism of the early machine age. However all bubbles inevitably burst. If the process of steel production starts at a foundry or a mill, it sometimes ends with an oxy-acetylene torch. This is the cutting tool that causes sparks to fly when buildings are demolished and beams are hacked apart. Showing the same scars, all of these sculptures might once have belonged to a larger, failed structure. They should be seen as extractions.

Some of the sculptures take the shape of a lariat knot, or a lasso, pulled tight. They are a visual trap and an insult to orthagonality, mocking everything that an engineer always wishes an I-beam to do. It’s an invented structural failure, disguised as formalism. People learn to see John Chamberlain’s work as abstract sculptures rather than wrecked cars. Here the opposite is true. This is a sculpture of an I-beam.

Several sculptures began by using steel tubing to put the conventions of two-point perspective into contest with fluid dynamics. They are objects that draw from the logic of visualisation to compress a component of structural and mechanical engineering, at the expense of all practical function. I wanted to make a very material example of the confusion between what something is and how it appears; as people are compelled to spend more and more time inhabiting the internet, the properties of matter seem to be slowly receding into the distance.

Looking for other templates, I visited mathematics to borrow a three-dimensional model of differential geometry that I will probably never understand. With new purpose, I took it to describe a cast iron surface that twists itself into rust and back again. It’s a crude binary model of urban renewal, threaded with wormholes. Steel and iron, painted, corroded, repainted. I always marvel at the columns in the New York City subway, given their first coat of paint a century ago. And then I look at the layer upon layer of protective paint on those columns, like a palimpsest, and I think of the painting of modern life.

I only recently learned that Louis Sullivan authored the phrase ‘form ... follows function’ not long before those same columns were being cast. Sullivan earned a place in the canon of modern architecture by integrating newly efficient steel production into high-rise office building design. The development of a longstanding signifier of twentieth-century corporate magnificence starts here. In the new century, I suspect the true seat of power has moved to technology parks in Mountain View and hedge funds in Greenwich, but the giant descendents of Louis Sullivan and his engineers’ inventions endure.

A few years ago, during the anti-capitalist protests in the canyons of lower Manhattan, I became fascinated by a large steel sculpture by Mark Di Suvero nearby. It seemed like an over-size asterisk for those who occupied the park in which it stands, and I wonder whether such an object might be retooled to mock the office towers that surround it. Titled Joi de Vivre, I can only speculate what the artist originally wanted this figural bundle of painted red I-beams to do, but who should care what an artist thinks anyway? The protests have long been forced to mobilize, the steel remains, and I’m reminded that rust never sleeps.

James Angus has been exhibiting with Roslyn Oxley9 Gallery since 1993. His work is held in major public and private collections in Australia and overseas, including the National Gallery of Australia, the National Portrait Gallery, Canberra and the Museum of Contemporary Art, Chicago. In 2011, Angus completed two major public commissions: ‘Day In Day Out’ at 1 Bligh Street, Sydney and ‘Grow Your Own’ at Forrest Place, Perth. Other major public commissions include ‘Geo Face Distributor’ at the National Portrait Gallery, Canberra (2009) and ‘Ellipsoidal Freeway Sculpture’, on the Connecteast freeway in Victoria (2008).  In 2008 Angus was selected for the 16th Biennale of Sydney, ‘Revolutions: Forms that Turn’, curated by Carolyn Christov-Bakargiev. In 2006 he had a solo exhibition at the Museum of Contemporary Art in Sydney curated by Rachel Kent which toured in 2007 to the Institute of Modern Art in Brisbane, Bendigo Art Gallery in Victoria and the Art Gallery of Western Australia in Perth. The 13th Biennale of Sydney (2002) featured his monumental work ‘Shangri-La’, a full-sized hot-air balloon suspended upside down inside the Sydney Opera House. The works of Angus were also included in ‘The Age of Influence’ at the Museum of Contemporary Art, Chicago (2000) and ‘Unfinished History’ at the Walker Art Center, Minneapolis (1998). In 1998 Angus completed a Masters of Fine Art at Yale University as part of a Fulbright Postgraduate Award. This will be Angus’s sixth solo exhibition at Roslyn Oxley9 Gallery. 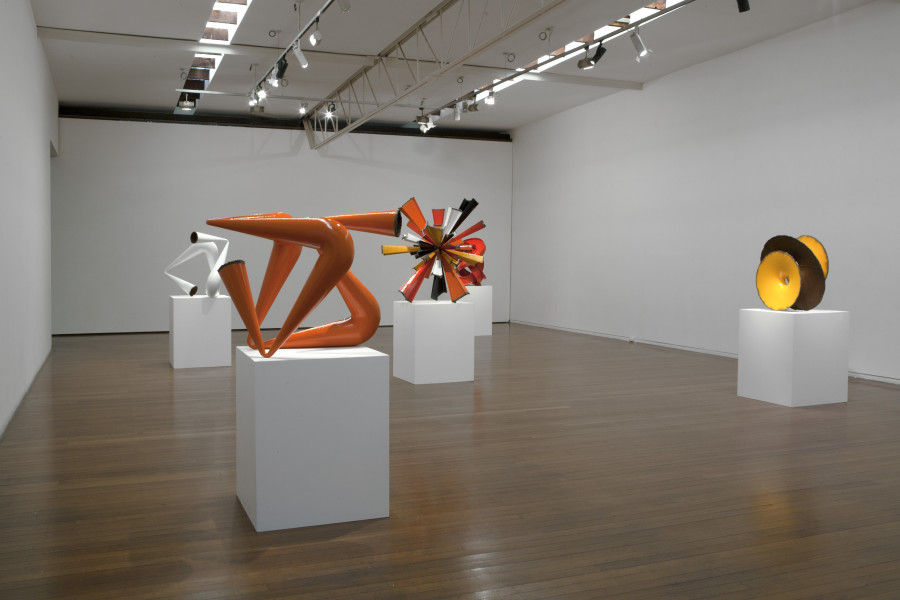 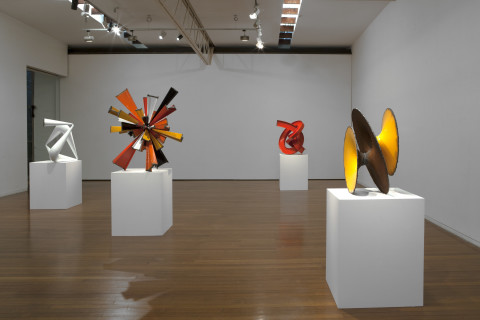 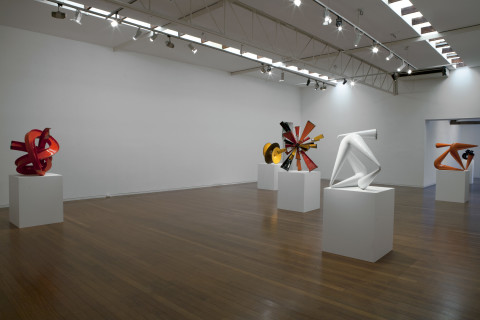 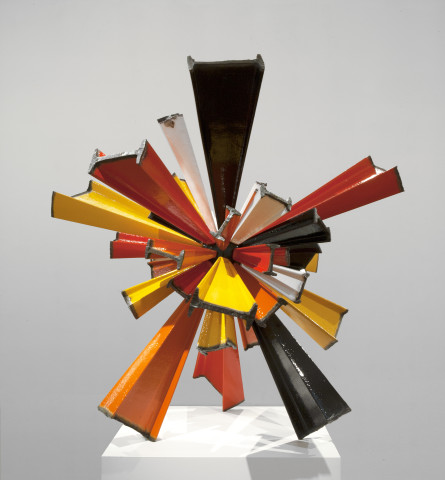 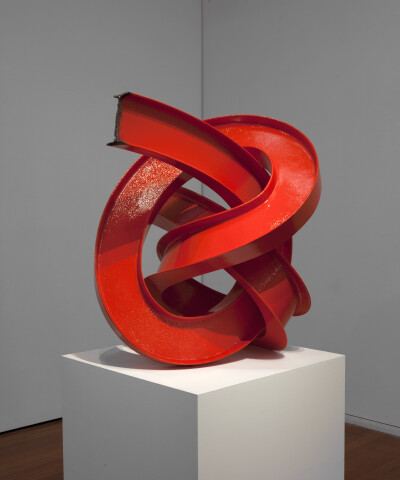 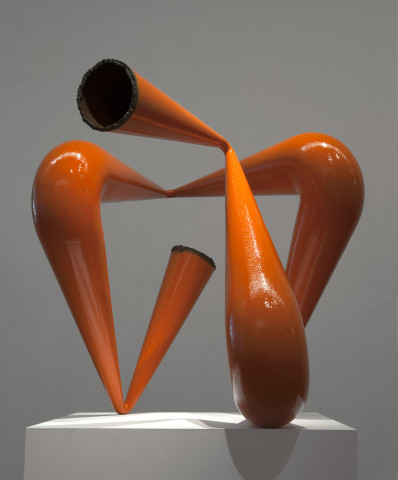 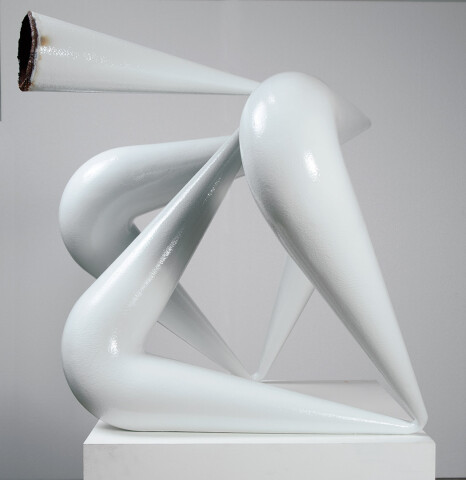 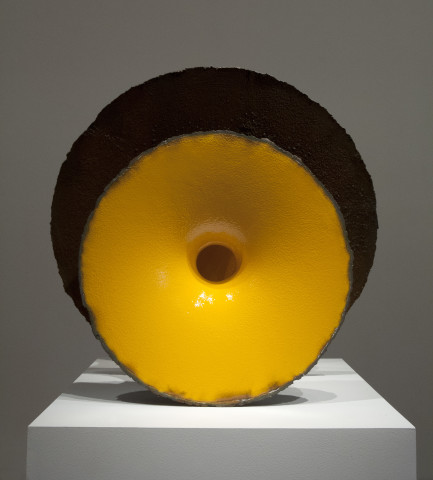 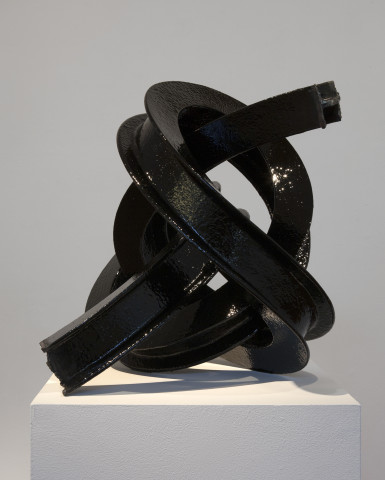 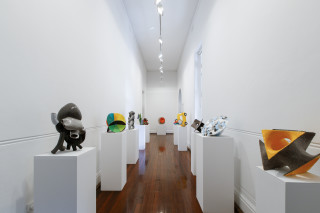 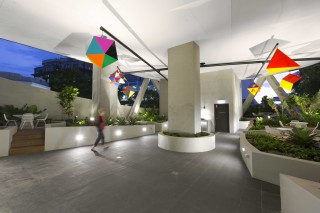 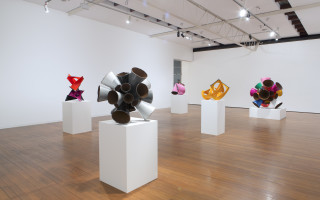 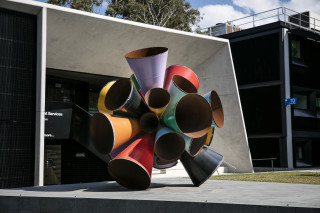 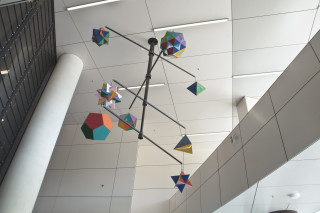 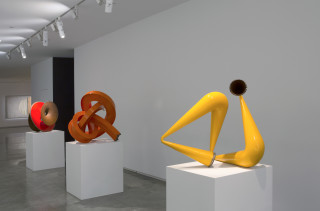 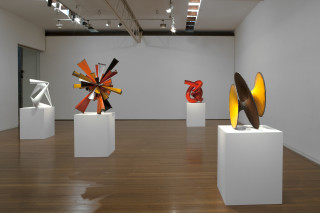 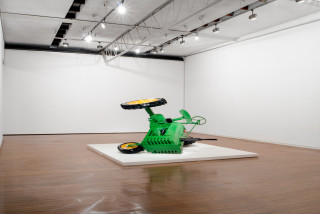 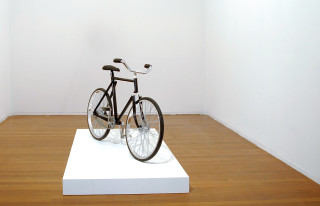 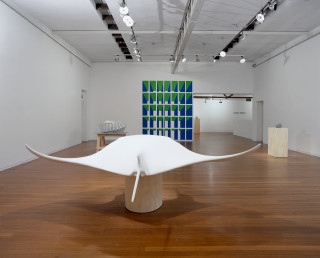 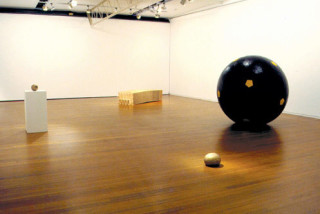