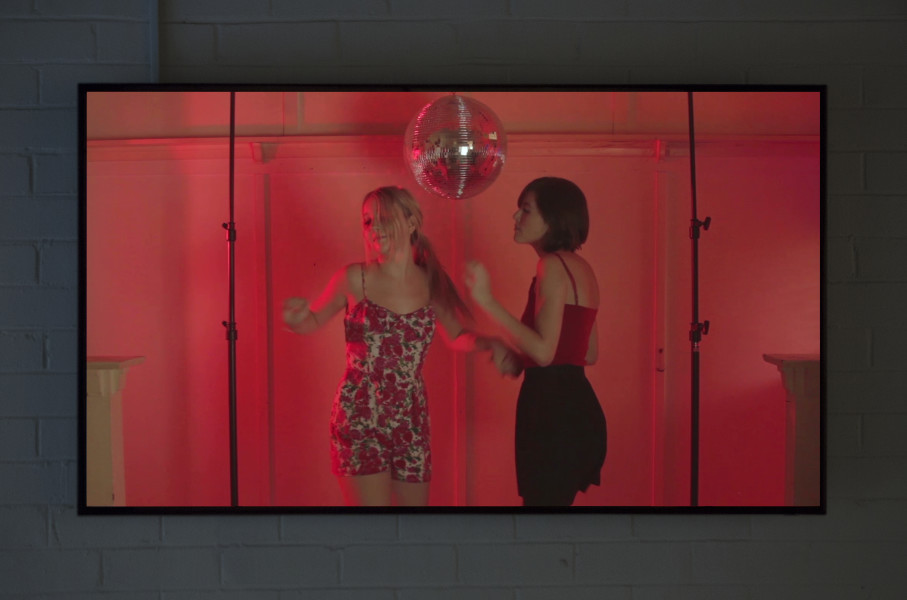 Roslyn Oxley9 Gallery is delighted to present its first solo exhibition of Australian artistic collaboration Clark Beaumont. Following their international coop last year as the thirteenth artist in Kaldor Public Art Projects' groundbreaking performance exhibition 13 Rooms, Clark Beaumont present new works in video, photography, and live performance for their exhibition Heart to Heart. The exhibition features the artists as the subjects of their work, investigating the duo’s individual and intersubjective experiences as they circle questions of intimacy, interpersonal relationships, identity, and female subjectivity.

Love I and II (2014) presents an unorthodox love story. The photographic diptych shows the artists in an emotive embrace whilst subtly gazing into palm-held mirrors at themselves. As the artists both use the other as a physical stand-in for themselves, the work explores the notion that love is, even in its purest form, a predominantly selfish act. Clark Beaumont often use their collaboration as a proxy for relationships in general, and in Love I and II the artists contemplate this more cynical, yet potentially more honest, perspective as an enlightened alternative to the romanticised expectations of ‘true’ love.

Similarly themed, in the video work You and/or Me, the artists dance together whilst holding hands to Whitney Houston's song 'I Want to Dance with Somebody' as their voices chant 'you' and 'me' each time they either look at one another or disengage and dance by themselves.

Surrendering to fate and destiny, the artists will enter the unknowable darkness of how things connect and where the future leads for their live performance work In the Dark (2014). After being separated, blindfolded, and ear plugged, Clark Beaumont will attempt to find one another in the gallery space. Whilst two people finding one another might be the ultimate romantic cliché, the artists’ individual journeys during the performance ultimately speak of self-discovery. By disabling their senses and relying only on their individual instincts, the work oscillates amidst the intimacy of opposites: the external and internal, restriction and freedom, being lost and located, out of control and empowered.

The multi-screen video installation, Waiting for Barcelona (2014), sees the artists attempt to simultaneously live out and critique Woody Allen’s feature film Vicky Cristina Barcelona during their own shared holiday in the Spanish city. Relying on hair colour to determine their character, the artists attempt to embody Vicky and Cristina, and set about waiting in a Catalan café for the fictitious protagonist of the movie, Juan Antonio, who never shows up. The video installation acts as a form of complicit critique, with the artists questioning their personal and conditioned consumption of screen-based cultures as achievable realities. Clark Beaumont indulge in Allen’s ‘idealised’ Barcelona, one of adventure and love, but the space proves uncomfortable as the duo must struggle to maintain their two-dimensional personalities while they passively, perpetually wait for a man in order to access the ‘promised’ ideal.

Clark Beaumont is the Brisbane-based collaborative art practice of Nicole Beaumont and Sarah Clark. Through both live and mediated performance works they investigate ideas and constructs surrounding identity, female subjectivity, intimacy and interpersonal relationships. Clark Beaumont formed in 2010 at the Queensland University of Technology, whilst completing their Bachelor Degree in Fine Arts (Visual Art). Since beginning their collaboration, the duo have presented live performances, videos and installations nationally, in both group and solo shows, including at SafARI (2012), Boxcopy (2012), PICA (2013), Bus Projects (2013), Kings (2014), Spiro Grace Art Rooms (2014) and LEVEL (2014), as well as internationally, with their solo exhibition Seen (2013) at Jiwar, Spain. In 2013, Clark Beaumont were also the 13th artist added to the 13 Rooms exhibition, curated by Hans Ulrich Obrist and Klaus Biesenbach. Heart to Heart is Clark Beaumont’s first solo exhibition at Roslyn Oxley9 Gallery. 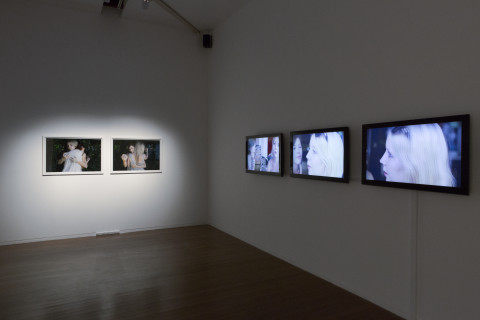 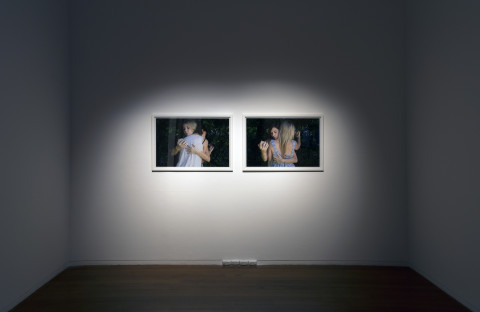 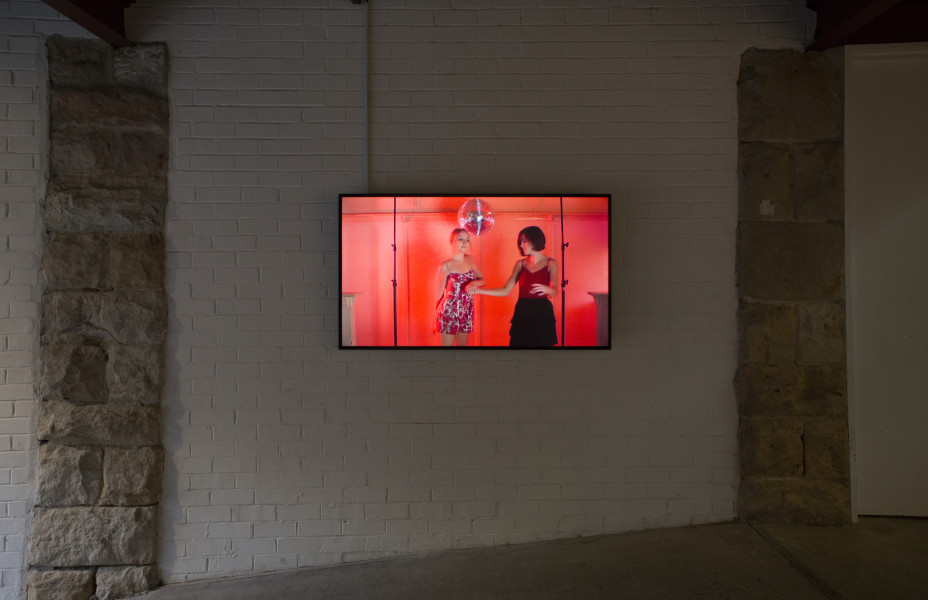 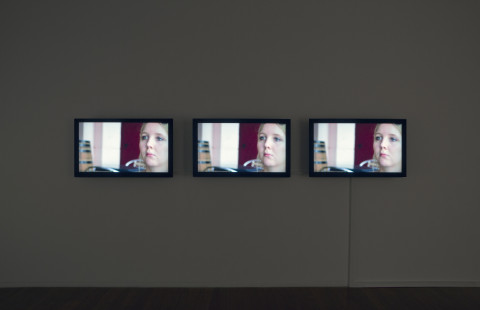 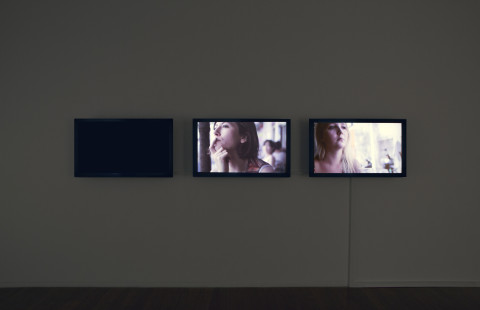 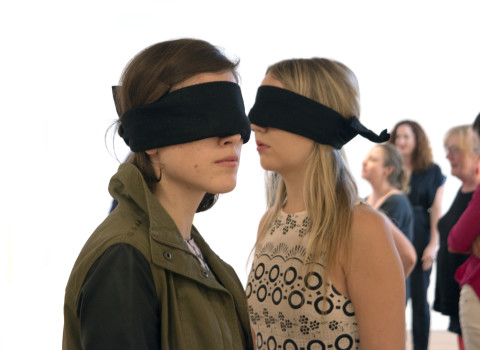 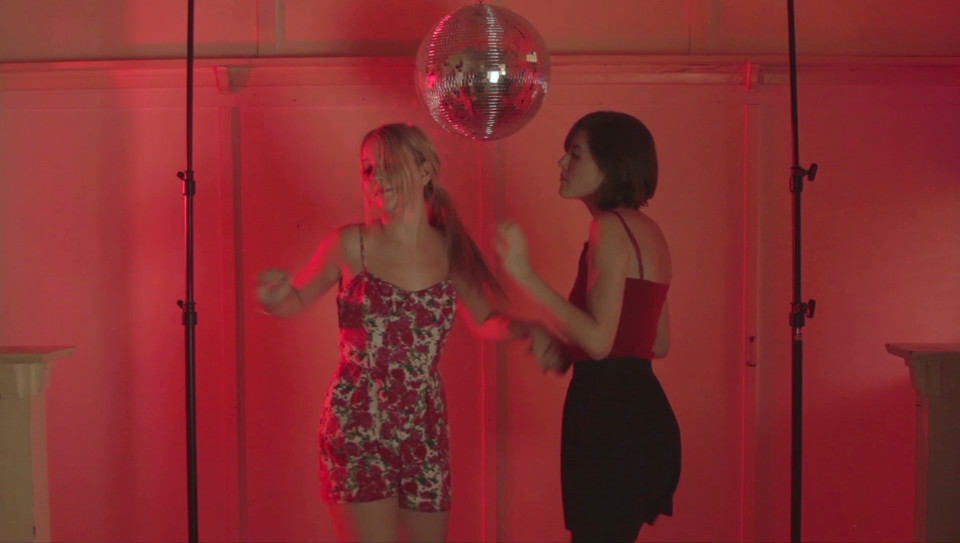 You and/or Me, 2014
Video and sound installation, duration 4:50
enquire 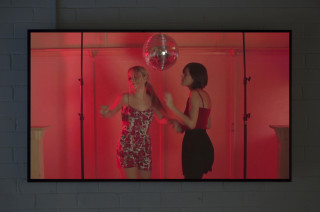