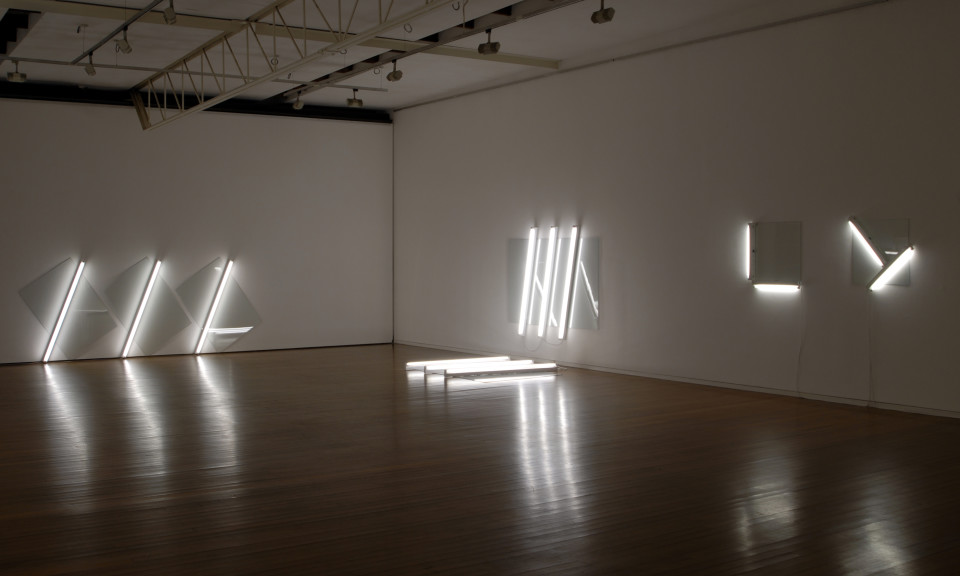 Light, then—framed by windows, deployed through cameras, powered by electricity—is the simplest, most available, most succinct and unsensational saboteur of perspective and of perspective’s commodifications of marvellous encounter, of the ‘good conductor’, innocence; of art as a ‘transfer of energy’; of art as a way of participating in life.’

‘Culbert suggests another answer to the question, ‘How long is a piece of string?’ when he asserts that ‘Light is a reversal of perspective’: shadows projected by light get bigger as they extend into distance. Light, then—framed by windows, deployed through cameras, powered by electricity—is the simplest, most available, most succinct and unsensational saboteur of perspective and of perspective’s commodifications of marvellous encounter, of the ‘good conductor’, innocence; of art as a ‘transfer of energy’; of art as a way of participating in life.’

‘Light became the constant that linked theory, practice and context; conversation, studio and location. The presence and effect of all-season sunlight in and on life at Croagnes [in Provence], and the utility of electric light within urban teaching and studio environments in London and Nottingham during the colder months, were the contextual poles between which Culbert’s focus on light intensified. ... The jaunty play between ‘natural’ and ‘artificial’ light (as between found and made objects) became an increasingly familiar sign of his thinking and imagination. Light itself became both subject and object of art’s analysis. Light is; and it lights. It can be both object and the means by which objects are perceived. It is immaterial, yet capable of constructing three-dimensional space. It can exist at and as a source, and can project, becoming a beam, an impact, a mode of image transmission, a vessel. Its causal effects are, potentially, many: it can cast shadows, pierce opacities, make reflections and refractions. Its agency can make colour appear; it is, inherently, all colours (or none).’

‘Light also sustains large metaphorical and allegorical associations, spilling easily into the language of illumination and transcendence, brilliance and obscurity, dawns that ‘herald’ and sunsets as melancholy prefacers of closure or death. Culbert utterly repudiates this metaphorical seductiveness; his scepticism generates the work’s critical iridescence, the sense that our perception is being watched and measured. For him, light offered a space of intellectual and imaginative play between the ‘natural’ and the ‘artificial’. It operated as a brilliant conductor between life and art. It radically condensed the discussion of surface and colour, redirecting surface outward into projected three-dimensional space. It dematerialised the art object while facilitating a relationship with industrial processes, with a thread of modernist optimism running from Moholy-Nagy. It was inherently anti-perspective (its projections enlarge with distance). Light was self-evidently critical as a contemporary effect.’

‘Crucially, light also allowed Culbert to think about time and therefore about perceptual motion. Working with light and its temporal, switched and phased qualities reintroduced an element of performance and staging — including the temporal stagings involved in diurnal and seasonal rhythms. These time-based elements have been important throughout his life.’

‘The light bulb is exemplary in this respect: at once a fascinating technological idea and invention, a delicious object and a delightful source of light. It has social and environmental effects (for example, the illumination of public space). It requires both will and power to function. In an interview with Yves Abrioux, Culbert asserted that:

The light bulb allowed me to do lots of things. I could put it inside things or bring it out. Light was not used to make it possible to see the sculpture; it was the piece of sculpture, along with the art work. It was by nature environmental. The space that the light bulb was lighting was the space of the work.’

‘The explanations that began at the Serpentine in London in 1984 poured out in great flows, cascades, eddies and tides of light, at once simple and splendid. They were enabled both by congenial cultural economies, especially in France; but also by Culbert’s ability in those circumstances to drive ideas forward. He did this through conceptual acumen and a scrupulous economy of means. His drawings for these themes and variations are exceptionally precise and clear: each one an explanation, each singular explanation an advance on known strategies.’

Bill Culbert was born in Port Chalmers, New Zealand, in 1935 and now lives in London and France. He studied fine art at Canterbury University School of Art (1953–56) and in 1957 he received a scholarship to study at the Royal College of Art in London, gaining a silver medal for painting. Two events have been significant in the development of his practice: his commitment in 1968 to working with light and electricity; and the setting up of a home and studio at Croagnes in Provence in the early 1960s. To high acclaim, Culbert has sustained a busy exhibition schedule throughout his career, with more than 100 solo exhibitions in New Zealand, England, Europe, the USA and Australia since 1960, and many more group exhibitions and public commissions. Culbert has completed numerous major public commissions, recent examples include a large neon work for the PriceWaterhouseCoopers Tower in Auckland, and Skyline for the Millenium Dome in London. Flat Light is the artist’s third solo exhibition at Roslyn Oxley9 Gallery. 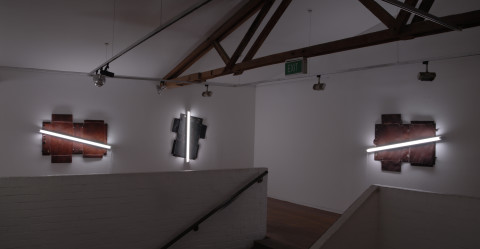 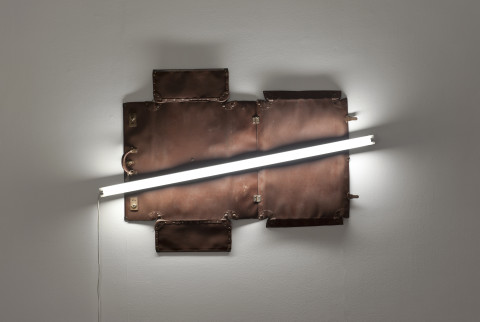 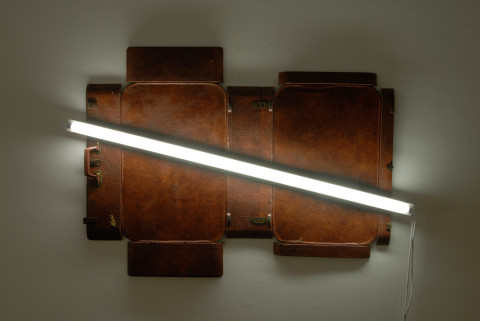 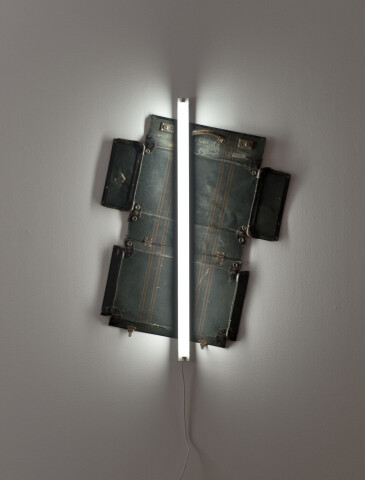 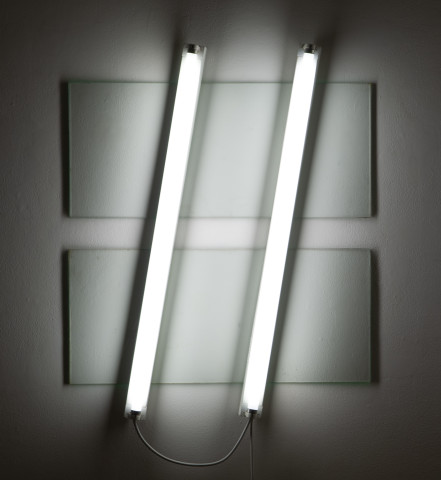 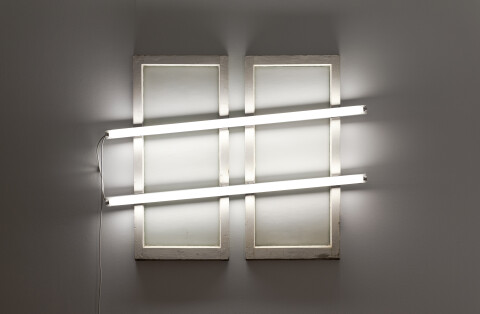 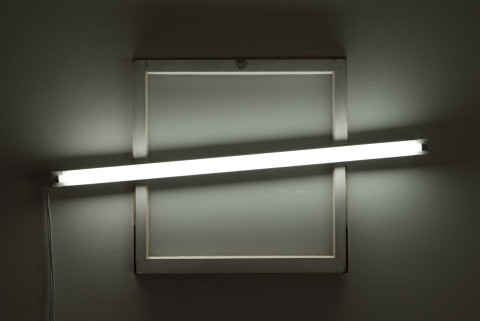 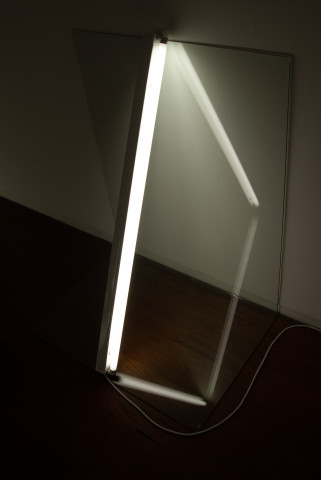 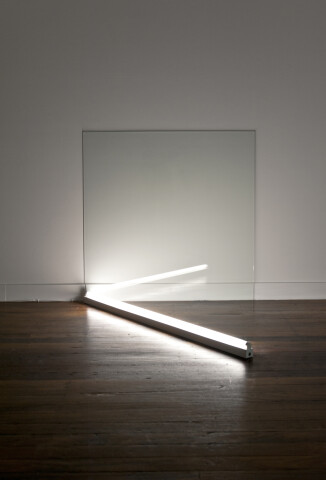 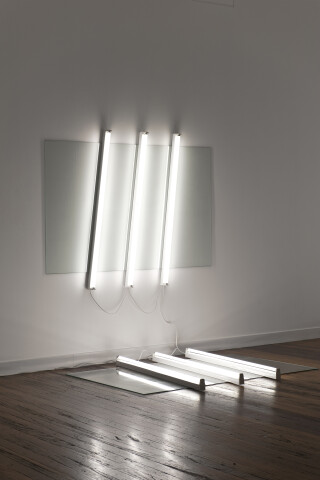 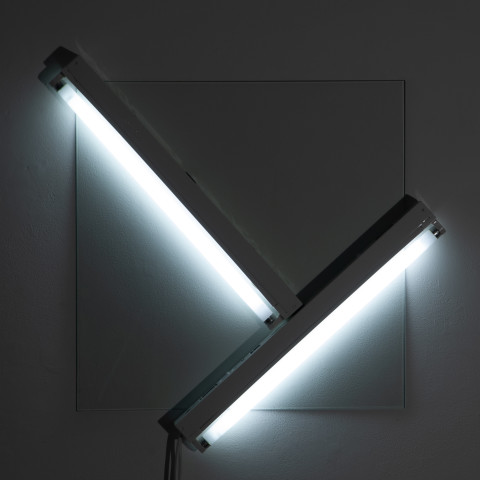 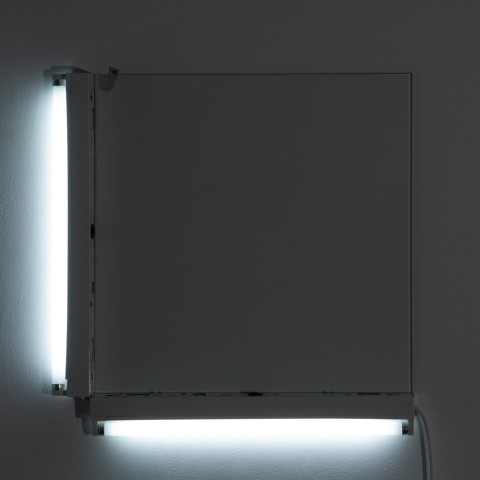 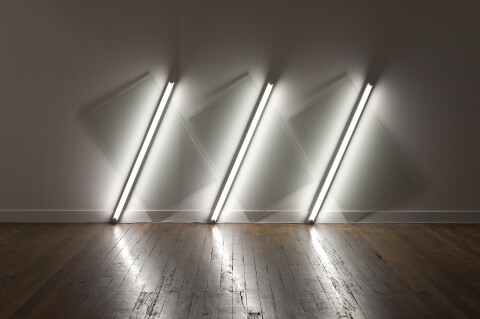 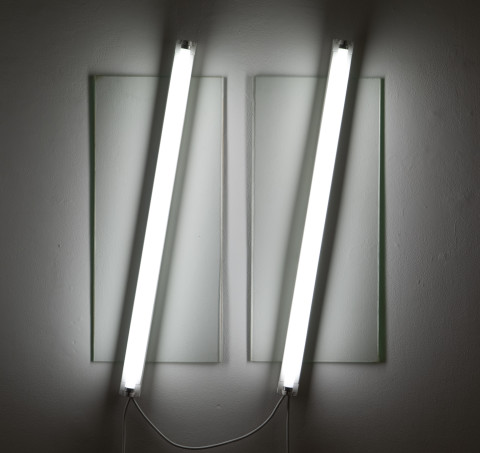 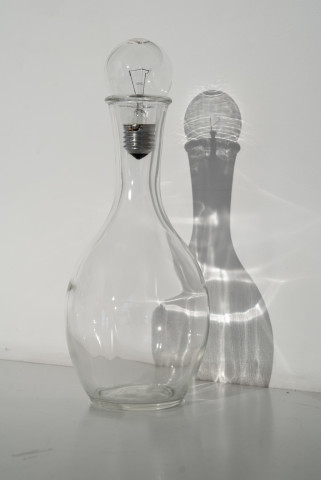 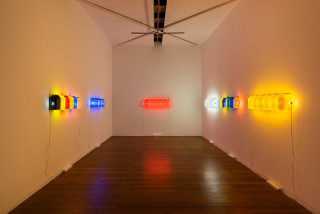 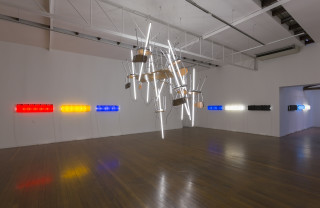 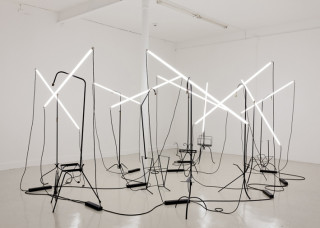 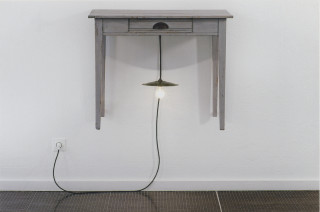 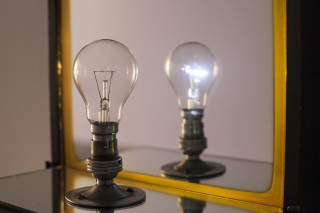 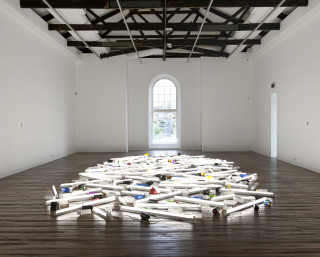 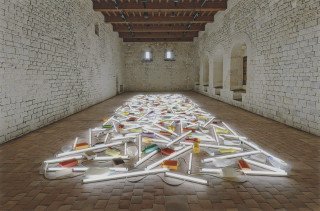 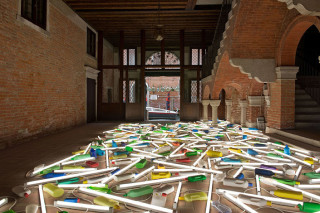 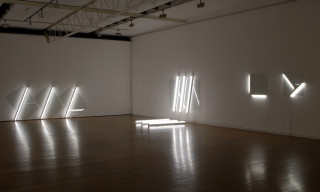 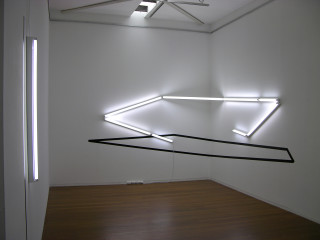 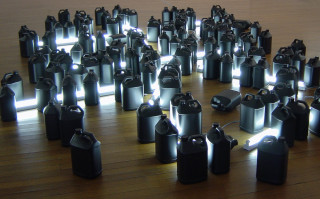