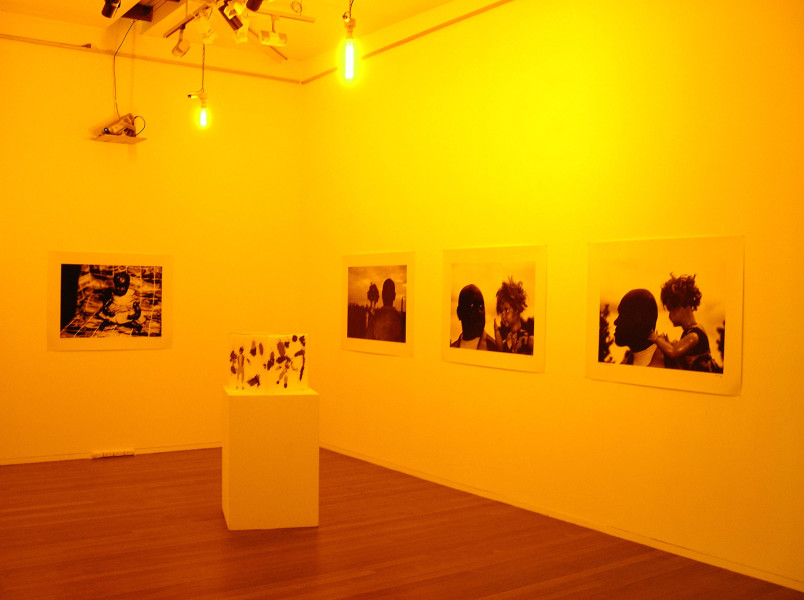 As the audience enter the gallery they take on the cast of this eerie light, so that colours from across the spectrum appear in tones ranging from orange to black—as viewers, we are made colour blind. Employing commercial low pressure sodium lamps, of the kind more commonly used to light roads and freeways, Deacon and Fraser establish a stage of ambivalent brightness, a space which hums with the pulse of multiple transformers illuminating in eerie ever-bright nirvana.

‘What are you looking at?’ Destiny Deacon’s central protagonist asks. It is almost the sole line of dialogue in the film Good golly miss dolly 2005 which is a feature of Deacon’s project, Colour Blinded, made with long-time collaborator Virginia Fraser. A powerful orange luminescence emanates from the gallery in which Colour Blinded is situated. As the audience enter the gallery they take on the cast of this eerie light, so that colours from across the spectrum appear in tones ranging from orange to black—as viewers, we are made colour blind. Employing commercial low pressure sodium lamps, of the kind more commonly used to light roads and freeways, Deacon and Fraser establish a stage of ambivalent brightness, a space which hums with the pulse of multiple transformers illuminating in eerie ever-bright nirvana.

‘What are you looking at?’ Deacon’s brother John Harding asks, as he turns from the whiteboard and his daily business as a playwright—we glimpse the planning of workshops and script development. ‘What are you doing here?’ his daughter Sofii asks, after opening a parcel of golliwogs.

What runs through our heads upon encountering such a challenge? ‘I am here for art’, perhaps … or: ‘I am here to find out’; ‘You tell me’, or, in uncertain retreat: ‘Sorry I’ve come through the wrong door…’, Deacon offers us a window into her world and then challenges us to consider of what we might expect to encounter in her artwork? As a viewer, what is the nature of our gaze, of our participation, and our perspective?

Melbourne-born Deacon is an indigenous Australian artist of the Kuku and Erub/Mer peoples, of far north Queensland and the Torres Strait. If we know this, our encounter with her work is likely to be situated in relation to our awareness of Australia’s political history, our substantial national record of neglect, abuse and contempt for the aboriginal people of this land. In our engagement with contemporary art, we are accustomed to being asked to critically consider the state of the world in which we live, as well as the complexities of those past practices which have contributed to the evolution of our current standing place in time and nation.

The work of contemporary indigenous artists in particular, is asked to bear constant and critical witness to the injustices of politics and history. In Australia, indigenous artists have risen to these demands with sophisticated and complex responses, offering us humour, rage, insight, tenderness, irony and wisdom, Indigenous artists are at the coalface in the much contested national struggle for healing and understanding, as a vanguard they carry the hopes and aspirations of their own people, and the nation as a whole. We look to indigenous artists for national self-knowledge and the opportunity to make amends for past oversights. We also look to indigenous artists to display what it is that makes us uniquely Australian on an international stage. And so, artists such as Destiny Deacon, are asked to respond to a weight of broadly held hopes and considerations.

Deacon challenges our desire for her to act as cultural ambassador by asking ‘What are you looking at?’ In the work Snow dome 2005 we are offered golliwogs pressed up against the cubed Perspex of a museum vitrine—stuffed beyond ‘dollies wax’ with white bean bag balls. Knitted to offer us eyes perpetually wide and agog—these mutely suffocating golliwogs cause us to smile, at the same time as sending out a plea for more space and less display. What pressures are placed upon indigenous artists in performing to the white cube of the gallery or museum?

Deacon offers us carefully framed perspectives, of her life, her family and her treasured collection of dolls. She is a chameleon, playing with the greatest seriousness, as well as approaching the gravest subjects with the lightest touch. As a teacher and political activist she has developed her own vocabulary within which to articulate her concerns, as an artist her work addresses the complexities of human experience on a universal scale.

Deacon’s video works for Colour Blinded reveal her brother and niece occupied by the business of life, they are human, and not purely heroic or emblematic, subjects. When they ask us: ’What are you looking at?’, with the emphasis upon the ‘you’, the focus of the camera is reversed and we are specifically charged with considering our role as a viewer. We much construct our own response, and although we may have arrived in the gallery seeking something beyond us, our encounter with Deacon’s work challenges us to look within.

In Colour Blinded Deacon unsettles with direct questions and harsh orange light, but she also offers us photographs of classical intelligence, irreverently applied. Baby boomer 2005 conjures the phantasmagorical image of a doll’s head hovering atop a boomerang—tilted to a quizzical angle, avoiding our gaze with firmly pursed lips and far-focused eyes. Deacon’s reconstructed cherub soars upon aerodynamically sculpted wood rather adopting feathered wings. What we see is at once familiar and magical, grounded in history and yet possessing the living edge of newly forged meaning.

The velvet rich blackness in which the doll’s head hovers as an apparition is made possible by the use of orthochromatic film, a traditional black and white stock which shifts the way colour is registered. The extreme density of this blackness is further enhanced by the sodium lamps lighting the gallery which intensify the depth of any tones registering close to black. As well as blinding us to colour, Deacon offers us the richest blacks, which is consistent within her practice of representing that which is powerful and wonderful in black, forging creative new possibilities in the evolution of what our indigenous peoples have come to define as ‘Blak’ culture.

In the trio of works Man & doll 2005 we again encounter the artist’s brother—this time, he is not talking back, he has entered the world of his sister’s open-narrative play. They seem curious companions, both ambivalent and tender. In the final work they gaze out across a clouded sky, the profile of the Melbourne skyline in the distance. With their backs to the viewer, and Harding positioned protectively behind the doll, we observe a private moment of reflection. This time, our gaze is unchallenged; together we can contemplate the same horizon.

Destiny Deacon’s series of photographs, Colour Blinded was commissioned by the Australian Centre for Contemporary Art and was first shown there as part of the group survey exhibition new 05. Deacon’s Faces in the Crowd, was recently shown at The Whitechapel Gallery in London and is currently on view at the Castello di Rivoli inTorino, Italy. In 2004, Walk and Don’t Look Blak was exhibited at the MCA in Sydney and is currently touring New Zealand and New Caledonia. In 2002 Deacon was the only Australian artist to be chosen for Documenta, perhaps the most important survey of international contemporary art that is held only once every five years in Kassel, Germany. Deacon has been included in numerous important survey exhibitions including in the Yokohama Triennale in 2001 (curated by Akira Tatehata), the Biennale of Sydney in 2000, the Adelaide Biennial in 2000 and the Australian Perspecta in 1999 and 1993. Her work is held by the Art Gallery of New South Wales, the National Gallery of Victoria, the Queensland Art Gallery and the National Gallery of Australia as well as numerous private and corporate collections in Australia and overseas. 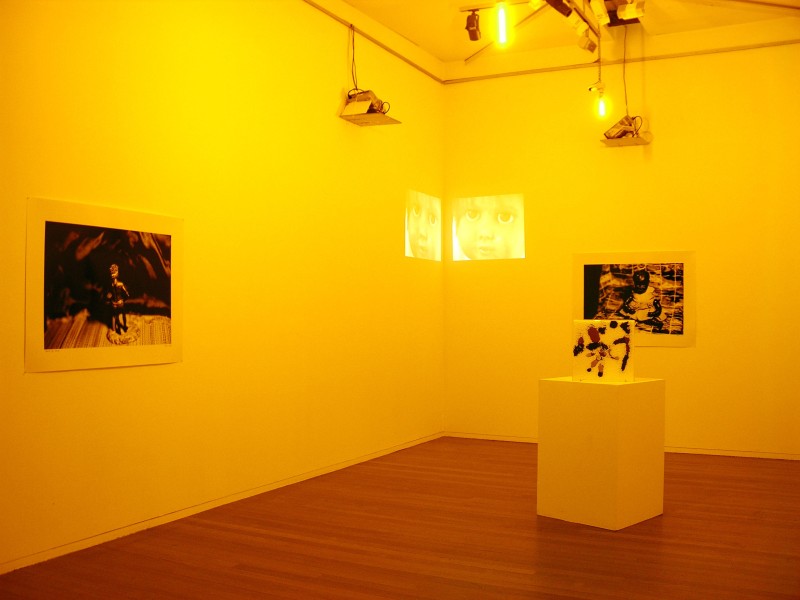 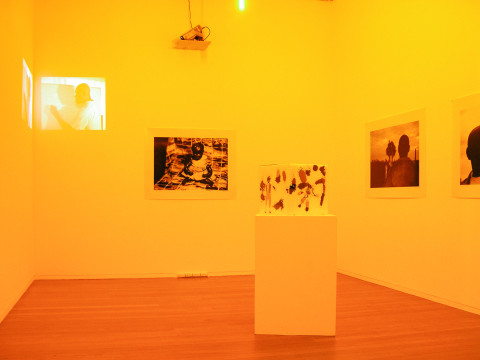 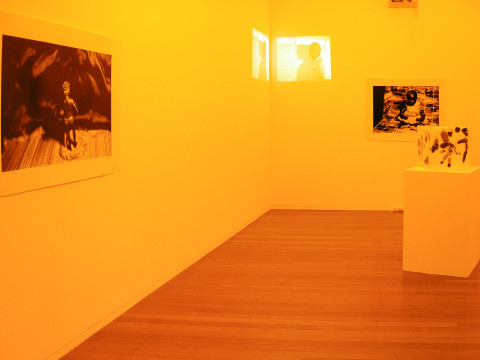 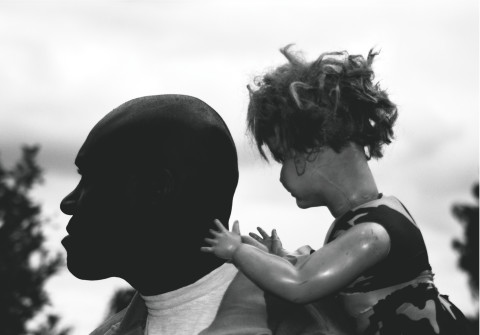 Man & Doll (a), 2005
lightjet print from orthochromatic film negative
81 x 111.2 cm; Commissioned by the Australian Centre for Contemporary Art as part of NEW05
Edition of 15
enquire 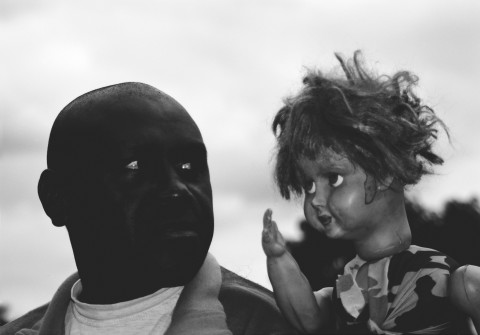 Man & Doll (b), 2005
lightjet print from orthochromatic film negative
81 x 111.2 cm; Commissioned by the Australian Centre for Contemporary Art as part of NEW05
Edition of 15
enquire 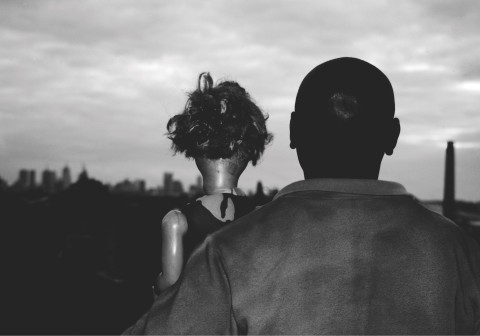 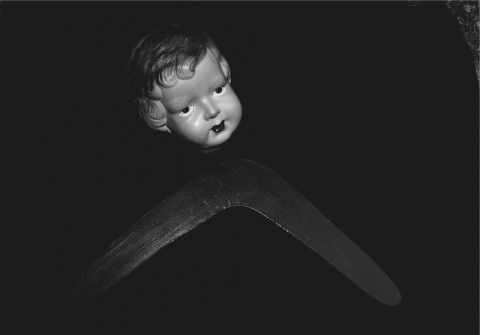 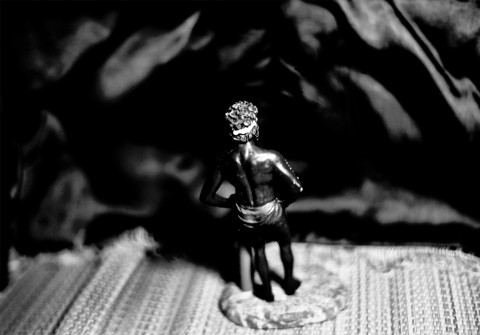 Back Up, 2005
lightjet print from orthochromatic film negative
81 x 111.2 cm; Commissioned by the Australian Centre for Contemporary Art as part of NEW05
Edition of 15
enquire 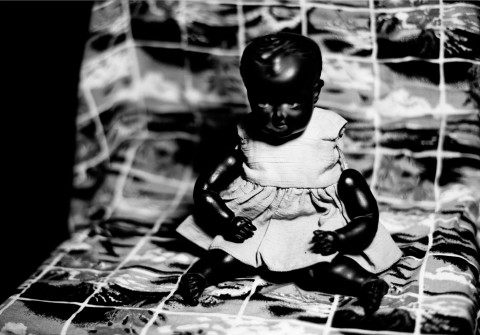 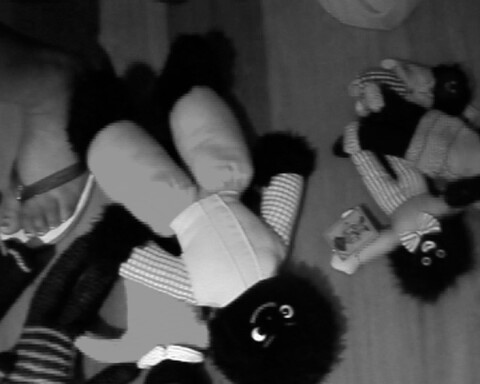 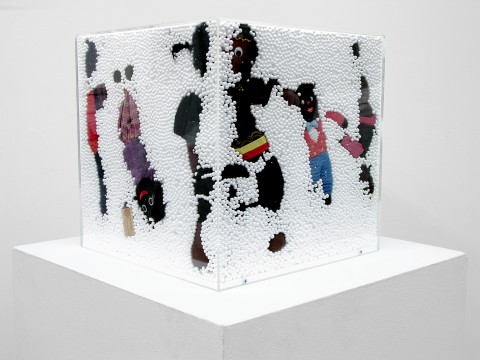 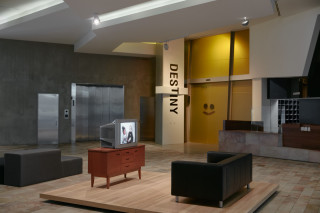 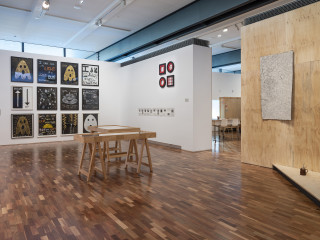 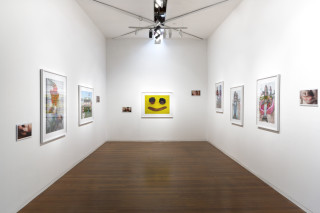 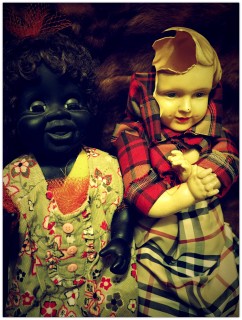 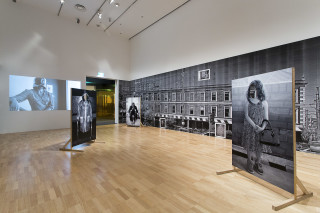 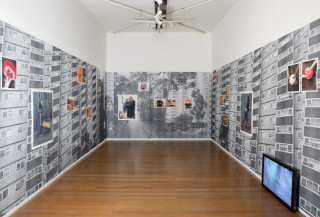 Destiny Deacon Snap out of it
Roslyn Oxley9 Gallery, 2014 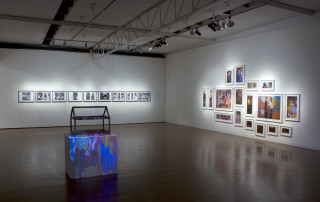 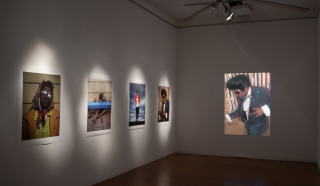 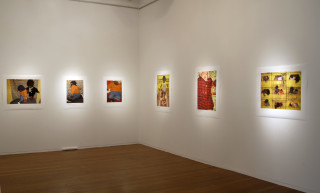 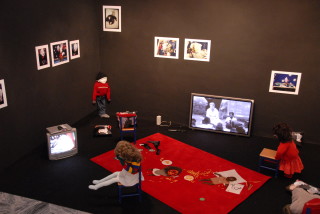 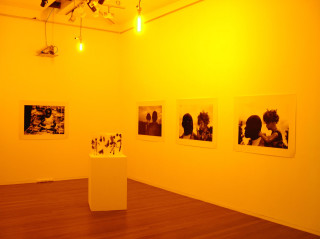 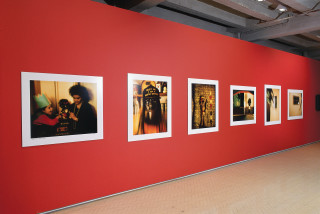 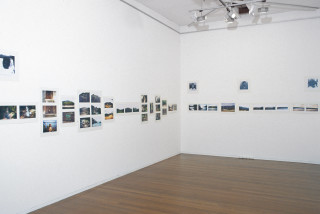 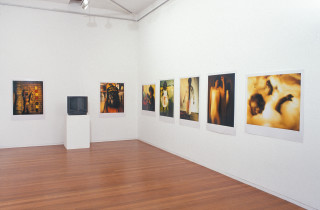