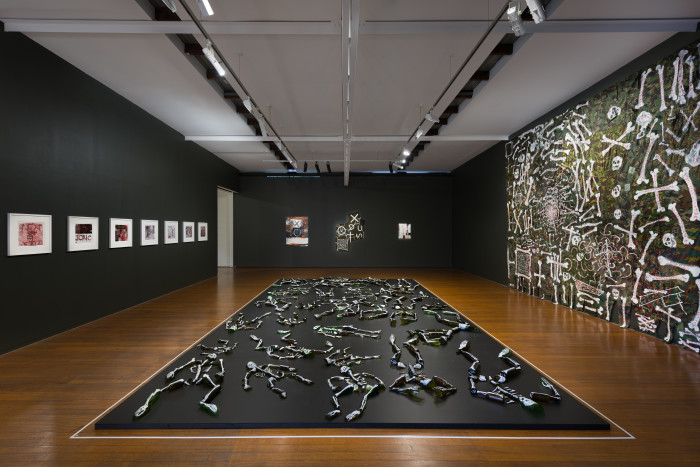 Roslyn Oxley9 Gallery is thrilled to present new works by Fiona Hall in ﻿Afraid Cascade﻿. One of Australia's most prominent artists, Hall is best known for extraordinary works that transform quotidian materials into vital organic forms with both historical and contemporary relevance. Hall works across a broad range of mediums including photography, painting, sculpture, moving image and installation, often employing forms of museological display. Hall’s sculptures are characterised by their intricate construction and thematic resonance with systems of classification, issues of environmentalism and globalisation, war and conflict.

Hall’s work has been collected by all the major Australian state museums. She has also completed a number of important public commissions in Sydney and Canberra in the past two decades. Her recent commissions include All Along the Watch Towers, Centre d'arts et de nature, Chaumont-sur-Loire, France (2018), and The Hall of Service, Anzac Memorial Centenary Project Commission, Anzac Memorial, Hyde Park, Sydney (2019).