Callum Morton
View from a Bridge 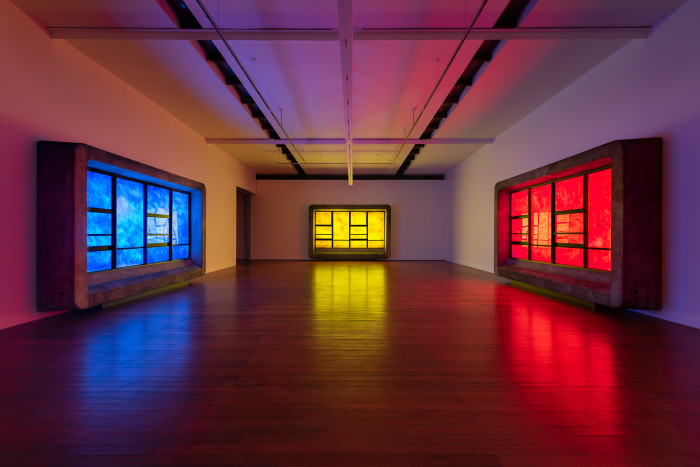 This series of works started with the near end of a building and the certain end of the community that once lived in it.

The Sirius building was designed in 1978 by NSW Housing Commission architect Tao Gofers and was built to provide a home for many of the original residents of The Rocks in Sydney who, as part of the Rocks Resident Action Group, had fought to remain living in the area with the assistance of the now famous Green Bans movement of the 1960’s and 70’s. The building was a type of miracle. It was a place where low income communities could afford to live in beautifully designed apartments with a view of the water, of the Opera House or the Harbour Bridge.

The building’s concrete brutalism precisely matches the social ambitions of progressive governments of that period and more specifically, in the case of Sirius, the democratic ambitions of community-based housing. When its heritage status was refused and people called its rough material truth ugly, they were denying the politics of social equality that it represents. One cannot go without the other.

In recent times the building has been a site of a new contest in The Rocks. Ignoring its reputation as a significant piece of brutalist architecture, the NSW government have wanted to raze it and replace it with a luxury apartment complex. By the time I was exploring the idea of making this work, most of the residents had been moved out and a wire fence and security guards had been installed around its perimeter.

In 2016 the activist group Friends of Miller’s Point arranged for me to have a tour of the building and to visit Myra Demetriou, the last remaining resident. She was 90 years old at the time and her flat on the top floor looked down on the cruise ships and ferries of Sydney Cove and across the water to Bennelong Point and the Opera House. Installed in Myra’s study was an LED strip light roughly taped to the window spelling out, rather appropriately, the distress signal SOS (Save Our Sirius). These red letters blinked over the city at night as if from the topmast of a sinking ship.

This plea was drenched in sadness for me because a plea that saves a ship and not its crew is an end, a passing.I love the ship, I’m glad the ship survives as a memorial, but in many ways, like all memorials, it’s got the stench of death about it. It’s a ghost ship.

My Sirius window replicas are like screens that have been whited out and redacted. Each has inside it a coloured light that refers to the blue, red and yellow painted exhaust ducts and service pipes scattered across the building’s roof. These colours move in time with the endlessly looping soundtracks. In one a machine keeps trying to shut down over and over again. In another, Siri, the voice of the future, describes things without one. In the final one, the Doomsday clock keeps looping back to its never-ending beginning.