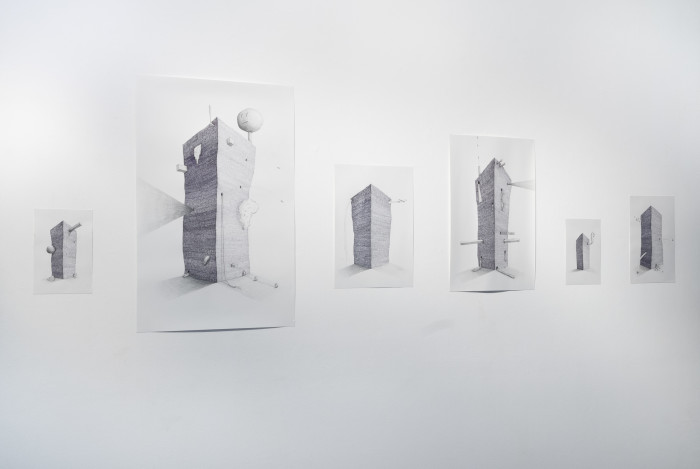 Through the simple repetitive motion of a pen, great structures slowly rise up. Perhaps real, huge buildings or cities are also constructed in this way, an accumulation of simple, tiny and personal activities. By pasting phenomena of various scales and meanings onto it, the tower comes to contain infinite space within it and starts breathing. It is impossible to capture every detail of all phenomena simultaneously occurring, things of which I am aware and unaware keep coming in and out continuously. It is like a model of a city or architecture as an organic phenomenon, as well as a single human being.