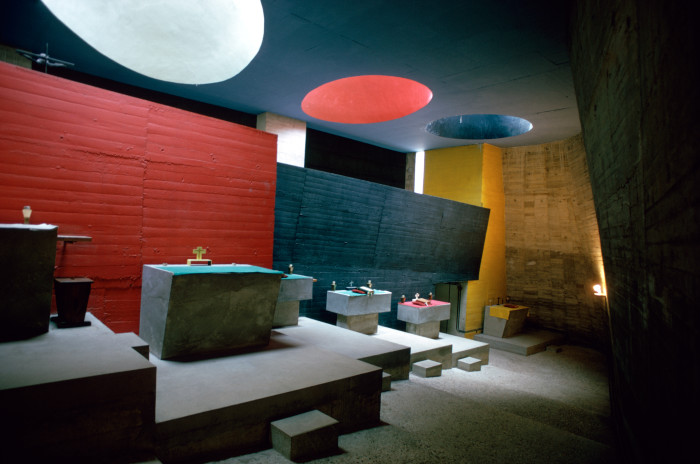 Roslyn Oxley9 Gallery is delighted to present an exhibition of large architecture photographs by Harry Seidler, from his recent book The Grand Tour—Harry Seidler: Travelling the World with an Architect's Eye (Taschen, 2003). Seidler is known for his modernist buildings during a career spanning more than fifty years. He has built a great variety of work, from houses such as the Rose Seidler House (1950) in Sydney, to skyscrapers both in Australia and internationally. The immensely successful book of Seidler's photographic work has sold over 25,000 copies, and is now in its second printing. It has been translated from English into six languages.

Seidler writes, "One can appreciate traditional architecture in relation to its period, the given circumstances of man's artistic aspirations, technical means and the socio-political conditions of the time, as against the involved, active enthusiasm evoked by the masterpieces of the time in which one builds." Taken during his many travels between projects and teaching positions worldwide, these photographs reveal personal sites of interest, subjective viewpoints selected from among the architect's extensive knowledge of architectural history. Ancient buildings, dating from 3000 BC are juxtaposed with the latest cutting-edge architecture.

The photographs reveal the insight of an architect's eye: strong framing composition and sensitivity to the features of each building, and an appreciation of a building's significance within its time and ours, anchor these works as testaments to what Seidler considers to be the peak achievements of architecture through the ages.

Considered one of Australia's foremost architects, Harry Seidler was born in 1923 in Vienna Austria. His work is built upon and extends the tenets of modern architecture, with many completed projects in Australia and countries in Europe, Central America and Asia. Best known for his domestic work, apartments and high-rise offices, he built the Australian Embassy in Paris, the Hong Kong Club and Offices, Australia Square, Grosvenor Place, MLC Centre and Horizon apartment towers in Sydney, QV1 in Perth and the Shell Headquarters in Melbourne. In Vienna, he has built a self contained community for 2,500 people along the Danube. He graduated architecture at the University of Manitoba, Canada (with 1st class Honours (1944) before winning a scholarship to Harvard, attending Walter Gropius' Masters Class (M.Arch 1946). He studied Design under Josef Albers and became Marcel Breuer's chief assistant in New York (1946-48). After working with Oscar Niemeyer in Rio de Janeiro, he commenced architectural practice in Sydney, Australia in 1949. His first commissioned house in Australia, the Rose Seidler House (1950) at Wahroonga, is owned and operated as a House Museum by the Historic Houses Trust of NSW.