Sarah Contos
The Bite Mark of a Butterfly 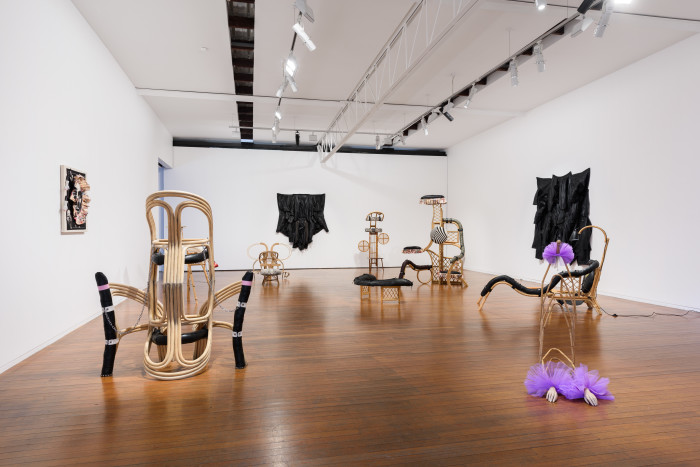 When Bela Lugosi died, they buried him in his Dracula costume.

The caped ball and chain that followed him around since he debuted the character on the cinema screen in 1931 was now sinking with him into the earth and immortalising him eternally as the myth he played.

The existential despair that vampires experience is cold and deep.

Here is a photograph of the actor at home on 10841 Whipple Street, North Hollywood - casually sucking on a pipe alongside his cane furniture pieces. 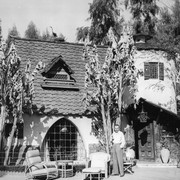 Sometimes, before heading out - and although it hasn’t happened for a while - I like to get dressed, apply the perfume, put the handbag on the shoulder, open the apartment front door, and exit. Placing the key back in the lock, I re-enter quietly and sit perfectly still on the sofa.

It’s a superfluous act to experience the house I occupy without the presence of ‘me’ in it. To see if the furniture has shifted - even slightly - taken movement in the second my back turned.

Then, I gently visualize myself in the woody pee-smelling elevator, descending down two flights. Quickly checking my lipstick, my hair, my outfit in the scratchy mirror before exiting the building and into the world ahead.

I am Schrodinger’s Cat. I am Gwyneth Paltrow. I am a butterfly effect.

My friend suggested that the moth was the sad cousin of the butterfly. This may be true.

One charging towards light with all the symbolism of determination, faith and drive as any book on the ‘Secret Signs and Symbols of Nature’ will tell you. Their bodies hopelessly thumping against midnight walls trying to find a flicker, a flame, an answer, an exit - only to be found breathless on concrete floors and carpeted corners come morning.

The butterfly is its effortless opposite.

A colourful and vivacious “ooohh and ahhhh” blur that flirts with the wind across the warm light of day.

Young hearts ignited and fluttering in hope that the creature will land on a shoulder, a hand - even for a second - allowing a moment to swoon over its inimitable patterns and gradients.

A textbook representation for the fleeting beauty of life -

It’s an intimate kiss two can share without using the mouth.

It’s Sunday morning’s petrichor alarm clock erasing a night you would rather forget.

It’s a soft reminder that the loop of metamorphosis is ever present, the only indefatigable and beautiful constant.

Sarah Contos (b.1978) was awarded the 2019 Studio Scholarship at Cite Internationale des Arts in Paris by the Art Gallery of New South Wales. In 2018 Contos presented a major commissioned work ‘Nikola Tesla Sends Theda Bara To Mars’ as part of the Balnaves Contemporary Intervention Series at the main foyer of the National Gallery of Australia, Canberra. In 2017 Contos won the inaugural $100,000 Ramsay Art Prize - now considered one of Australia’s most prestigious contemporary art awards presented by the Art Gallery of South Australia. In the same year she was also a finalist in the John Fries Memorial Prize and the Redlands Art Prize in 2017.