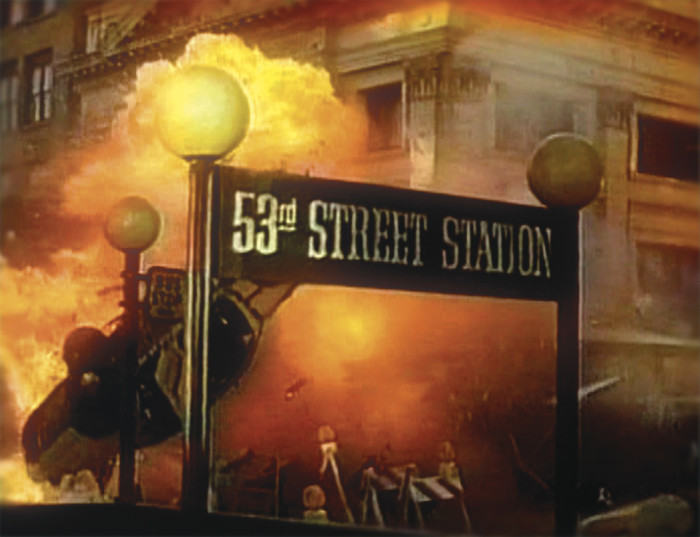 Lately I’ve been making portraits I really like making them and I want them to be my on going project for a while.

So far I’ve been photographing people who cross my path from the art, fashion, entertainment, business and political worlds, as well as family and friends or whom ever I think is very original and great looking.  Except this will be a problem and my portrait project will never finish because I think everyone has the potential to be great looking!

The twelve people I show here are open human beings; look at how they are all smiling up a storm.  These people are all laughing at my jokes. Sometimes I had to work hard and crack jokes to get them to smile. These portraits are in a way a mirror of myself, because the gleam in the eye you see here is my gleam reflected back at me.

I shot the portraits paparazzi style straight on with a simple digital flash camera at art exhibition openings, book launches, fashion shows and glamorous parties in New York, London, Milan, Sydney and Melbourne, oh and on the Sunshine beach Australia (my brother Lloyd), throughout 2006-2007.  The idea was to capture people at their very best, at public events.  At parties everyone’s energy is high and everyone is dressed up and polished and willing to pose. One afternoon I did try to photograph some people in my cramped New York loft, but afternoon is when I get the usual artist’s (women’s) low energy depression and yearn for chocolate. These stilted afternoon portraits shot in natural light turned out lousy and it wasn’t because of my willing subjects but because of ME.  To shoot such luminous portraits I need the buzz of a social event around me.  I mysteriously pick up on the buzz and transfer my energy to the subject. It is really very interesting.

I’ve cropped the face showing only three quarters of it, not the full face.  I’ve discovered that this three quarter cropping is in fact everyone’s most flattering angle.  I’ve tilted everyone to the right and it’s as if they are peeking playfully around a doorway at me.  In some cases I played God and switched people’s sides. For example if a person’s happiest side turned out to be their left side I digitally flipped it over to the right side and used it.  Who is to notice this?  The great mystery of the human face is that when we beam unselfconsciously one side is in fact happier than the other.  Our faces are not symmetrical, one eye is larger than the other, our hair is thinner on one side than the other, and our mouth can change dramatically from one side to the other.

On the computer I added bright coloured paint splatters in the background because I wanted the visual feel to be like when one of those confetti guns go off at a party.  For each person I tested out various coloured backgrounds and strangely only one colour seemed to sit with each person.  For example a red background just didn’t work for my Sydney art dealer Roslyn Oxley, because of her fair skin but instead turquoise blue like her eyes helped to anchor the picture. I can’t wait to make more portraits and to continue my journey into the mysteries of the beautiful human face.

Tracey Moffatt’s video collage, Doomed, features depictions of doom and destruction – war, violence and terror – as they appear in cinema, one of our entertainment options. In collaboration with Gary Hillberg, with whom she made Love (2003), Artist (2000) and Lip (1999), Doomed comprises cut-and paste editing techniques in a highly entertaining and black-humorous take on the bleak side of our current psychological landscape. Moffatt’s film looks at both entirely fictional and reconstructed disastrous events. Each scene carries a particular cargo of references. They occupy their own unique symbolism and filmic territory – the poignant, sublime and epic, the tragic, the B-grade and downright trashy. The accumulation of scenes, however, within Moffatt’s own essaying, creates a narrative whole comprised of parts.  Not only does Moffatt play within the ‘disaster’ genre, re-presenting representations, she revels in it. Moffatt points at how the viewer is involved in filmic narratives through the emotionally hook, by the promise of imminent disaster, an important narrative device.

Moffatt’s film itself is crafted with introduction, body, finale – a presentation of the form of filmic entertainment, as well as ‘art as entertainment’. The soundtrack builds and peaks – emotive, and a central device in journeying through sequence to climactic effect. Music manipulates, and is itself thoroughly entertaining. It is important that the title ‘Doomed’ has the quality of the not yet destroyed. It is a description that is applied on individuals, families, lovers, politics, and nations – an observation made from the outside and yet containing the possibility (read hope) that situations can be salvaged.

Tracey Moffatt is one of Australia’s leading contemporary artists as well as being an artist of international significance. Since her first solo exhibition in Sydney in 1989, she has had numerous solo exhibitions in major museums around the world. Working in photography, film and video, Moffatt first gained significant critical acclaim when her short film Night Cries was selected for official competition at the 1990 Cannes Film Festival. Her first feature film, beDevil, was also selected for Cannes in 1993. In 1997, she was invited to exhibit in the Aperto section of the Venice Biennale. A major exhibition of Moffatt’s work was held at the Dia Center for the Arts in New York in 1997/98 which consolidated her international reputation. Recently, comprehensive survey exhibitions of Moffatt’s work have been held at the Museum of Contemporary Art, Sydney and the Hasselblad Centre in Goteburg, Sweden. The new monograph, ‘The Moving Images of Tracey Moffatt’ by Dr Catherine Summerhayes, is soon to be published by Charta Publishers, Milan.

Tracey Moffatt was the recipient of the 2007 Infinity Award for art by the International Center of Photography, New York. Infinity Awards are given for outstanding achievements in photography by honoring individuals with distinguished careers in the field and by identifying future luminaries.