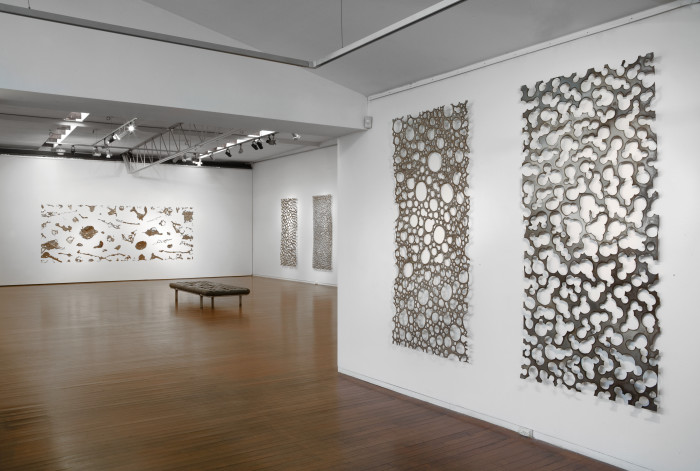 Whatever shape existence takes – sentient or insentient, person, tree or rock – has simultaneously tangible and intangible characteristics. The tangible is the physical and visible and the intangible is shadow realm comprised of the myriad and infinite shifting relationships that bring form into being – embodied reality.

Lindy Lee has exhibited her work nationally and internationally for three decades. In 2013 the University of Queensland Art Museum will present a survey show of her work curated by Michele Helmrich. Lindy Lee was recently awarded the New Century Garden commission to create a new public space in Sydney’s Chinatown. Lee is a founding member of Gallery 4A and she is currently a trustee of the Art Gallery of New South Wales. She is a former board member of Artspace and the Australian Centre of Photography, former president of the Asian Australian Artists Association and former deputy chair of the Visual Arts and Craft Fund, Australia Council. Lee’s work is held in a number of private and corporate collections including the National Gallery of Australia, the Art Gallery of New South Wales, the Museum of Contemporary Art, the Art Gallery of Western Australia and the Art Gallery of South Australia. Lindy Lee has been represented by Roslyn Oxley9 Gallery since 1986.