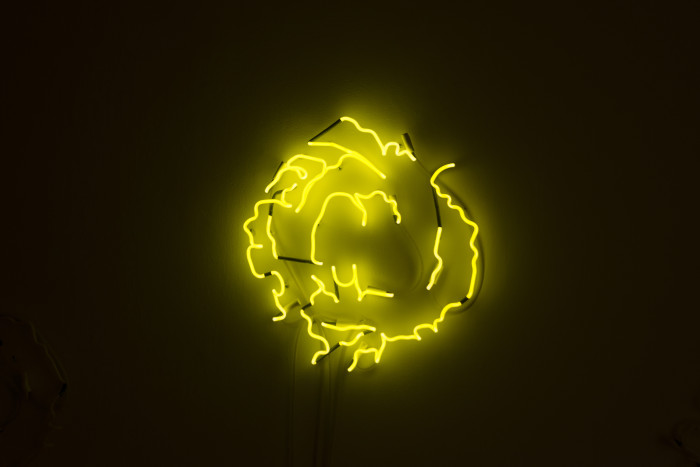 Roslyn Oxley9 Gallery is delighted to announce a new solo exhibition by Marley Dawson. Untitled (Neon Tumbleweed –
Voltarc 11370) is a mesmerizing, eight-part neon that poetically describes the trajectory of a tumbleweed going to seed. The tumbleweed is an introduced species in the United States yet it has become an iconic part of the American landscape. Dawson’s neon version of the ubiquitous plant appropriates a commercial medium to explore the tumbleweed’s iconic status in American culture. The mechanized neon sequence mimics the rolling action of a lone tumbleweed, a scene so often depicted in Hollywood Westerns. Undulating across the landscape, Dawson’s tumbleweed is also a metaphor for the passing of time and the cyclical nature of life.

Marley Dawson would like to thank Bree Pickering, Christopher Hanrahan, Craig and Libby at Kraft Studios and Joy and Tony Dawson.