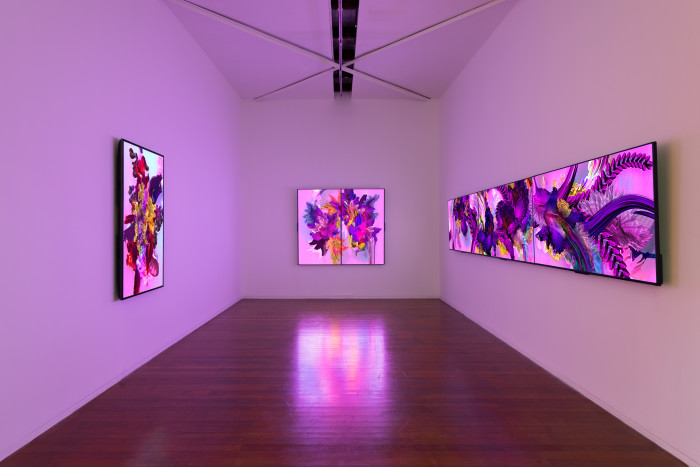 Roslyn Oxley9 Gallery is pleased to present our first solo exhibition with video artist Harley Ives. His spellbinding work is concerned with the material qualities of the moving image and how they can be directed to discern a painterly quality in video. In particular, Picture with flowers (2019) presents a new perspective on the flower still life genre. Devoid of real flowers, the sculptural forms are composed of trashy clips appropriated from YouTube - the largest online platform for video sharing - and a mediated space of consumption, voyeurism, and cheap entertainment. Ives’ video works perform alchemy on this spam, transforming it into a mesmerising, aesthetically beautiful composition and making this collapse of high and low culture, and the material and immaterial, an object of contemplation.